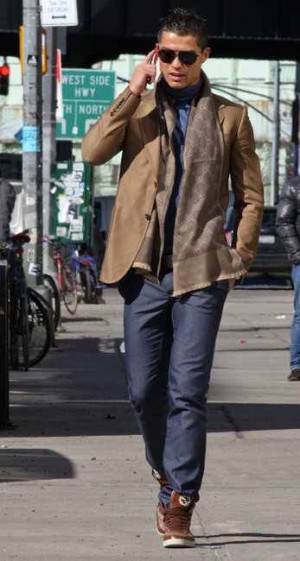 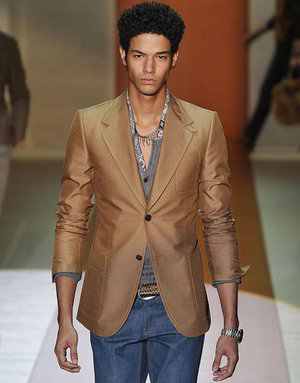 Another celebrity spotted in a Gucci spring jacket is English guitarist/music producer Mark Ronson who’s seen in the picture below in a white coat and trousers from the Gucci Spring/Summer Menswear Collection. 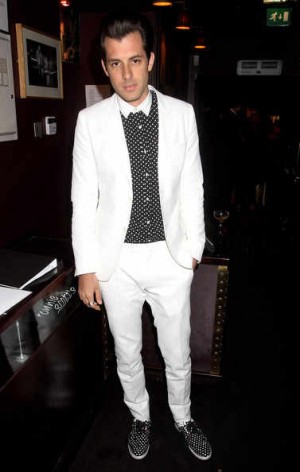 Here’s a runway model in the Gucci Spring ensemble seen on Mark Ronson above. For more celebrities wearing Gucci menswear check out this Gucci Heritage Suit on John Legend. 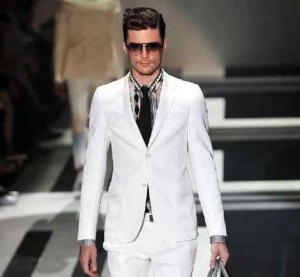 Spring Jackets for Men: Gucci Spring Coats and Jackets Spring/Summer Collection. For the spring and summer months, these are what Gucci is offering for you male fashionistas. Take your pick and tell us which of these outfits is your favorite. 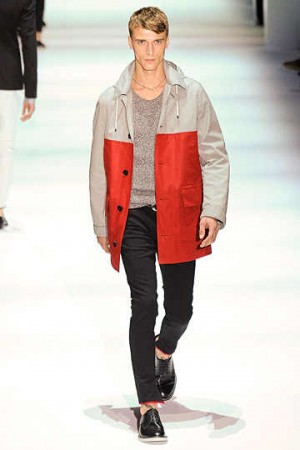 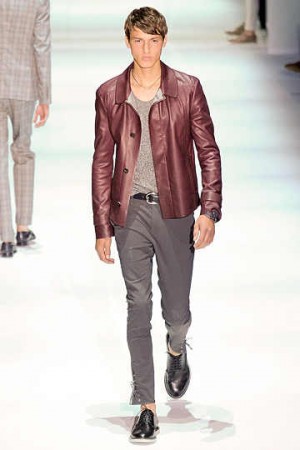 The shiny, silvery jacket tux which is something we’d see Cristiano Ronaldo wearing? 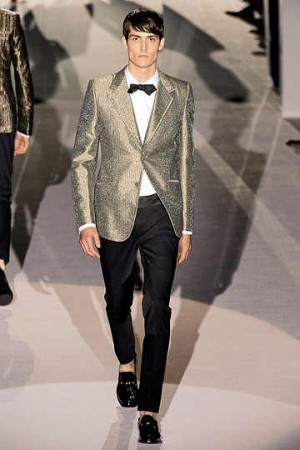 The classic black tuxedo jacket that reminds you of your junior prom outfit? 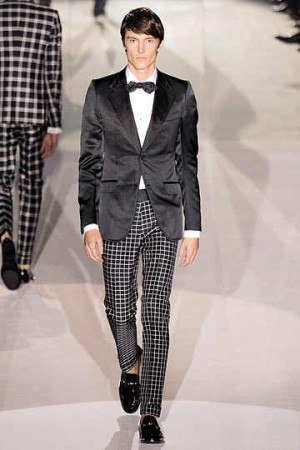 The red long coat? This is our friend Kevin’s favorite mens spring jacket. 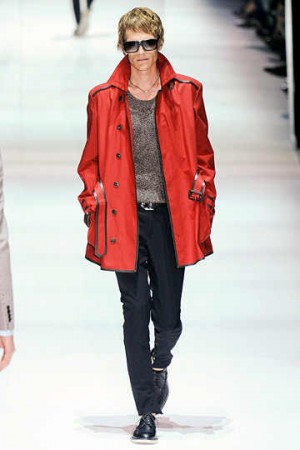 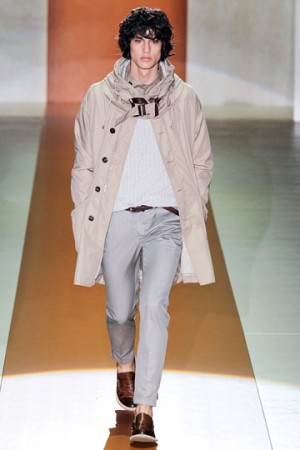 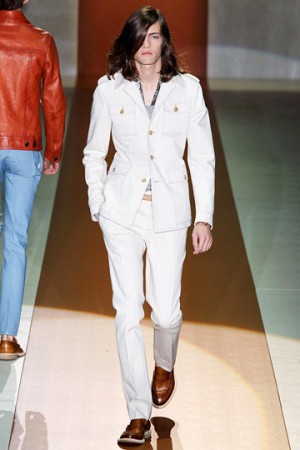 Other Gucci coats/jackets for men: 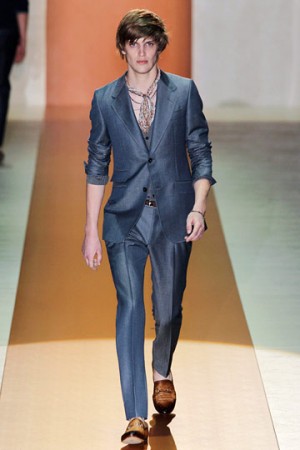 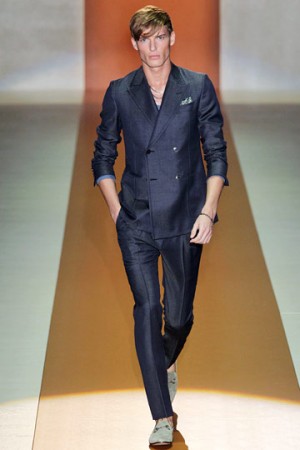 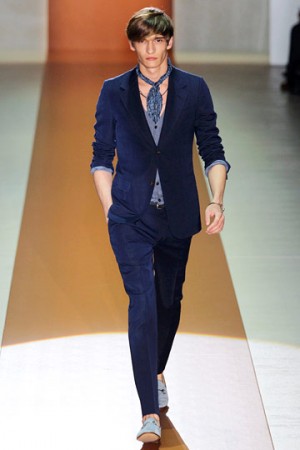 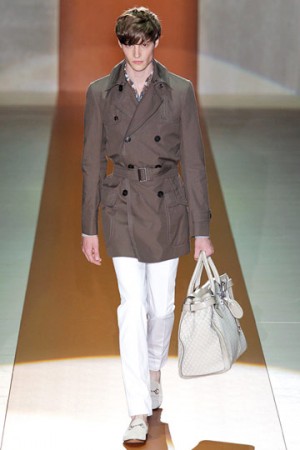