Did you know that rugby great Ben Cohen used to be a spokesmodel for Swiss underwear brand Sloggi? We didn’t know either. We thought he’s just wearing a sexy white underwear for a random photoshoot in the picture above but the image is apparently from a Sloggi campaign from a few years back.

Want more photos of our imaginary rugby boyfriend in his Sloggi underwear? Here you go, UnderwearWatchers! Ben and some pals in their white Sloggis. 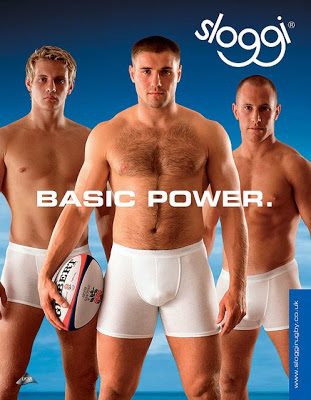 Who says you can’t play rugby in your underwear? Surely not this rugby hunk who has a world championship title to his name. [He’s a member of the England national team which won the 2003 World Cup.]

Question to those in the know: What does Sloggi mean with their “Basic Power” slogan? We’re guessing it means real men need no enhancements in their underwear (we’re looking at you 2xist) but that’s just us speculating. [Want more mens white underwear?] 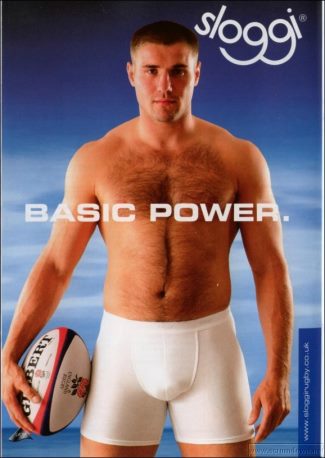 Other athletes who did some modeling stints for mens Sloggi underwear include Scottish footballer Steven Lennon and British footballer Gary Martin. Here’s their Sloggi ad campaign: 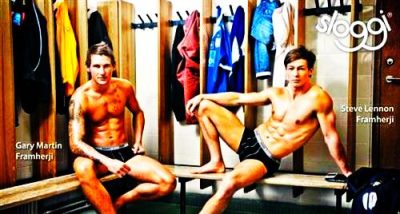 Pressan.is tells us more about the ad (original in Icelandic and translated by Google Translate):

True and fair readers drove such a big eyes yesterday when it came to nærfataframleiðandinn góðkunni published an Icelandic Sloggi underwear ads for men where exactly these two footballers settling itself in almost one bucket and just seem proud of it.

We’re confused with the translation but we get the gist. Anyhoo, our fourth celebrity athlete who modeled for Sloggi is Dutch football player John Heitinga. Check him out in his Sloggi boxer briefs and his girls, girls, girls. Is it us or does Heitinga resemble Steve O in the pic below? 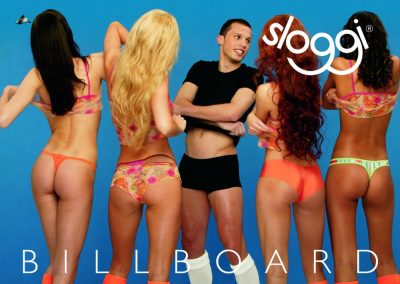 Here’s another handsome boy to include in our list of mens Sloggi underwear hunks: French Canadian (Québécois) supermodel Philippe Leblond who headlined the brand’s Fall/Winter 2012-2013 campaign.

Another pic of Philippe in his Sloggis. 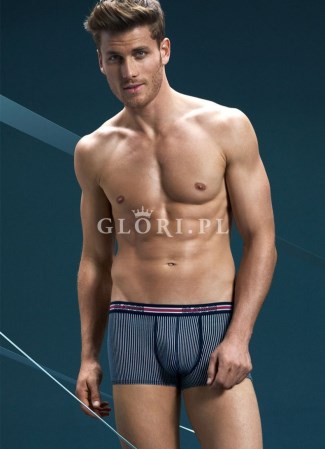 And here’s male model and Survivor castaway Jay Byars in a Sloggi swimwear. 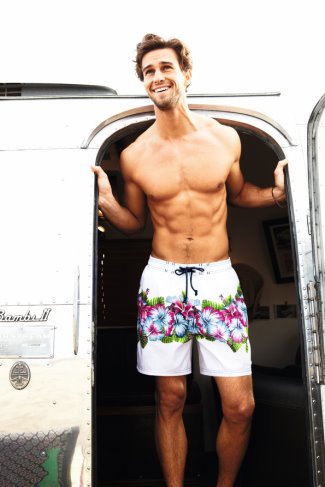 By the way, Survivor fans, we already started blogging about the latest Survivor hunks in the upcoming 29th edition of the best reality show in the world. Check out our very first hunk: lacrosse player Alec Christy.