Best Mens Underwear in the World Update. We are updating our posts to see whether there have been developments in the past decade over the subject matter we posted about and we’re sad to note that it seems like the Unno brand stopped making its Anatomic line. We say this because, sadly, we don’t see any posts promoting the Unno Anatomic in the company’s social media pages.

Neither is it mentioned in the website so it is likely that they have discontinued this style which made headlines about 11 years ago. On a positive note, Unno still does make men’s underwear and they look pretty dope in our eyes. Here are some pics we grabbed from Unno’s Instagram page: 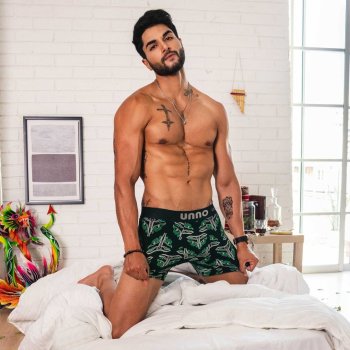 END_OF_DOCUMENT_TOKEN_TO_BE_REPLACED

Mens Workout Underwear. Here’s a question from reader Bryan T: Your site is becoming more of an underwear site rather than a celebrity site so I might as well ask you this question, “Is there a specific workout underwear for men? Or will your regular briefs or boxers suffice when you are doing any kind of workout whether at the gym or somewhere else?”

Bryan’s question is actually similar to this query on Yahoo! Answers which goes like this:

Workout underwear (male)? Okay so I know that men should be concerned about their you-know-what during workouts (specially when lifting weights). So I was wondering what type of underwear is better for working out men! I’m talking about some cardio, and some light weights (can eventually become heavier) and stuff like that. Between compression shorts, boxer briefs and jock straps which one is better for your b*lls?

END_OF_DOCUMENT_TOKEN_TO_BE_REPLACED

Want more men’s workout underwear? Well, check out these Jockey Performance Underwear. If you want to buy a pair or two, now’s the time to do it because Jockey has an online sale for some of its cotton and microfiber performance underwear.

Check out the price markdowns below: