Mens Lingerie Underwear for Hot and Manly Guys. Today in men wearing women’s clothes, we bring you guys who love them some women’s-style lingerie. You know, like Jack Tweed and his pals who made headlines a few years ago when they were snapped in these photos: 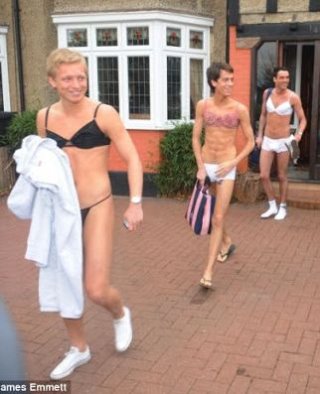 Wait, there’s more. Damn, Mark Wright. He sure can wear anything and look good in them, doesn’t he? 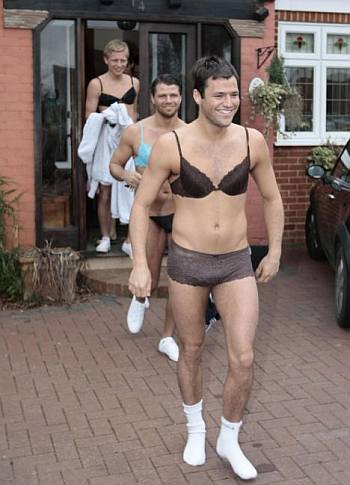 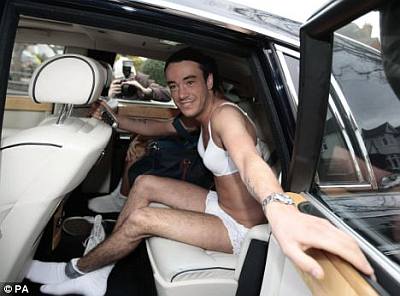 Does wearing lingerie make a man less macho? Is a man who likes to wear women’s-style underwear less manly or less masculine than your boxers-wearin’ or briefs-wearin’ guy? We ask because some of the denizens of onehallyu.com had an interesting back and forth over whether they would date a lingerie wearing-guy.

One of the reasons cited by one who won’t date a man who wears lingerie underwear is that it would make the guy “less macho”. When needled by the other posters to further explain herself, this is what she had to say:

The writer adds, “Macho means aggressively showing pride in masculinity. If a man wanted to show pride in masculinity, he would not be wearing feminine clothes. If a girl wanted to be macho, she would not be doing feminine things. Macho Man = Masculine extremist. Wearing female clothes = feminine. Doing feminine things does not make you less of a man. But it does make you less macho. And I like my man macho.”

We sorta agreed with her because she kinda had a point, but then we came across this photo and we were like, “Hmmm, that guy is wearing a women’s-style underwear and he looks every inch a manly macho masculine man. We would date him!” [Want some price tips on buying men’s lingerie?] 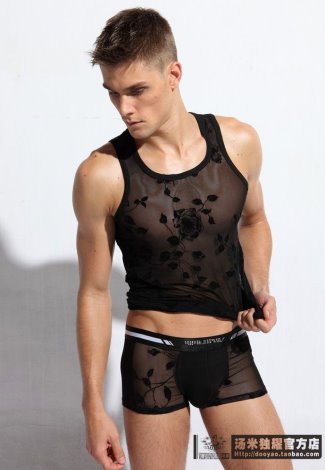 And then we also came across the next image below and we are equally impressed by the guy’s manly “machoness”. If that ain’t Grade A Beefcake, we don’t know what is.

So, as we were saying above, Palopalopalopalitopaloeh was starting to convince us that that wearing women’s-style lingerie would make a man less masculine or macho. We did a 180-degree turn when we looked at these guys wearing male lingerie and are now convinced that lingerie do not make a manly man less manly. What do you think?