Mens Lift Underwear: Bodymax From Marks and Spencer. Who says men should not enhance the way they look in the downstairs area? Certainly not the venerable British retailer which launched its line of men’s uplifting underwear called Bodymax underwear.

According to the Daily Telegraph, the Bodymax “bum lift” underpants “promise to raise the posterior by a fifth thanks to seam-free tailoring, while its ‘frontal enhancement’ pants claim to result in a 38 per cent “visual enhancement in size” as a result of an ‘integral shelf'”.

From the M&S website: “The first of their kind on the high street, our enhancing underpants are a new addition to the BODYMAX range. Made using the latest fabric technology, BODYMAX pants come in two styles – bum lift pants and a frontal enhancement pants.”

What does the internet commentariat community think about the Bodymax male enhancer underwear?

Here’s five of our favorite comments from the Daily Telegraph:

That’s true but your expenses will add up if you’re gonna buy a banana everyday, right? Unless of course you want to sport an impressive package one day and be a deflated “b*lgeless” man the next day.

Hehe. Good point. Hopefully, by the time you reach the “I’ll show mine and you show yours” stage, your amazing and charming personality would have won her over.

Actually, those padded bras don’t just disguise, they also promise something that’s not there which, i.e., big boobs. But we see your point.

Very true. But we knew a girl who is more interested in the size thing than in the personality thing. Come to think of it, this kind of girl is made for the kind of man who go for products like this.

Oh, you should still keep it for emergencies. Hehe.

For more men’s enhanced underwear, check out 2xist lift underwear as well as Andrew Christian’s pushup underwear. For some hilarity, you might also want to check out Ezra Kemp’s review of male b*lge enhancers.

…..
Male Models in Bodymax Underwear (23 September 2011). Wondering what you would look like if you buy yourself a Bodymax underwear? Thankfully, we’ve got some male models to show us how this outfit looks on a human body. 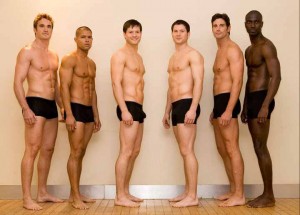 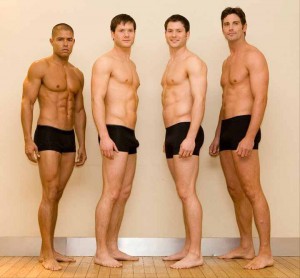 What do you think? Is the protuberance cool enough for yah?