Mens Enhancing Underwear: Kellan Lutz in Calvin Klein Advertisement. There’s no way in underwear heaven that Kellan Lutz’s Calvin Klein underwear is not as enhanced as the men’s “uplifting” Japanese briefs aka manjapanties, or the ridiculous but shock jocks from Andrew Andrew Christian, as well as Roland Rodoli’s Push-Up Mens Underwear. No way those things are real. 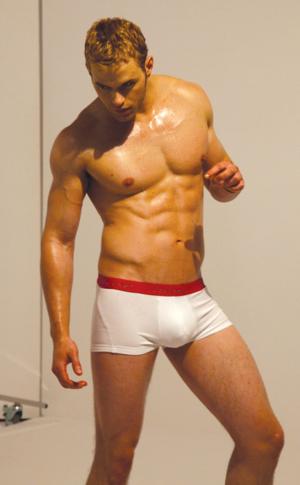 But maybe guys are really into these mens enhancing underwear stuff? After all, if there’s no market for this kinds of things, designers won’t be making them right? It’s the male version of wonderbra. Do you think its here to stay or will these enhanced briefs for men be gone with the wind ten years from now. You know, like the shoulder pads of the 80s which women think were cool back then but are pretty ridiculous in hindsight. 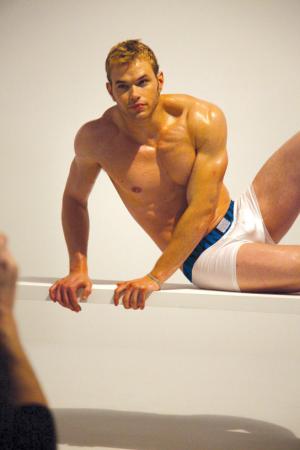 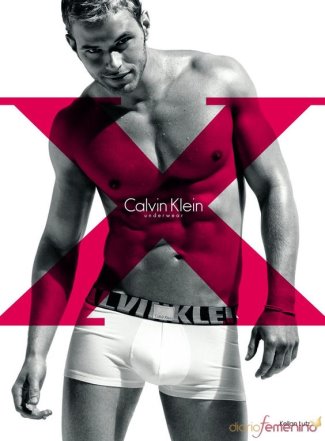 On second thought, we are not sure anymore if the Hollywood actor benefited from a “mens enhancing underwear treatment” when he did this photoshoot. 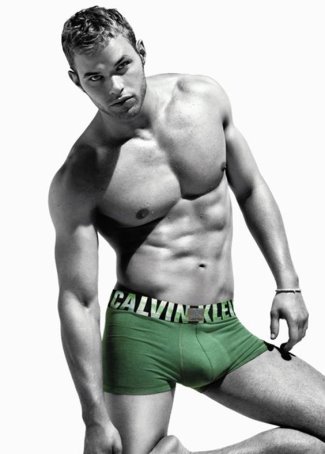 If he did, it would be the typical enhancement that male models and celebrities go through when they pose for underwear ads.

You might be interested in this Metro US interview where he talks about his newest modeling gig with Calvin Klein. His undies may be enhanced but he sounds like a cool guy.

Before you began acting, you were a model. What about Calvin Klein underwear made you want to go back to modeling again?
I got into modeling because I was in a financial crisis. It was a great way to make money. I never thought I was pretty by any means. But it was great to be a part of that world. And the pinnacle of that world is to be on a billboard. I grew up wearing Calvin Klein. As a model, I dreamt of being Marky Mark, being on a billboard, and selling that company.

Speaking of Marky Mark, were you nervous about comparisons when shooting this campaign?
I was thrilled. I loved Marky-Mark’s campaign. And by no means was I trying to fill his britches or, uh, boxer-briefs. I was just stepping into them and doing my best to follow his footsteps. And that’s all I can hope and pray for. I think the audience has really enjoyed the campaign, so it’s nice to be a part of it.

Since you were already in production, did you really have to prepare physically for this Calvin Klein campaign?
Well, I did. You know Emmett, my character, is more of the big guy. So I don’t need the washboard abs, just the size. I did a lot of push-ups and tons of protein. But for Calvin Klein, it’s underwear. So I called up my buddy Rich McDonald, who’s a personal trainer friend of mine. He put me on a great diet that took out the candy (which I love) and the carbs past 4 o’clock (which I break here and there). And he told me a great thing, which is to drink water as much as you can. ’Cause when you don’t drink water, your body needs to hold on to it to stay hydrated. So I started training with him and he got me into the shape that I need to be for the campaign. I trained for two weeks.