Men Wearing Jockey Underwear: Tim Tebow, Jonathan Aube, Chad Pinther. Want to see some men wearing Jockey underwear? We blogged about Jockey male underwear models a year ago but we know you love some male models and their undies so let’s have a second installment, shall we? 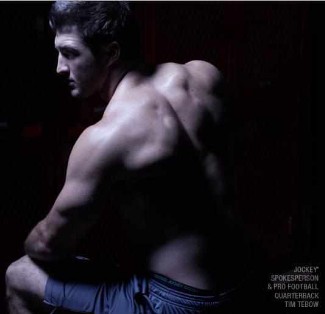 By now, you already know that American football player Tim Tebow is a celebrity model for Jockey Underwear. Obviously, he wants to be the NFL version of David Beckham but it looks like he doesn’t have the goods or the right package to be an underwear model. For what kind of underwear model is he if the best photo he can produce is a dark one that shows his backside?

If he were a contestant in a male version of America’s Next Top Model (ANTM-Men) Tyra would go, “You look like you escaped from a mental institution. This is the worst photograph I have ever seen. Your arms look amputated, your legs look amputated, and you it looks like you don’t have a p*n*s. Sorry.”

Would you believe that someone actually said that in ANTM history? But it isn’t Tyra. The credit goes to our favorite ANTM judge ever, the first supermodel in the world Janice Dickinson. Although what she actually said is “…it looks like you have a p*n*s” but we added “don’t” because that’s what applies to Tim Tebow aka the Most Famous Male Virgin of the World (although that would be easily remedied if his fellow footballer Rob Gronkowski would have his way).

Anyhoo, here are other men who modeled for Jockey Underwear. Unlike Tim, they do have the right package. Chad Pinther, an American model originally from Des Moines, Iowa headlined a Jockey underwear campaign a few years back. 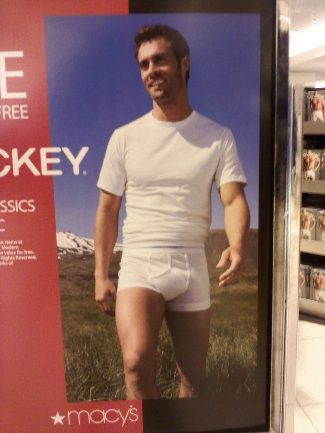 And here’s Jonathan Aube, a California hunk who headlined another advertising campaign for the brand. Jonathan is one male model who has crossed over to TV/movies (think Mark Wahlberg or Channing Tatum but to a much lesser degree) but he continues to do modeling work according to his ModelMayhem profile. 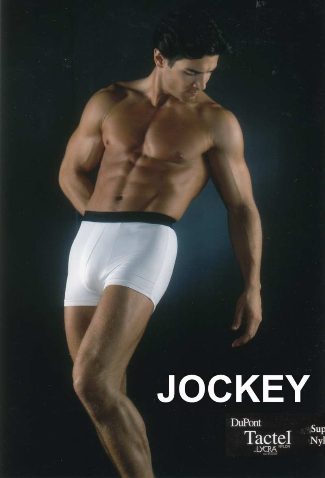