Men Wearing Bras. Hello, Famewatchers! We made a list of famous male celebrities who were spotted wearing bras for you. Check it out and pick your favorite bra-wearin’ famous man, will yah?

Ben Koldyke and Amaury Nolasco. The two actors wore bras in the ABC sitcom Work It about guys who pretend to be women to keep their jobs as sales representatives. After much criticism and low ratings the show was cancelled after only two episodes. 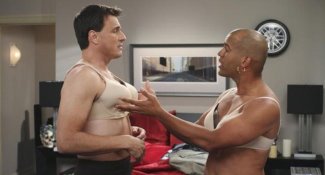 Israel CrossFit Team Members. Avi Yona, Ram Dover, and Gil Lior stripped to show their bras during the 2016 World CrossFit Championship. People thought they did it as a statement of support for gender equality but they later clarified that they “simply meant to bring some color and playfulness into the event”. Whatever their reason, these Israeli men wearing bras were cheered by the fans. [Kinda Related: Corsets for Men Reviews.]

Sonny Bill Williams. Why is this Kiwi rugby great wearing a sports bra? Not for aesthetic reasons, obviously. Instead, the garment is used to keep his high-tech athlete-monitoring device in place. 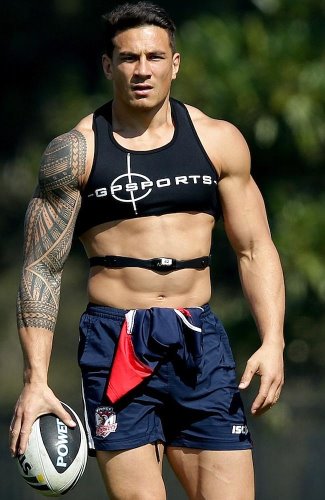 Explains Damien Hawes, international sales manager for the “sports bra” maker: “The vest holds a small player tracking unit that’s worn really tight under the jersey to quantify the demands of the game, and that data is used as a benchmark for training and to dictate recovery protocols.”

Lionel Messi. In the absence of an explanation, we are going to assume that the purpose of Lionel’s Nike sports bra is the same as SBW’s GPS bra. 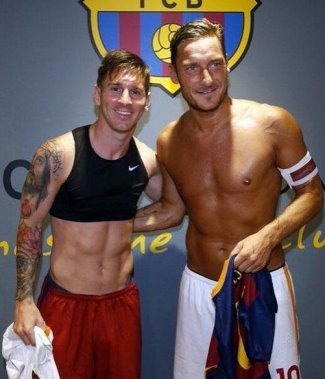 Chris Pratt. For some reason, Chris Pratt wore a bra outside his clothes when he accepted a Hasty Pudding Award in Harvard. 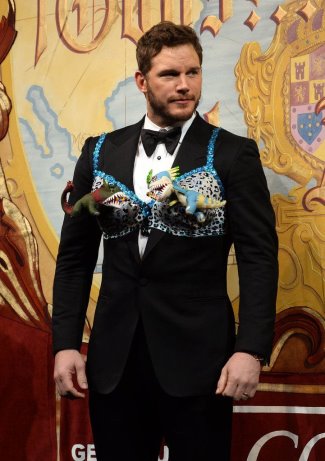 Joseph Gordon Levitt. Do Harvard students love to see famous men wearing bras? Or is this simply tradition. Here’s JGL also wearing an outside bra when he got his own Hasty Pudding. [Update: Yeah, apparently it is a Harvard Hasty Pudding thing. Other celebrities who wore bra for this event include Ryan Reynolds, Ben Stiller, and Samuel L. Jackson.]

Ioan Gruffudd. The hunky Welsh actor dances in his two-piece bikini in a Hollywood event called the 24 Hour Plays back in 2012. 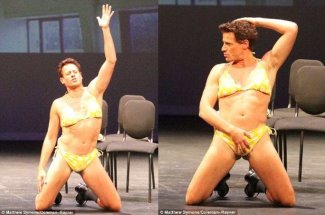 Matt Smith. Let us end this post on men wearing bras with Dr. Who and The Crown actor wearing a dress and a bra. 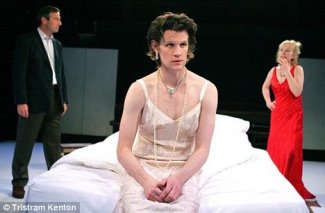 Bonus: Who would not want to see this fake or photoshopped image of Ryan Gosling rocking his bra? Hehe. 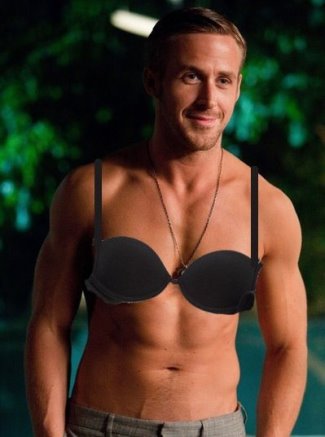 So, fellow Famewatchers, who of these famous men wearing bras is your favorite?