What’s cool about the David Gandy for Autograph underwear? Their ain’t no big label or tag “proclaiming” the name of the underwear you are wearing! Here’s what David says about his underwear line (via British Vogue):

I’ve always thought that you should never be aware that you are wearing underwear. Secondly, I don’t like too heavy branding. And, thirdly, the quality is important so that it keeps its shape. END_OF_DOCUMENT_TOKEN_TO_BE_REPLACED

Okay, to be fair, our American hunk actually didn’t pose in thongs or long johns (but we are keeping our fingers crossed that he eventually will) and the pic of him in his boxer briefs is him playing a role. But the photo below of Jayson in briefs, shared to his Twitter followers, is him being an exhibitionist. Not that we are complaining or anything. As a wise woman used to say, “More naked men equals less war and violence.” Hehe. 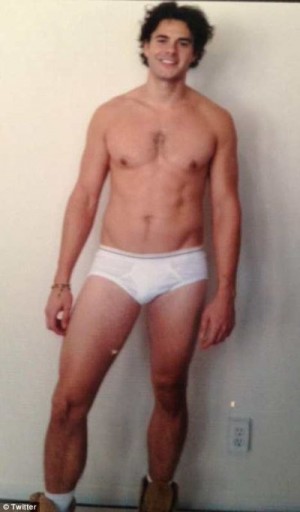 Anyhoo, we’re guessing Justin act of sharing his underwear photo has something to do with his new role (Clay Clemens) in a new sitcom (The New Normal) scheduled to premiere this coming September. The show is reportedly about a woman who becomes a surrogate mother for a gay couple who wants to start a family. Aside from Justin, the cast includes the outrageous Nene Leakes (of the Real Housewives franchise), Ellen Barkin, and the gorgeous Justin Bartha (our imaginary celebrity boyfriend ever since we saw him in The Hangover). END_OF_DOCUMENT_TOKEN_TO_BE_REPLACED 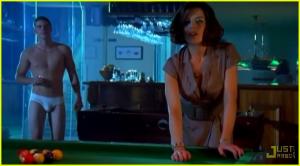 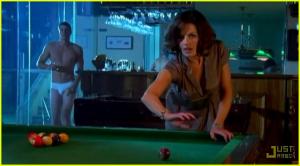