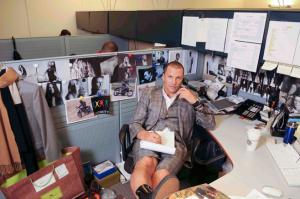 We made it up because Sean’s get-up, taken during his Vogue internship, reminds us of our grandfather. 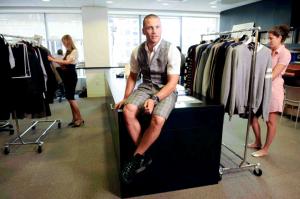 Now, what do you think of plaid shorts? Do you think they’re sexy and would like your guy to wear them? Or do they reduce a guy’s awesomeness because the plaice reminds you of your tablecloth or curtains at home?

Sean Avery on Men’s Vogue Magazine (posted 01 October 2009). Seems like all we do these days is blog about Canadian hockey hunk / male fashionista Sean Avery. If you missed our earlier posts on him, well check him out below (who’s known as the baddest badass in the NHL) trying to bring back the “grandfather plaid shorts” trend. And we did a post on him showing off his abdominal muscles. See Sean Avery’s washboard abs. 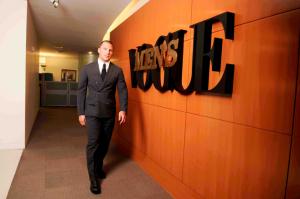 If you are tired of reading about him, well, to use the words of Kathy Griffin we say, “Just suck it”. Okay, okay, this will be the last time we’ll blog about him. Well, the last time until he does something blogworthy, that is. 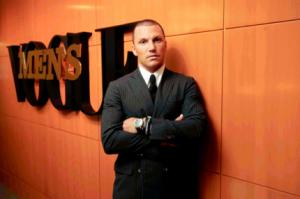 Update: Here’s what some of you are saying about Sean’s outfit.
Tom Unfiltered: As a young man (who happens to be a hardcore hockey fan who is putting his disdain for Sean Avery aside for this post) I could never imagine wearing something like that! I understand Sean is into fashion – got no problem with that – and that pushing the envelope and trying new things is considered a good thing – but in my opinion wearing ugly things should be considered a bad thing lol. Again, this has nothing to do with my dislike for Avery as a player, and everything to do with my disgust for what he’s wearing in this picture!