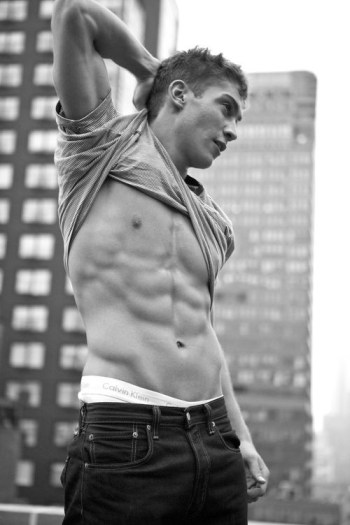 James Morosini Shirtless, Girlfriend, Calvin Klein Underwear. Who’s this guy showing us his sculpted washboard abs and his peekabo Calvin Klein undies? His name, clueless Famewatcher is James Morosini. He is an actor, a writer, and a director! If that ain’t a triple threat, we don’t know what is! 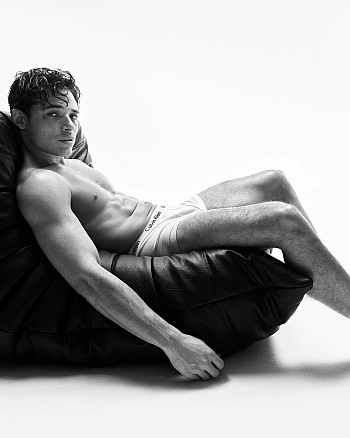 Anthony Ramos Shirtless, CK Underwear Model, Girlfriend. Look who moved from being simply Lady Gaga’s best friend to being a legit Calvin Klein underwear model in his own right? It’s Anthony Ramos! It’s not really correct though to identify the guy only as Lady Gaga’s best friend. Sure he played the best friend role in Gaga’s A Star Is Born but Ramos is actually a legit triple threat entertainer — he can act, sing, and dance — in his own right. 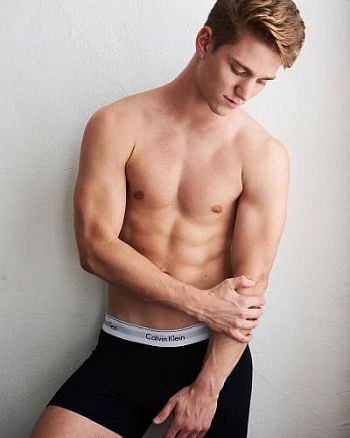 Nico Greetham Shirtless, Underwear, Girlfriend. Anyone tired of the average-ness of Ryan Murphy’s projects on Netflix? But one thing Ryan does best is introduce his audience to some cute guys and, in The Prom, the actor we are happy to discover is Nico Greetham who plays the role of Nick, a high school student who’s the love interest of the mean girl on campus. 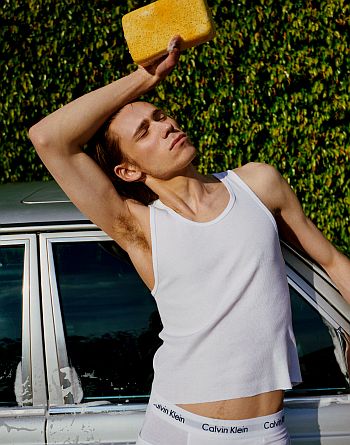 Owen Teague Shirtless, Underwear, Girlfriend. Who’s the hottie who looks like he’s about to do a car wash in his pristine white tank top shirt and Calvin Klein underwear? His name, fellow Famewatcher, is Owen Teague. He is an actor originally from Tampa, Florida. He is 22 years young. To date he’s got 29 acting credits to his name including one of our favorites, Bloodline, and the upcoming CBS All Access series The Stand. 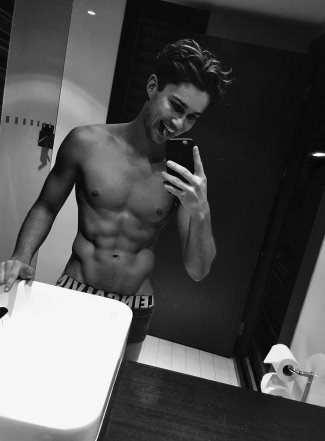 AJ Pritchard Underwear and Girlfriend Update. We are updating this post to note that the Strictly Come Dancing pro is reportedly dating girlfriend Abbie Quinnen. Apparently, the two have been an item for over a year. 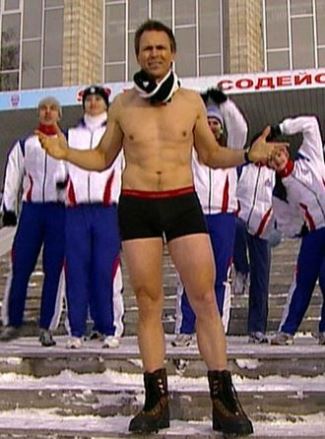 Phil Keoghan Shirtless and Underwear: Amazing Race in Russia. Oh boy! We thought all along that we already wrote a post on the awesome shirtlessness of Amazing Race host Phil Keoghan but we, apparently, have not done that! So here’s a post to rectify our mistake. Better late than never, huh?