Mel B Underwear in Burlesque. Hey, look who’s got herself a gig starring in a Las Vegas burlesque show? It’s Scary Spice herself, the gorgeous Mel B. We think her contract stipulates that she wear interesting and provocative underwear on stage. Props to Mel B. for pulling it off. Eat your heart out, Eddie Murphy. 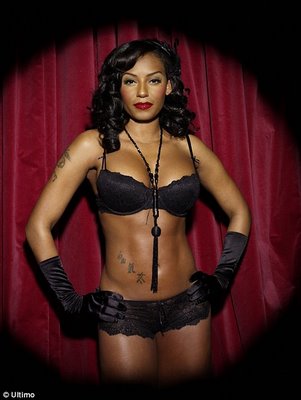 Want more photos of Mel B underwear from her LV performances? Not surprisingly them women-haters at the Daily Mail are calling our Mel “Tacky Spice” because of these pics. Go away, Daily Mail!!! We love Mel B. 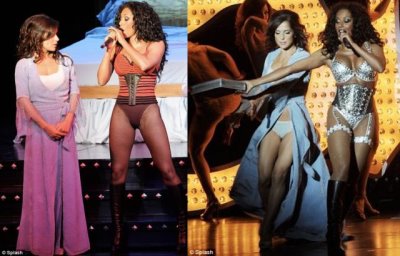 Look who are now BFF’s? It’s Lindsay Lohan and Mel B. The two reportedly got to know each other when Lindsay watched Mel B’s Las Vegas show. 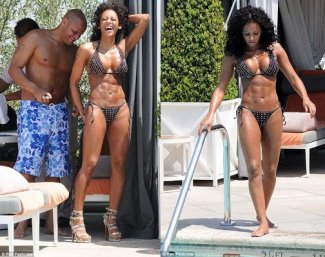 Is Melanie Brown aka Mel B aka Scary Spice the fittest female celebrity on earth? She looks so toned in these photos as she does in her Las Vegas burlesque show. She sure can give them muscled Miss America contestants a run for their money. Husband Stephen Belafonte looks in great shape too. 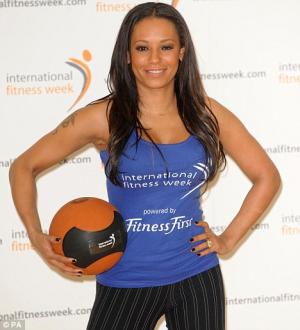 Want some girls in tank top shirts? We’re pretty sure you had enough of the sexy men in tank tops we’ve been blogging about these past few days so this time, let’s start a new fashion category focused on girls in tank tops. Who better to start this category than the fittest female celebrity of them all: Melanie Brown aka Mel B. Boy. As we mentioned in earlier posts, this British singer/actress is probably the fittest gal in Hollywood. She’s an exercise nut, for sure. 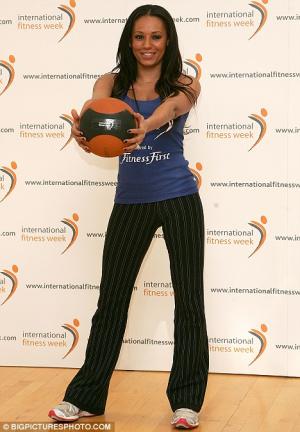 Can you identify any other female celeb who is as fit as Mel B?