Megan Fox Plastic Surgery Before and After Photos. Today in female celebrity plastic surgery, we bring you this photo of Megan Fox, aka Vinegar Slimming Diet Girl, with fiance Brian Austin Green at the Toyota Celebrity Pro Race (Long Beach Grand Prix). As Megan is kinda looking weird (what’s with the puffed up chin?), online speculations that she is having some “dental work” done to cosmetically enhance her face (Lord knows why?) are cropping up once again. 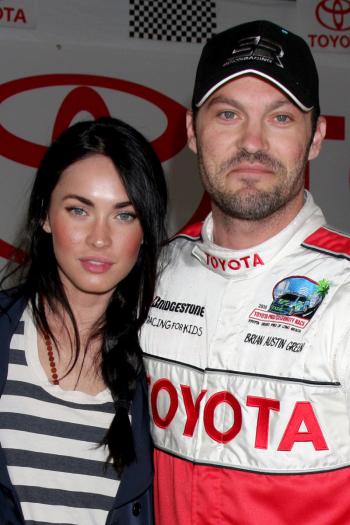 Check out an earlier pic of Megan with suspiciously “bee-stung” lips taken last January and compare it with an earlier 2009 photo of her “normal” lips. 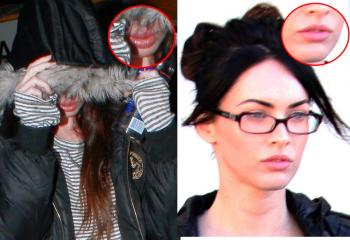 Megan Fox Plastic Surgery Update. In an interview with Radar Online, Dr. Matthew Schulman had this to say on whether or not Megan Fox had some plastic surgery:

Megan appears to have had some cosmetic procedures to her face. While she has probably not had anything major, I suspect that she has had a nose refinement and some facial fillers.

In older photos, her nose appears wider and her nasal tip has a noticeable cleft. More recent photos show a more refined and narrow nose, as well as a smoother nasal tip.

Her lips are more full and her cheekbones are higher. Likely the result of Restylane or Juvaderm.

Megan Fox plastic surgery before and after photos: 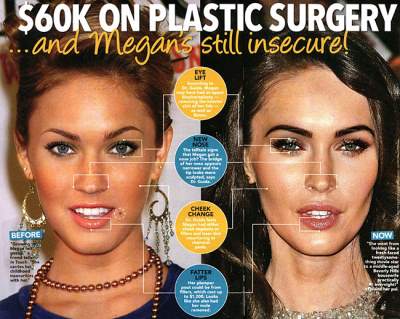 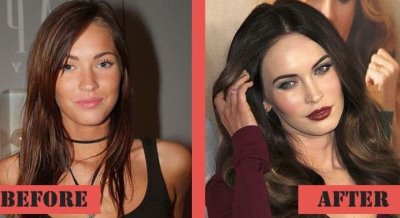 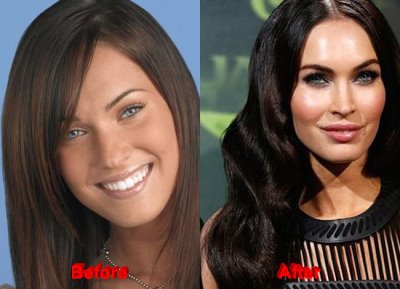 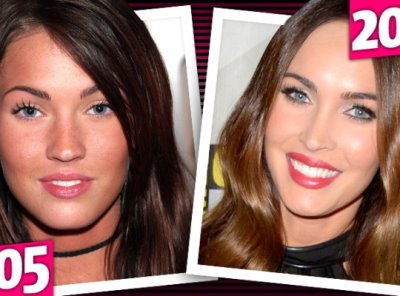 “It just cleanses out your system entirely. It will get rid of, for women who retain water weight from your menstrual cycle and all that, it gets rid of it really fast.

“I’m not one for dieting or exercising, ’cause I’m lazy and I have a really big sweet tooth, so I have to do cleanses every once in a while ’cause of the amount of sugar I take in.”

So does this vinegar thingie work? Nah, it doesn’t. Well we’re not the ones saying it doesn’t work but a dietitian named Lucy Jones:

“As attractive as it sounds, there is no magic pill, lotion or potion for a quick fix to weight loss.

“The body, including the liver, is a well-oiled detoxing machine, which will not be improved by vinegar, whether it be organic, apple cider, unfiltered, or your bog-standard malt vinegar.”

Between Megan and the dietitian, who do you think is more credible on this issue?

Want more stories on celebrity weight loss? You might want to check out this Vaser liposuction video.