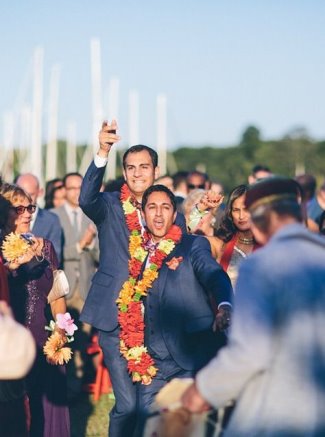 Images like these pics from Ryan Corvaia and Maulik Pancholy wedding are one of the many reasons why gay marriage is winning in the United States. How can you deny this raw happiness to people who want to be together? 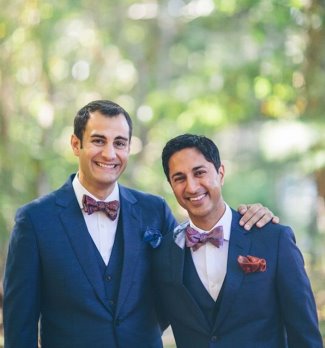 Awww. Only guys insecure in their manhood (we’re looking at you conservative Republicans) will be outwardly offended by the next photo below. Inwardly, they are very jealous and are having a hard*n. Hehehe. 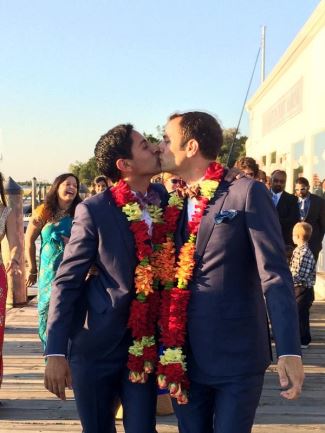 Update (10 January 2014): In one Twitter message, Maulik tells us who his boyfriend is (Ryan Corvaia) and that they are now engaged! Congratulations, lovebirds! Maulik apparently proposed to Ryan at the Taj Majal in India where, incidentally, you can be imprisoned for being gay. Brave guys! 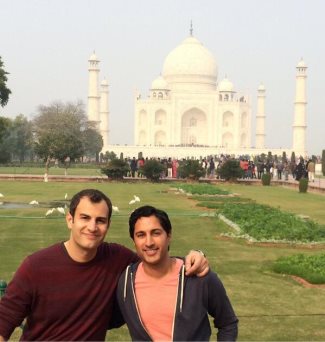 Maulik’s message goes: It only took 9 years but it’s official! Just got engaged at the Taj Mahal to @Ryan_Corvaia! YEEEESSSS! Follow him at: @MaulikPancholy

Ryan Corvaia is a restaurateur who founded and owns Dish Restaurant in NYC.

Another celebrity has come out of the closet. Who? It’s 30 Rock’s Maulik Pancholy. Are you surprised to find out that he is gay? Or do you have a good gaydar like our gay friend Kevin who, when he read Maulik’s coming out on Out Magazine said, “My dear, there’s really no need to come out. I already know you are one of us.”

Like Kevin, our friends at gay-or-straight.com also got this right. Here’s their “gay-o-meter” for Maulik:

Here’s the bit on Maulik from Out.com:

It’s been a bittersweet year for Pancholy, who waved goodbye to one memorable character — Jonathan, his overprotective assistant to Jack Donaghy on 30 Rock — and said hello to another, the title character in Nickelodeon’s animated series Sanjay and Craig (renewed for 2014). And then there were the more personal accomplishments.

“I just celebrated my nine-year anniversary with my partner,” he says. “It feels like a nice time to be celebrating something like that, especially on the heels of the DOMA and Prop 8 decisions.”

Hmmm. So who is this partner that our Maulik is talking about? He still has to reveal the lucky guy but we think it wouldn’t be long before the two of them are seen attending a red carpet event.

Could his boyfriend be Setup Squad’s Jonathan Lovitz? They look good together, don’t they? Hehe. Unfortunately, it seems like Jonathan is in a relationship with someone else. 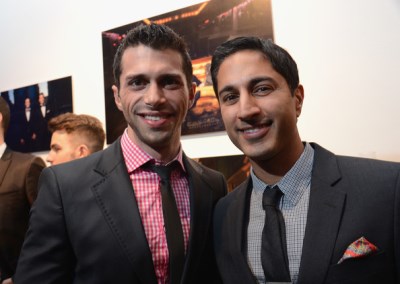 So who do you think is Pancholy’s boyfriend? Now that gay marriage is legal in several states, do you think he’d be soon tying the knot with his beau? After all, they’ve been dating for nine years already which is an “eternity” according to our friend Kevin (whose relationships lasted six months on average).

Let’s end this post with Maulik in tank top shirt for those of you who are googling for his shirtless photos. Sorry, we can’t find one so you’ll have to settle for this for the time being. 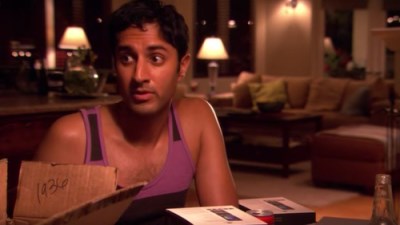