Matt Lauer Shirtless and Underwear Photos (Update 22 May 2017). Our Matt sure is the gift that keeps on giving, ain’t he? Two years ago, while we were busy elsewhere the TV host apparently stripped to his undies on morning TV. And get this, he was wearing women’s underwear. Hehe. We’re surprised this did not become a scandal or something among the circles of conservative busybodies. 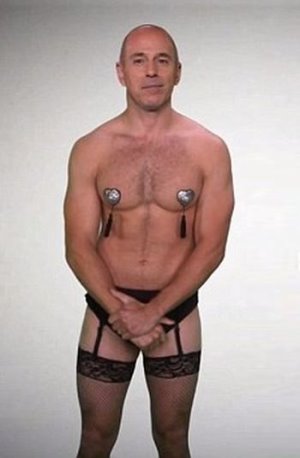 Did his rumored ex transgender girlfriend Alexis Houston teach our Matt how to wear women’s lingerie? 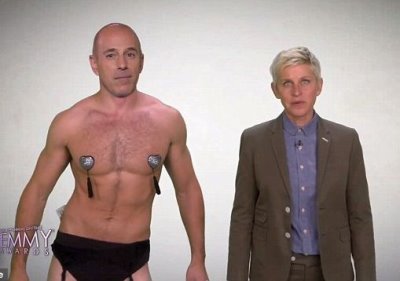 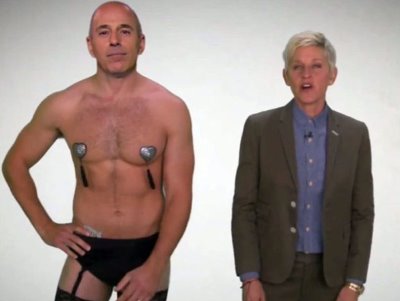 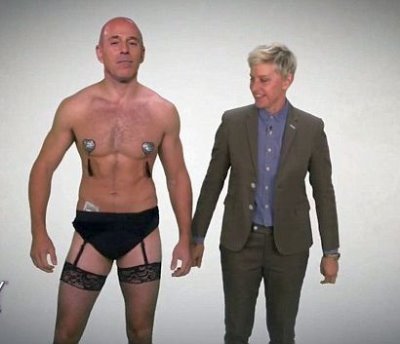 Matt Lauer Shirtless, Girlfriend Alexis Huston, and Fashion Style. If you are making a list of the best dressed men on television, you can’t go wrong if you include the Today Show’s Matt Lauer in your list. The man is an impeccable dresser and has intrigued many a netizen who wonder about who is dressing him and where he is buying those damn well-tailored suits that look oh-so-sexy on him. He hasn’t talked about where he is buying his clothes (or who is making it for him if he’s having it made bespoke) but people who know a thing about men’s fashion kinda agree that his suits are from Ermenegildo Zegna.

In fact, here’s a photo of Matt – with that other shaggable 40+ TV newsman Brian Williams and Zegna CEO Gildo Zegna – which we found on GQ Magazine. The mag mentions that the three men are wearing Zegna suits. We think this is enough confirmation that Matt does wear Zegna suits and that he really, really rocks them. 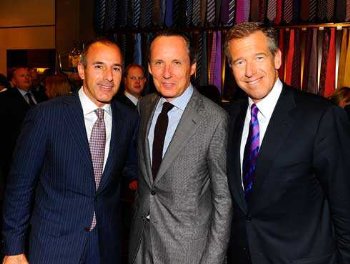 Matt Lauer Shirtless. We already know, of course, that he rocks his beach shorts, right? [Deena says: Of course we do, I’m just distracted by his sexy abs. He looks fantastic for a man in his 40s.] 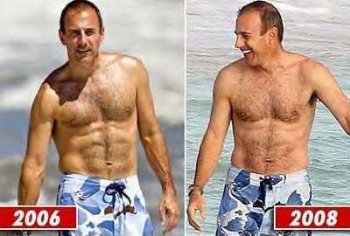 Some dislike Matt for being boyish at times but actually like it when he doesn’t act his age. Like, you know, riding Jim Carrey? 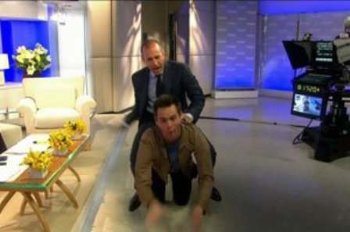 Or wearing (and rocking) his skinny pants and thus reminding us of another skinny-pant-lovin’ male celebrity – Zac Efron. 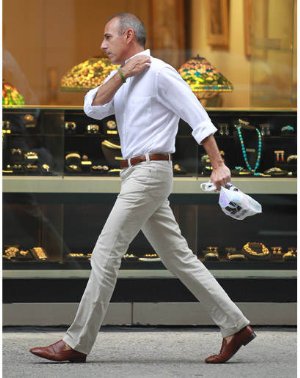 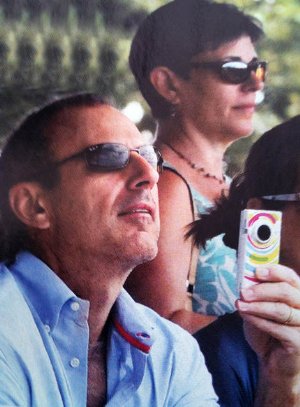 But Matt goes back to his adult self in the next picture below. 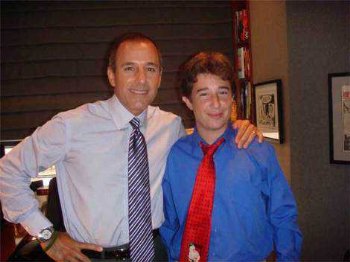 Is that a Rolex Daytona watch on his wrist? You betcha! Surely he belongs to our list of Celebrities Wearing Rolex Daytona, no? 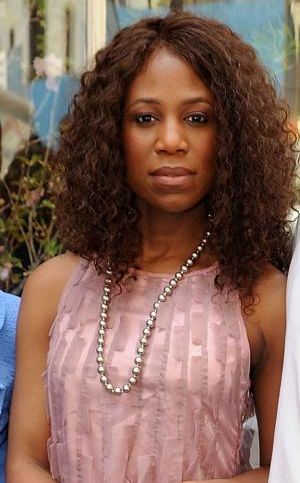 Famewatchers, meet Alexis Houston. She’s in the news because she’s been rumored to have had an affair with Matt Lauer, host of NBC’s The Today Show. She is denying that there was such an affair and even held a press conference to make her denial. Oh, and her lawyer is Gloria Allred. And, oh, she (by that we mean Alexis not Gloria) was born a man which is why we are putting her in our list of transgender celebrities. 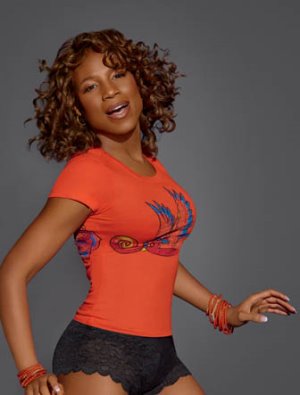