Matt Gutman Shirtless Photos Part II. Of course, we have no choice but to update this post when we came across these shirtless photos of the ABC News hunk on his Instagram page.

Apparently, he is a dog person which makes our friend Deena love the guy more. Our cat-loving friend Kevin, on the other hand went, “Cats are cooler than dogs, Matt Gutman!”

FYI, for those of you who want more shirtless Matt, go check out his Instagram (@matgutmanabc) because he occasionally shares shirtless photos and videos to his followers. We especially love, love, love the ones where he is working out. 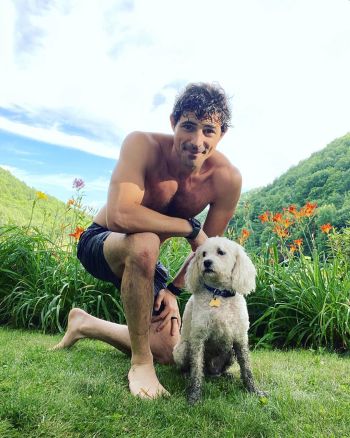 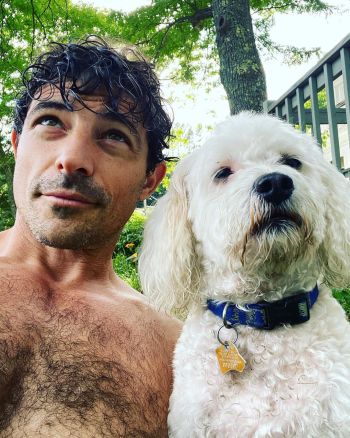 Oh, here’s our media hunk with American swimmer Allison Schmitt which he posted on Insta back in 2016. 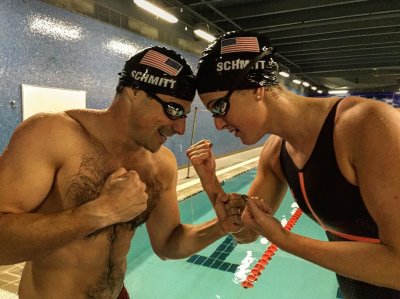 And here’s a photo of Matt working out. Yay! Did we say his workout videos are our favorite? 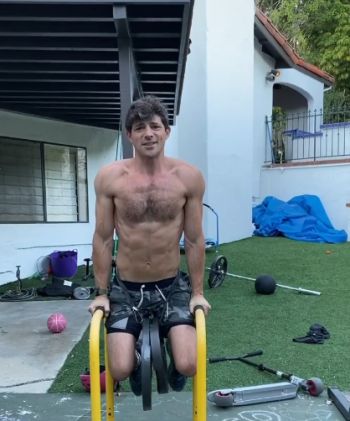 Matt Gutman Gay or Straight? He is straight and married. Here’s a photo of the ABC news man and his wife Daphna having fun in the kitchen. 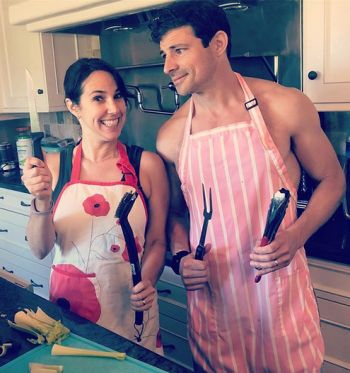 The couple are the proud parents of two children, a boy and a girl.

…..
Matt Gutman Shirtless (26 June 2014). Who’s the guy who looks like Kyle Chandler (circa Early Edition days as Gary Hobson) in the photo above? That hunk, fellow Famewatchers, is Matt Gutman. He is a TV reporter who currently works with ABC News. You wanna see a shirtless photo of him, doncha? Of course you do! Consider your wish fulfilled with the following pics. [For more media hunks, check out these Shirtless British TV Presenters.] 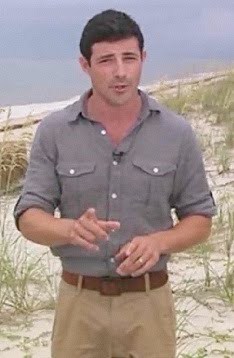 Matt: Single-handedly bringing back the hairy chest look for men! Yay! At a time of male body-shaving and body-waxing, we wish him luck in this very important mission of bringing the hairy back. 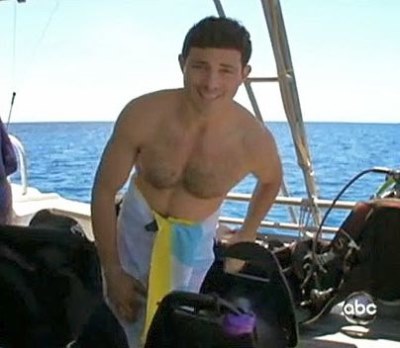 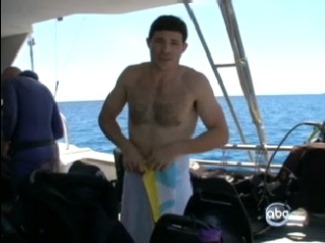 Who wants to go wet down there with Matt? 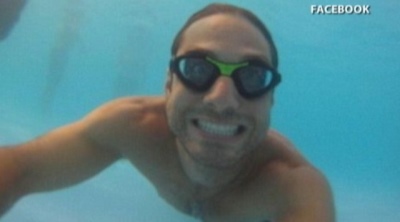 Working out in his shirtless glory.

More about Matt from his ABC profile:

Matt Gutman is an ABC News correspondent based in Miami. He reports for all ABC News broadcasts and platforms, including “World News With Diane Sawyer,” “20/20,” “Good Morning America,” and “Nightline,” often traveling across the region and over a dozen countries in Latin America and the Caribbean.
…
Before joining ABC News in 2008, Gutman was a Jerusalem-based reporter for seven years and covered every major conflict in the Middle East. Shortly after the Iraq war broke out in 2003, Gutman was in Fallujah, where he reported on the first IED attack on U.S. troops. He was also in Iraq in December 2003 when Saddam Hussein was captured, having learned the news from a shepherd who’d watched it on al Jazeera.

In 2000-2001, Gutman spent a year traveling and freelancing through Latin America and Africa. His first published article appeared in the Buenos Aires Herald in 2000.

Gutman is from Westfield, N.J. He is a graduate of Williams College in Massachusetts.

Huh? What kind of profile is that? It’s all about work, work, work! No info on whether he is married, or has a girlfriend, or in a relationship. Is he dating anyone? Is he gay? Is he straight? Do we have the chance of snagging him? Does he like to wear boxers or briefs? Or is he a free-ballin, go-commando kind of guy? Hahaha. Seriously ABC, you don’t know how to write a profile. The most important thing that internetizens care about is whether the man (or woman) in their dreams is still single and available. They don’t want waste their time dreaming about a person when said person is already in a relationship. Hahaha.

Anyhoo, if you happen to know about Matt’s relationship status, do tell in the comments. Danke schoen!