Young Matt Damon Shirtless and Speedo Photos. Apparently, Behind the Candelabra isn’t the first time our Matt wore a pair of Speedos for a movie.

He also put on a pair — and a very visible neon green one at that — in the 1999 movie The Talented Mr. Ripley where he played the role of the title character, Tom Ripley, who had a thing for Dickie Greenleaf and his carefree rich lifestyle.

Here’s the Speedo-clad Tom awkwardly approaching Dickie (played by Jude Law) on the beach and the two go on to make sweet, sweet love together. Nah, not really! That’s just a fanfic version. Haha. 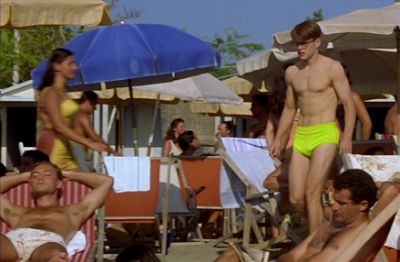 Here’s an interesting tidbit about Matt and his Speedo share by costume designer Ann Roth: “Matt Damon’s character, Ripley, comes to the beach, Portofino or somewhere, and he has no bathing suit. He has to borrow one. I found bright, screaming green wool bathing trunks for him. His skin cottage cheese white and everybody else is golden and beautiful. And he has to walk across the beach in this green bathing suit.”

She adds: “I said to Matt, ‘if you have the guts to wear this in this movie, you will win a million awards and kisses’. And he did. And I truly admired him for doing it because nobody could look good in those trunks.” 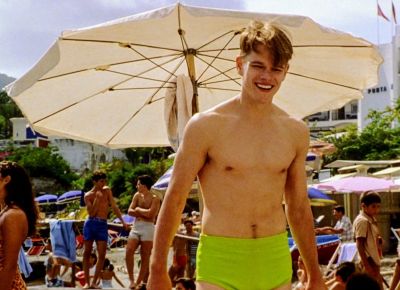 Want more fabulous photos of Matt when he was younger? Of course you do. We start with the shirtless photos, shall we? First, check him out in the movie Good Will Hunting. 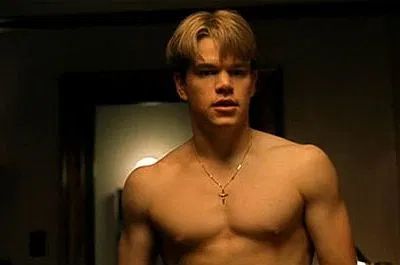 And here’s Matt in his boxer shorts for the movie The Rainmaker. 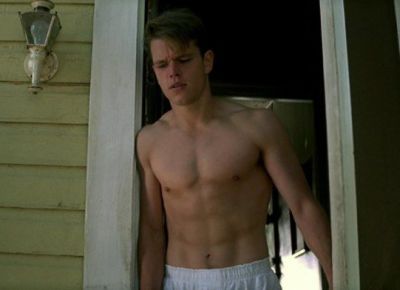 He looks so young and so cute in his tank top shirt. 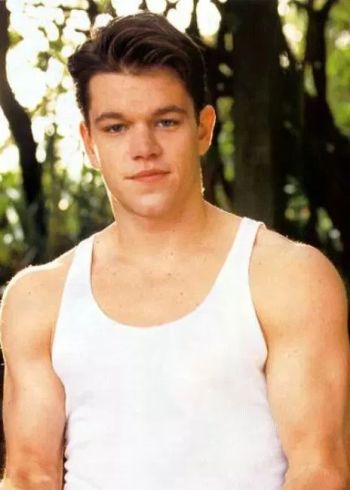 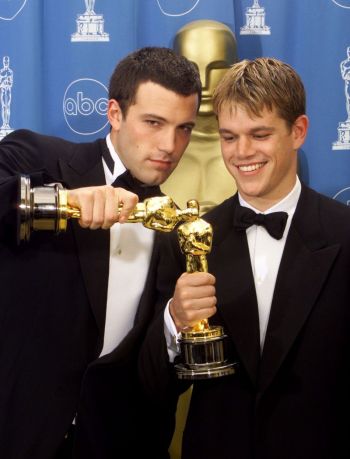 Posing like a male model in body hugging shirt. 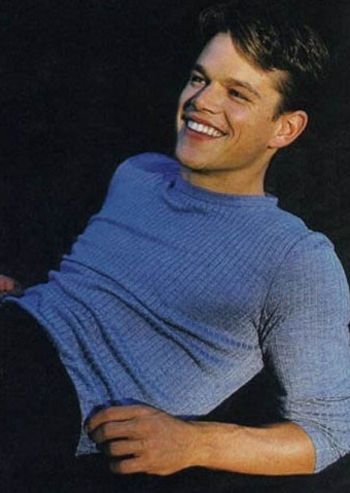 A young Matt in suit and tie. Question: Does he have his trousers open? You naughty, Matt, you! 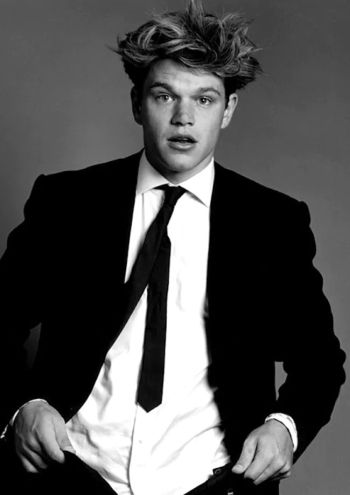 …..
Matt Damon Underwear: Boxers or Briefs? (5 February 2015). What kind of underwear does Matt Damon prefer to wear? Well, if you believe the “forumers” of the Soap Opera Network, the Hollywood A-List actor wears both briefs and boxer briefs. There’s no recorded confirmation from Matt himself so take the info with a grain of salt.

We were supposed to write this post last year when Matt’s performance as Liberace’s lover in Behind the Candelabra was all the rage. Sadly, we forgot about the task and only remembered when we came across the image below. [Who rocks his underwear better? Matt or his friend Ben Affleck?] 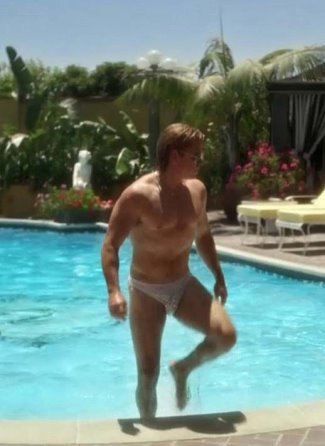 Although the Jason Bourne movies are certified blockbusters, we think it will rake in more money if the producers occasionally dress him down to his swim suits. Here are other photos of Matt Damon looking as good as the hunky Scott Thorson in Behind the Candelabra. 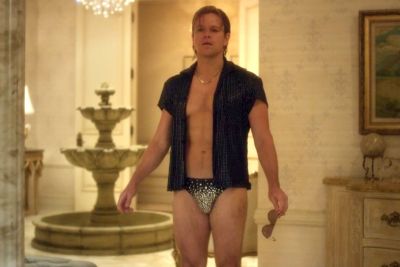 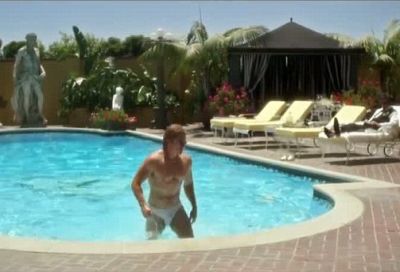 Matt Damon Underwear Brand Pick. When it comes to brand preference, the talented actor apparently is a CK kind of guy.

Via Men’s Underwear Blog, he tells us why he loves his Calvin Kleins:

“I had one pair of [CK boxerbriefs] when I was a broke actor and they were my favorite. I remember thinking, ‘When I get enough money, I’m going to buy ten pairs of these.’ A few years ago, I went into a store in New York, but the manager said, ‘Let us get those for you.’ I said, ‘No I’ll carry them over to the register.’ He said, ‘Just take the underwear.’ I said, ‘I have to pay for it, this is an important moment in my life.’ But he wouldn’t let me pay. So now I go there to get pants for all my friends.”

Those are some very lucky friends, no?