Marlon Yates Actor. There’s a new black hunk in town and, boy, are we excited seeing him. He’s a hunky hunk hunk with a hawtie, hawtie bod! Hehe. Well, judge for yourself. If that ain’t a hot brotha, we don’t know what is. 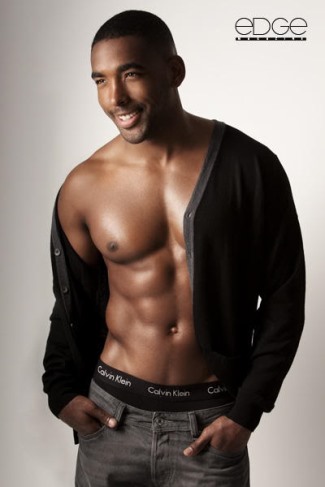 For those who are wondering, our new black hunk’s name is Marlon Yates. He’s an actor/model and he is starring in the upcoming movie Straight Outta Compton about the rise and fall of the hiphop group N.W.A (Niggaz Wit Attitudes). The film, which is getting rave reviews from critics — it currently has 92% in Rotten Tomatoes — will be opening this coming weekend.

Marlon will be playing the role of The D.O.C. (aka Tracy Lynn Curry), one of the NWA members. In an interview with Talent Monthly magazine, Marlon tells us how he got his role:

Tell us how you got the role.
“I got the role by auditioning for the role of Dr. Dre first, but F. Gary Gray thought I was too handsome for the part. After maybe three weeks I got a call and he told me to come in for the D.O.C. role instead. When I came in, I had no idea who the D.O.C. was and I had to do a chemistry read with the guys. After that, the rest is history pretty much.”

Did you always want to be an actor?
“Being an actor? Nah…this is just something I happened to stumble upon. It’s something I’ve thought about doing, but I was never sure how to approach it. I grew up playing football, so when football didn’t work out I had to figure out something I would actually enjoy doing for the rest of my life. I decided to start taking acting classes and theater classes, after that it was just great.”

Marlon Yates Underwear Model. Photo by Rick Day. Sorry, we had to delete the photo because they are too risque for our Grandma Akita. But here are pics of Marlon with CK undies peeking out from his jeans. 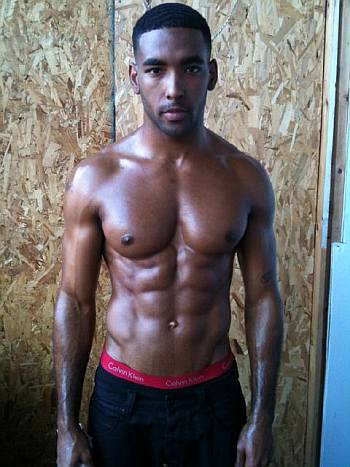 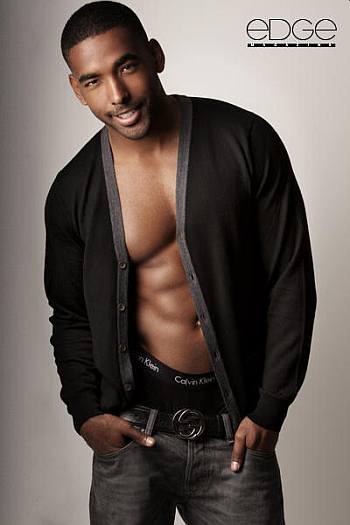 Marlon Yates Gay or Straight? The Diary of the Hollywood Street Kings alleges that Marlon Yates is a friend of Dorothy and that he, reportedly, has a profile on the gay dating website adam4adam. Marlon’s alleged profile: 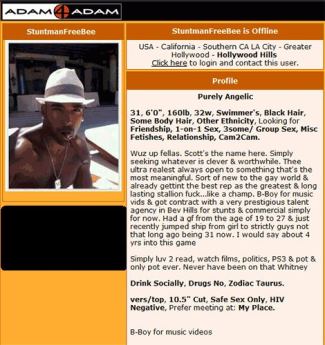 Our take? Eh! We’re pretty sure someone is impersonating Marlon and using his photos. We are not convinced that the above info is a Marlon Yates gay proof. Whoever made the profile is a catfish. What do you think? 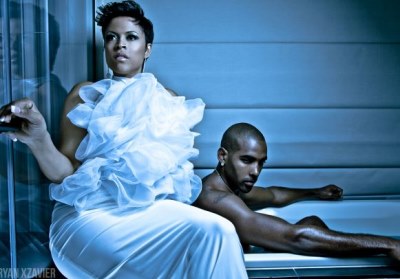 Here’s what Marlon says about dating a girlfriend more famous than him (via talentmonthly.com):

We have a question – and you don’t have to answer this. But when we were researching you, do you ever get tired of everybody referring to you as Shaunie O’Neal’s boyfriend?
“No, that doesn’t bother me at all. It is what it is… I mean, I am her boyfriend. She happens to be a name and a ‘somebody,’ in this world and I happen to be the dude that’s dating her. Her name is bigger than mine so I get attached to her that way. It’s no big deal, I’m not petty like that, like, ‘Oh man, why don’t you recognize me?’ I recognize myself, and that’s all that matters.”

You are a terrific boyfriend for saying that. You know what? It takes a really strong man to be okay with a powerful woman. We love that about you.
“Well thank you.”

It doesn’t hurt that she’s smoking hot either …
“She is! [Laughs]”

Let’s end this post with a photo of Marlon Yates and girlfriend Shaunie O’Neal. 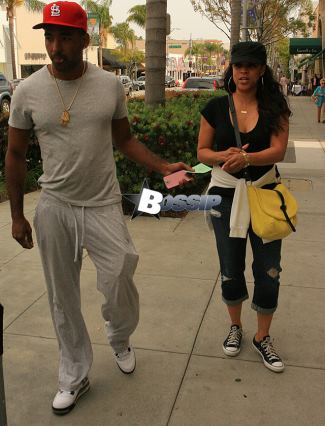 2020 Update. Apparently, Marlon and Shaunie are no longer a thing. They reportedly called it quits in 2016.