What’s cool about the David Gandy for Autograph underwear? Their ain’t no big label or tag “proclaiming” the name of the underwear you are wearing! Here’s what David says about his underwear line (via British Vogue):

I’ve always thought that you should never be aware that you are wearing underwear. Secondly, I don’t like too heavy branding. And, thirdly, the quality is important so that it keeps its shape.

The supermodel is involved not only in modeling in marketing his 28-piece underwear and sleepwear range but was also hands-on in designing the items. From vogue.co.uk:

Making the jump from model to designer is no easy transition, but it is one that Gandy found easy to make.

“I’ve genuinely enjoyed every part of the process and feel proud of the results,” he said. “I wanted to combine quality of fabrics, good design and fit, and an element of style with each piece to form the basic essentials for the range.”

What prompted M&S to sell a David Gandy underwear? Apparently, they were encouraged by the success of their collaboration with Rosie Huntington-Whiteley. From telegraph.uk:

The high street giant tested out the idea of using a model to design an underwear a couple of years ago when it enlisted the British model Rosie Huntington-Whiteley to design a lingerie range. After proving a big hit – it became the fastest selling underwear range in the store’s history – M&S decided to try it out with a men’s range.

Will David’s line be as successful as Rosie’s? We sure hope so!

If you are looking for lounge wear, check out David Gandy’s pajama bottom. 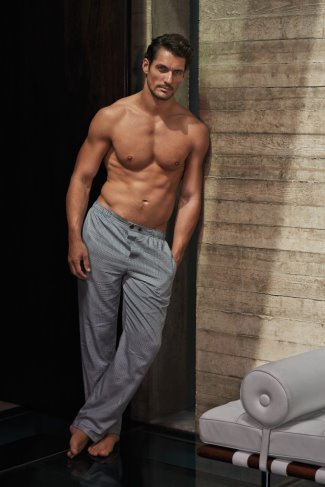 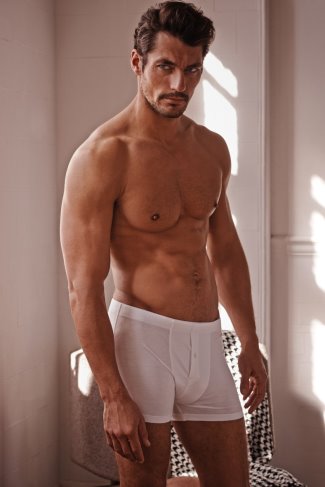 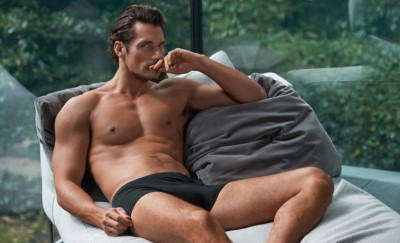 How much is a David Gandy for Autograph underwear? A pack of two of the stretch cotton rich briefs is sold for £20. The cotton trunks, cotton woven boxers, and cotton hipsters underwear costs are also sold for the same price, i.e., £20 for a pack of two. Pajama bottoms, on the other hand, comes at £27.50 per item.