Mark Strong Shirtless Photos. Sadly for those of you who are looking for shirtless photos of Mark Strong, there’s not a lot of them out there. But here’s one: 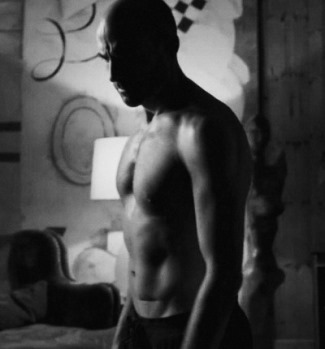 And here’s another Mark Strong shirtless pic which look like its from a POW movie or something: 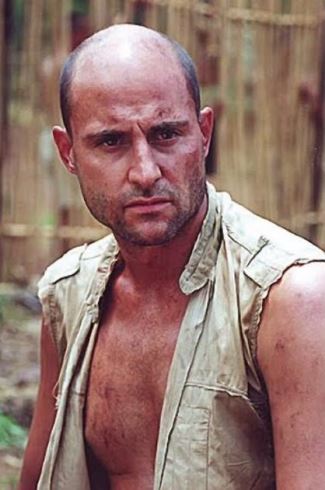 From the pages of GQ Magazine. Didn’t we say he’s a desirable villain? 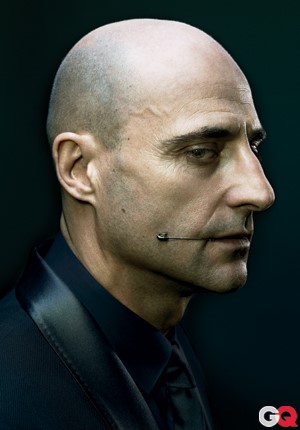 Is Mark Strong Gay or Straight? He is straight and married to Liza Marshall. The couple have two children. Here’s a pic of the happy hubby and wifey. 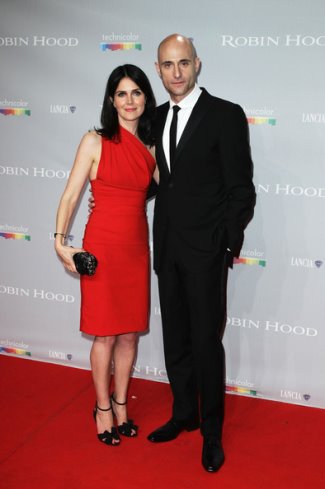 And here’s what our friends at gay-or-straight.com say about Mark’s gayness (or lack thereof):

Mark Strong gaydar: According to 22 visitors Mark Strong is 40% gay. However, the average gay-rating on gay-or-straight.com is 69%, which means Mark Strong is very straight in comparison to other celebrities on this website.

What is Mark Strong doing these days? Apparently, he’s pretty busy because he is starring in two movies to scheduled for release in the latter half of 2014. You should check him out in the movie, Before I Go to Sleep, which will be in your theater the end of October.

He also stars (with Benedict Cumberbatch, Matthew Goode, and Keira Knightley) in the thriller, The Imitation Game, which is scheduled for release in the third week of November.

That’s it for now fellow Famewatcher. If you want more hot bald celebrities, go check out our post on Bald Male Models and Actors.