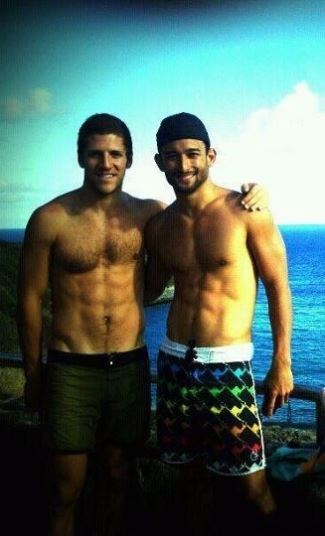 In an interview with dancespirit.com, the Mark and Jeremy reveal how they met and the beginning of their love story:

Mark: When I was a contestant on “So You Think You Can Dance” Season 4, Jeremy was assisting choreographer Tyce Diorio. That was the first time we met.

Jeremy: It was really quick—“hi” and “bye,” “nice to meet you.” But once Mark moved out to L.A. from Hawaii after the show, we started seeing each other a lot, and one night we exchanged numbers, just being friendly. After we’d been talking for a while, I said, “We need to go on a date.” We planned something for the following week, but we weren’t sure it would happen because of our work schedules—and then we ended up on the same job! It was a big Macy’s Stars of Dance number for “Dancing with the Stars.”

Here are some photos of the beautiful couple: 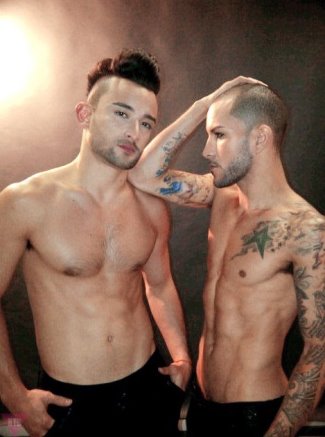 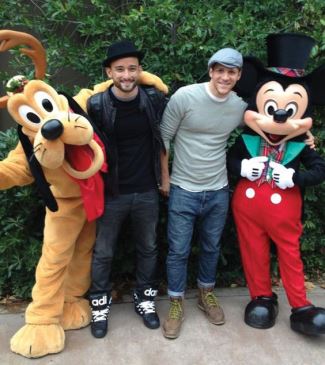 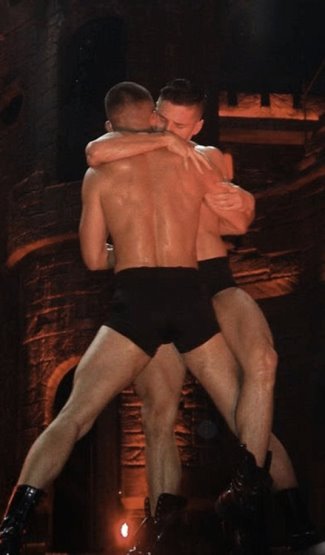 *****
Mark Kanemura Boyfriend (posted 26 June 2008). Awww. My reality TV boyfriend, Mark Kanemura is fast becoming everybody’s favorite, isn’t it. He continues to draw raves so I decided to quote what others are saying about him.

Btw, I’m officially ignoring the girl, after all we’re talking about my boyfriend here right, but will include her if mentioned by the others.

LA Times: Mark Kanemura is tall, dark and handsome, with angular features and piercing eyes. His partner, Chelsie Hightower, is like a fair-skinned cherub, with a round face and laughing eyes. They may be physical opposites, but Mark and Chelsie have a strange and special bond. They bring something quirky and eclectic to every routine they do.

buddytv: Dancing another D’Umo lyrical hip hop routine, Chelsie and Mark really stole my heart with their performance tonight. They brought so much emotion to their dance and put so much attention to detail in every single step.

OUR PREVIOUS POSTS ON MARK KANEMURA:

Mark Kanemura and Twitch Boss Solos. OMG. Mark’s solo is really funny. I love it. I love Mark too. Maybe he will become my next reality TV boyfriend. Twitch also shows us some good moves in his solo.

Mark Kanemura and Gev Manoukian. My two SYTYCD TV boyfriends, Gev Manoukian and Mark Kanemura, get paired with the ladies. They all survive the first cut. Goodie good. If Gev and Mark ever gets paired, the universe will explode because it will be total hotness, no? I’m sure my good friend Deena who also likes these guys will agree. Go, Gev and Mark!

Reality TV Boyfriend Photo of the Day. Yay. My reality TV boyfriend Mark Kanemura keeps outlasting them all. I hope he gives a great performance in the next episode to shut up those haters who’re saying that he should have been voted out.

Bye Mark Kanemura. Argh. There. I’ve given my infamous kiss of death to my other reality TV boyfriend. Mark Kanemura was voted out of So You Think You Can Dance. Maybe all this “boyfriending” reality show contestants isn’t good for them no? First, I lost Oliver Pigott, then Gev Manoukian, then Sebastian Pigott, then finally Mark Kanemura.

Bye, Mark. Our “relationship” was good while it lasted. Good luck on your career. I will be Famewatching you.