Mark Evans Actor, Singer, Farmer’s Son in Your Country Needs You. Famewatchers, meet Mark Evans our imaginary British (Welsh) boyfriend. He is sooo cute, isn’t he. Anyways, our Mark is competing in this British reality show called “Your Country Needs You”. Whoever wins will represent the UK in Eurovision 2009 which is scheduled this coming May in Moscow.

We hope Mark wins this competition because we want to see him go against Europe’s best in Moscow. 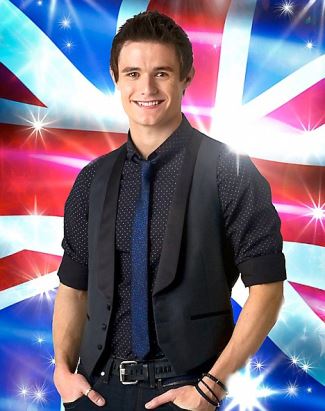 So who is our new TV boyfriend? Who is Mark Evans? Well, he tells us more about himself in these quotes we got from the Daily Mail:

On his farming background: Every Welsh farmer wants his son to follow in his footsteps. I would have followed in my dad’s muddy footsteps without thinking twice, except I got hooked on having a musical career. It’s something I really enjoy, although as a teenager I never dreamed I could do it full-time. My dad wasn’t disappointed – my family have given me every encouragement.

On getting bullied in dance school: I was the only boy in my local dance school in Denbigh, so I got quite a lot of bullying, but I’m a strong character. I dealt with it myself and I thought: “Well, I’m doing something I enjoy.” It made me more determined, which is how I live my life. So I suppose there is a similarity to Billy Elliot.

On the contest Your Country Needs You: The worst moment for me has to be the elimination process. It’s hideous. When I watch a recording with my family, I laugh out loud because I have no control over what my face or my body are doing. Knowing I haven’t been in the bottom two fills me with confidence going into the final this Saturday.

Six weeks ago, my panto was finishing and I was going to be unemployed. Then, all of a sudden, I’m in the final of this TV talent search possibly to represent the UK. It’s just amazing.

RESULT UPDATE: Too bad he lost. We’re sad. But congratulations to Jade Ewen for the win. Check out her video singing the UK’s entry piece for Eurovision, It’s My Time.

Young Mark Evans Photos (31 January 2009). Remember our British reality-TV boyfriend? You know, the Mark Evans guy who is competing to represent the UK in Eurovision? Well, here’s more photos of this cutie taken recently and when he was an adorable little kid. 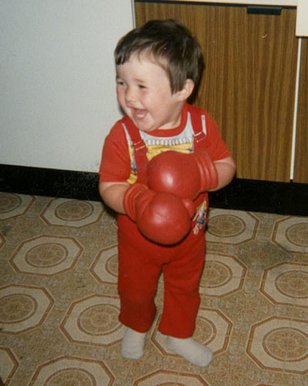 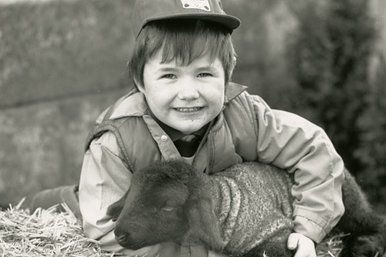 Mark Evans Actor Update (Updated 14 May 2017). Here are some Mark Evans shirtless photos for those of you looking for some. Since we blogged about him in 2009, our imaginary British boyfriend has been busy singing and acting. 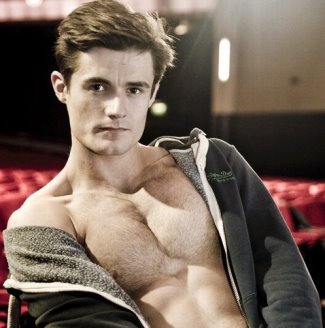 The above photo is from the Book of Mormon. We don’t know where the next pic is from but we grabbed it from his IMDB page. 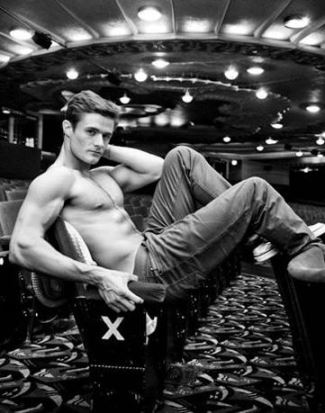