Mark Cuban Hair Transplant: Natural Hair, Wig, or Hairpiece? (posted 3 November 2014). Is our favorite billionaire Mark Cuban losing his hair? Is he going bald? Does he really wear a wig as claimed by his Shark Tank co-star Robert Herjavec? Or maybe he uses them magic hair that some men use to make their hair look thicker? Or maybe he’s not suffering any hair loss at all and his crowning glory is all-natural?

Questions, questions, and questions. Unfortunately, we don’t have a definitive answer for them unlike, say, in the case of Calum Best who was very public about his hair issues [see Calum Best Hair Transplant].

Anyhoo, we were intrigued by Mark Cuban’s hair when we came across this photo which appears to show that the Dallas Mavericks owner is balding up there: 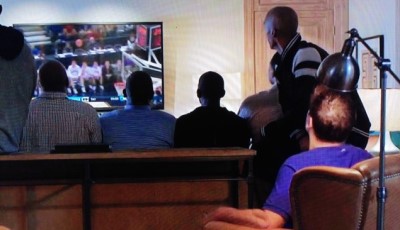 The above photo is a screencap from Mark’s AT&T U-Verse commercial. Is this proof that Mark is balding? Sure looks like it! In fact, Tim Rogers of DNA Magazine wondered why Cuban allowed AT&T to mock his baldness and suggests that the Mavericks owner should have demanded to make the final cut for the commercial:

But here’s the problem: positioned directly over his head is a lamp that, when Cuban is shot from behind, in the closing seconds of the commercial, advertises not the convenience and awesomeness of AT&T Uverse but instead the enormous bald spot atop Cuban’s head. Not judging. Just saying. If I were a billionaire, I would demand final cut of any and all such TV commercials in which I starred.

But is that really a bald spot or, considering that Cuban’s hair is all gelled up, is his glossy hair reflecting the light? You know, kind of like a mirror effect.

We can’t find the advertisement, but here’s a “making of” video which contains the relevant clip. Watch the video and decide for yourself whether Mark’s hair is a bald spot or whether the combined glossiness and bright light created a mirror effect which does look like Mark is balding.

The relevant part is found at the 2:17 mark.

Now, maybe another proof that Mark Cuban is balding is the statement said in jest by his Shark Tank colleague Robert Herjavec who had this to say (via the Daily Beast):

“Most people don’t realize this, but Mark wears a wig, it’s not really his hair, and he wears platform shoes. When Mark takes his shoes off he’s shorter than I am, he’s way shorter than Lori,” Herjavec joked.

But the roasting didn’t stop there. “He makes more deals than all of us for the first five seasons combined. He has so much money, he doesn’t care if he gets his money back, so he just throws it at anything, it’s really embarrassing,” Herjavec said, cracking a smile. “I feel bad for him. He used to be a billionaire, and now he lives in my basement…with his platform shoes and his wig.”

Hmmm, it does look like Mark is wearing a wig in this screencap from a Shark Tank episode, no? 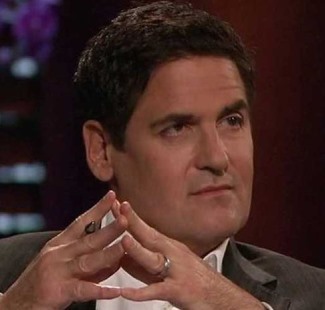 Compare the above photo with the next photos below which suggests thinning hair and hair loss: 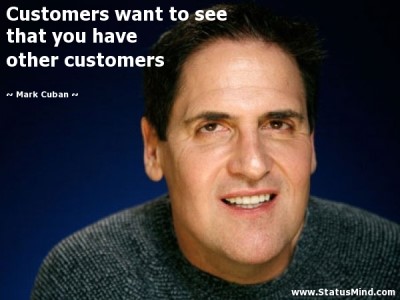 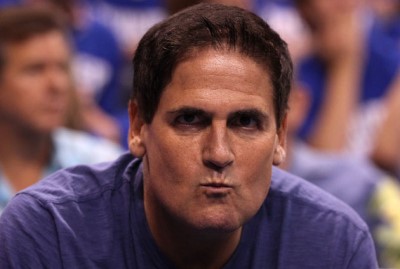 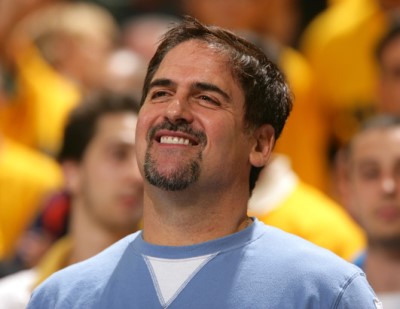 We’ll end this post with the Bald Celebrities’ (baldcelebrity.com) take on the subject of Mark Cuban’s hair:

It looks like he’s slowly been replacing what he’s lost over the years making it difficult to notice he’s been losing his hair. Looking at older pictures of Mark his hair looks like it’s thinning rather than receding, especially images where there is direct sunlight exposing his scalp. Fast forward to today and his hair is thicker, likely the results of a hair transplant. He also appears to dye his hair dark black. This covers his grey but it also gives the illusion of thicker hair. He also styles his hair in a way that seems to strategically cover certain areas.