Mario Lopez Underwear. What kind of underwear does E! TV host like to wear? Years ago, we thought he’s more of a boxer briefs kind of guy but then we saw him running in a pair of purple briefs so it is safe to say that he’s an equal-opportunity wearer.

In fact, in this post, we see him wear briefs and boxer briefs as well as lingerie for men and what looks like a pair of loincloth underwear.

By the way, did you know that the Latino hunk has, in the past few years, launched his underwear labels? He launched Rated M in 2011 and MaLo a year later. What encouraged him to come up with his own underwear brand?

Here’s what he told Women’s Wear Daily (wwd.com) in an interview: “It was always a dream of mine to get into the apparel business. I didn’t know how to begin, but I knew everybody needs underwear, so that was a good place to start. [I wanted the brand to be] fun, funny, sexy and a quality product at an affordable price. I’m a former inner-city kid and I knew Rated M would resonate with a young crowd, either Latinos or across the board.”

Good for you, Mr. Mario for pursuing your underwear dreams!

Anyhoo, as mentioned, here’s Mario running in his purple briefs after he lost a bet to co-host Maria Menounous. 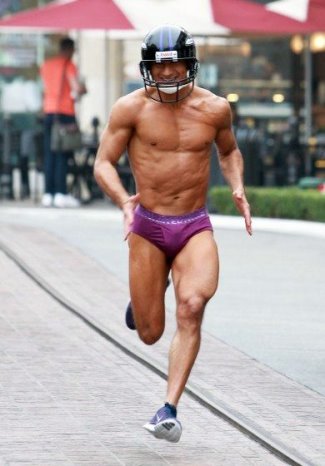 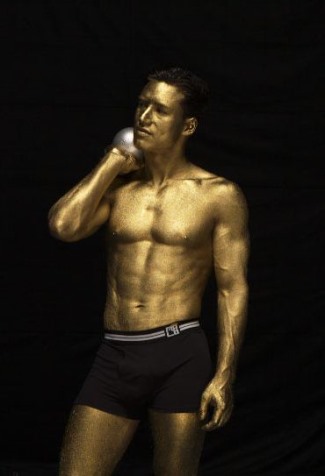 We told you he’s an equal opportunity-wearer! Here’s Mario wearing his own label, Rated M briefs.

Are we sure Mario didn’t decide to manufacture his own underwear line so we can see him modeling them? Are we a bit of an exhibitionist, Mr. M?