Mario Casas Shirtless. Did you by any chance watch Palms Tress in the Snow on Netflix? It’s a pretty good movie for sure. But the thing we most like about the film is the fact that it introduced us to this handsome 29-year-old Spanish hunk Mario Casas. 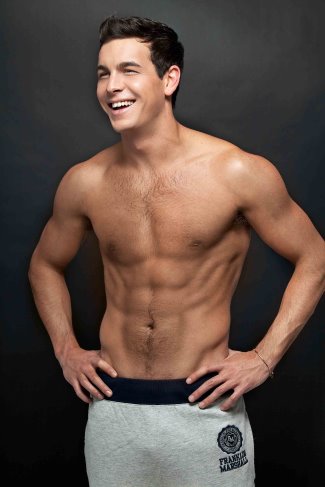 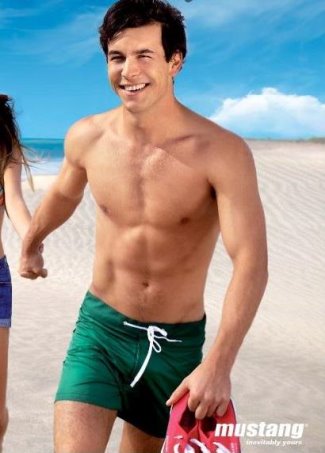 Mario Casas Gay Kiss: What’s happening in the kiss below? Does this mean that Mario Casas is gay? 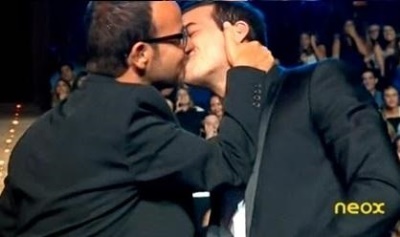 Well, Diario Correo, a Peruvian Spanish language newspaper, has the details on what’s going on with this the kissy-kissy pic. Note that this is translated (through Google Translate) from the original Spanish and the translation may not be entirely 100% correct.

The Spanish actor Mario Casas, staged a homosexual kiss with his colleague Angel Llácer. The incident occurred during the awards gala neox fan awards 2013. Mario handed the statuette for best kiss of the Angel and this year did not hesitate to kiss him to honor the award. As recalled, Mario played the manly “H” in the movie “Three Steps Above Heaven” and “I Want You”.

Mario Casas Ropa Interior? Does he wear boxers or briefs? Well, there’s your answer right there! Apparently, he likes him his briefs rather than boxers. Okay, this is really not proof of his underwear preference but he sure looks good in his briefs doesn’t he? 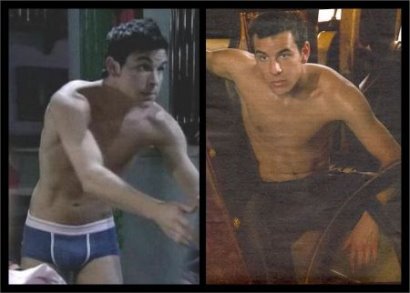 Mario Casas Girlfriend. Despite the kissy-kissy thing above, Mario is straight and is reportedly dating Berta Vasquez, his co-star on Palm Trees in the Snow. 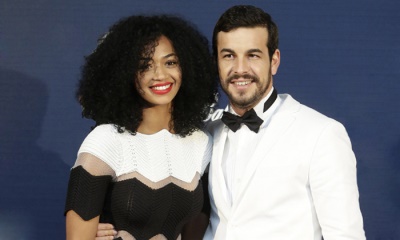 Let’s end our post of this Spanish hunk with another shirtless pic, shall we? 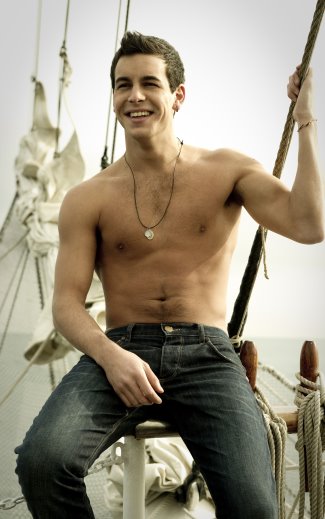