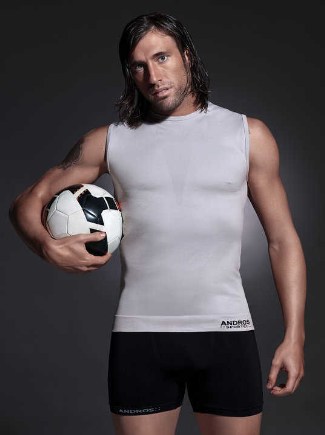 Pavone in white boxers… and in green boxer briefs. And, our favorite photo of the bunch, Mariano in Andros black briefs. 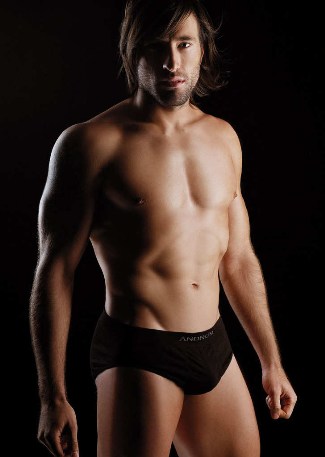 You want a video version of the photos above? We’ve got that too. Check it out below courtesy of argentinemen.blogspot.com. [Update: Oops sorry, the video has been deleted at source.]

For those of you who don’t follow international football, Mariano Pavone is a football player from Buenos Aires, Argentina who currently plays for Cruz Azul Futbol Club, A.C. which is more popularly known as Cruz Azul. Update: Apparently, as of December 2019, he is now with the Defensor Sporting of the Uruguayan Primera División on a one and a half year contract.] 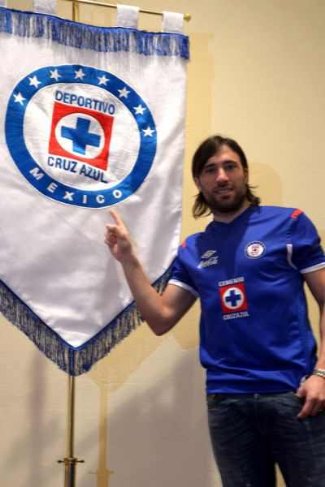 He is 30 years old (if you are a superfan, send him a card on 27 May because that’s his birthday), stands at 1.77 meters (or 5 ft 9 1⁄2 in for you non-metric Americans), and plays the striker position. He was supposed to play for Blackburn Rovers two years ago but the club owners scuttled the deal at the last minute reportedly because of financial reasons. Ugh. Bad, bad club owners, no?

Does Mariano have a girlfriend? Apparently not. But if Google Translate is correct (we used it to translate Spanish articles about our Argentine hunk), he has a wife named Carolina Molinari. She is a television and theater actress as well as a fashion model and, apparently, she was paired with her husband in the Andros Underwear pic below. 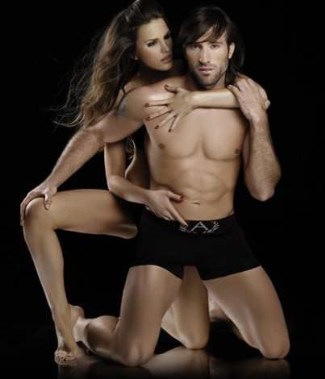 Nice looking couple, no? Now, is it us or does the Andros logo kinda look like the logo of Emporio Armani undies?