Marcos Baghdatis Shirtless. The always-great-to-watch Marcos Baghdatis goes for the shirtless wet look Down Under. Do you think he can replicate his 2006 Australian Open run when he went all the way to the finals? We hope so! As we were saying, he’s always great to watch when he’s playing tennis. 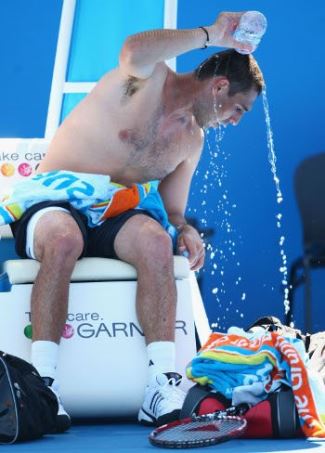 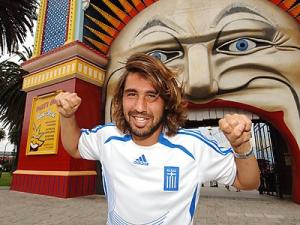 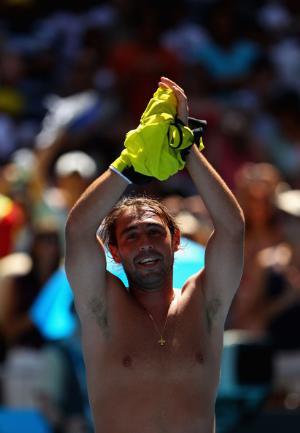 Update: Some of you are asking whether our Cypriot hunk has a girlfriend. Well, according to some reports back in January 2010, he is dating tennis player Karolina Sprem of Croatia. The Herald Sun reports that the two were supporting each other at the Aussie Open – he was cheering for her in her player’s box during her match and she, in turn, was cheering for him when he was playing – and that they are an item.

Speaking of Badghatis’ girlfriends, he also used to date French model Camille Neviere who, according to the internets, is his coach’s niece or something. 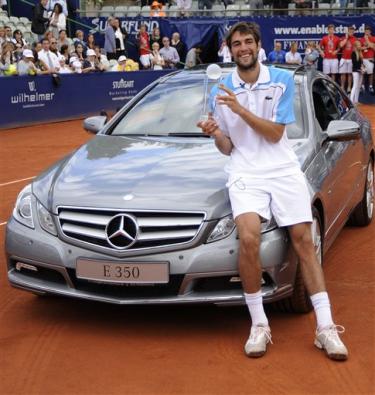 For those of you less interested in his title and more interested in his shirtless pic, let me just say that you’re a perv. Maybe you’re an okay perv because he’s an adult and all but you’re still a perv. Joke. Joke. Here’s a shirtless Jeremy from the French Open. 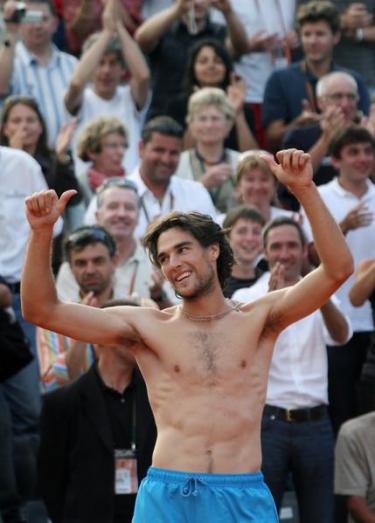 Anyways, which of these tennis hunks is your favorite: Jeremy Chardy, the shirtless Roger Federer, Andy Roddick in tennis shorts, Jo Wilfried Tsonga, Fernando Verdasco, or the shirtless Andy Murray. 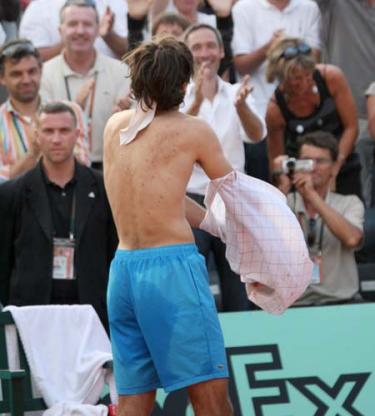 We gotta go with Tsonga because he’s our favorite but we also give props to Verdasco for baring it all. If only Jo-Wilfried will do a similar pic.

Go, Frank Dancevic! (posted 27 August 2008). Anyone watching the U.S. open? Niagara’s Frank Dancevic lost to 18th-seeded Spaniard Nicolas Almagro in the first round. Argh! Frank is still a hottie though. I’m not a fan of his hair — reminds me of the unkempt hair of the Jonas Brothers hehe — but his abs are so wow. Good luck to you Frank in the coming months. 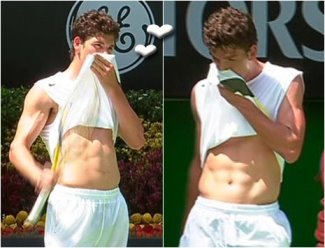