Marco Borriello Gay or Straight. Is Marco Borriello gay or straight? Well, he reportedly wants to see what David Beckham is packing so he must be gay, right? Not necessarily. The AC Milan footballer’s curiosity is reportedly academic rather than, you know, lascivious. 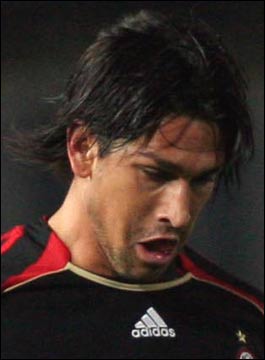 The Via Digital Spy reports: “AC Milan striker Marco Borriello has admitted that he is ‘curious’ to see David Beckham n*de. The footballer said that he is keen to see whether Beckham is as ‘well equipped’ as recent photographs have suggested. ‘I must admit I have a dressing room curiosity over Beckham,’ he told The Sun.”

He adds: “I want to see if he is equipped as he is in the Armani underwear adverts.”

Props to Marco for voicing out what we, and everyone else, are thinking — is Becks’ thingie for real or is it stuffed with tissue paper or something? Anyways, we hope Marco will get his answer. If he does, he should share it with us because the public has a right to know. Joke. Joke. Anyhoo, check out the Becks in our post on David Beckham’s Armani Underwear.

Beckham is currently on a three-month loan with the Italian club and he has reportedly banned wife Victoria from moving with him so he can focus on his football.

Marco Borriello Girlfriend Update: According to whosdatedwho.com, our Marco has dated the following WAGS: Nina Senicar, Belén Rodríguez, and Camila Morais. We don’t know if his dating life is busy at the moment.

Marco Borriello Shirtless, Speedo, and Underwear Photos (posted 30 November 2011). Want some Marco Borriello underwear photos? We know all of us do so let’s have some of ’em, okay? However, these are really swimwear rather than underwear but there’s no big difference between the two, no? Man, he’s got nice booties which can give Rob Kardashian a run for his money. 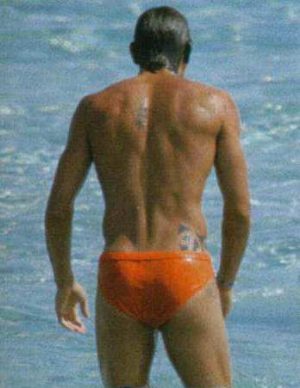 How you doin’, Mr. Boriello? 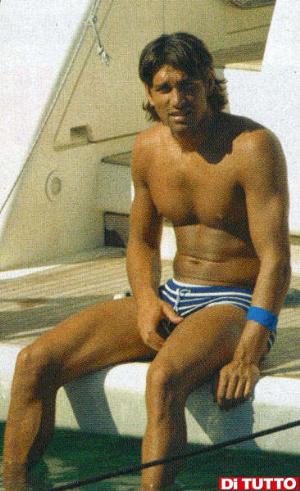 Marco’s got really nice washboard abs. Tell us we’re not the only ones thinking dirty thoughts about them six-pack. Haha. 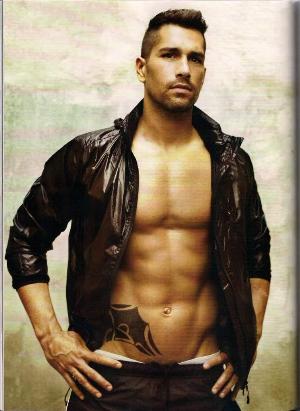 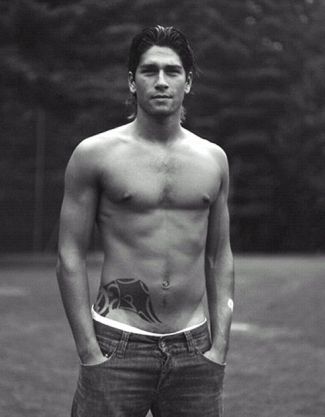