Anyhoo, Famewatchers, who of these two “actors” would you bring home to mama? Marc or Josh? Josh or Marc? Or both of them? Do they remind you of Abercrombie and Fitch models? Marc is Abercrombie and Josh is Fitch. It’s a perfect match made in heaven. 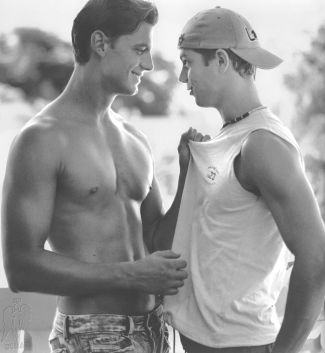 Anyhoo, in a perfect world, we will be bringing both of them home. Hehe. But if we have to make a choice we will be going for Marc Vidal just because… he’s kinda cuter. You agree, right?

Well, here are some photos of Marc Vidal for those of you Marc superfans. Don’t worry Josh superfans, we will be publishing his photos too later.

Marc, who hails from Moravia in the Czech Republic, is as cute as a button. You’ve seen him without any clothes on but he can very well be a fashion model, don’t you think? He sure can give those male supermodels a run for their modeling money. 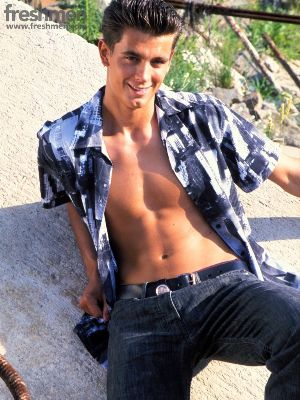 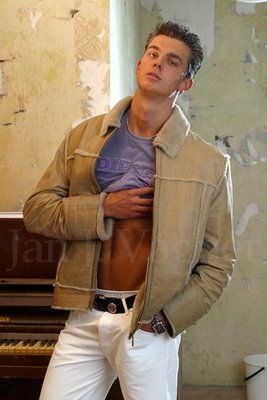 Now, as promised, let’s bring you more photos of Josh Elliot. This Slovakia hunk (he’s born on September 1984 in Bratislava) is definitely a cutie too. He’s got boyish good looks, for sure. 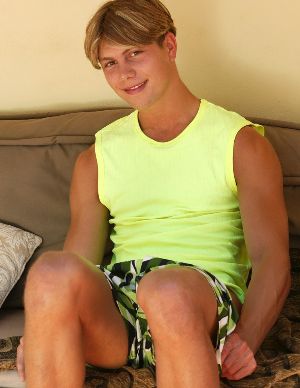 He’s gorgeous in white jeans. [Are these two sharing their fashion tips? What’s up with their love for white trousers?] 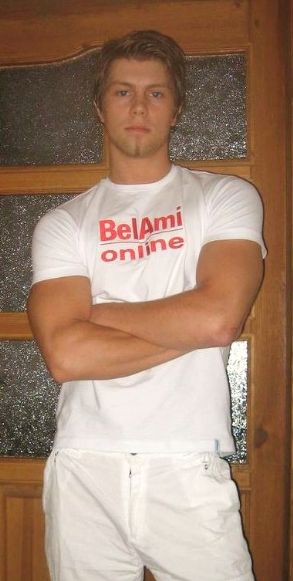 Anyhoo, who’s taller between Marc Vidal and Josh Elliot? Marc is reportedly 6 feet while Josh is reportedly 183 cm. Haha. Maybe some of you can convert that damn feet into metric. Anyhoo, who’s got the longer schlong between these two? Well Josh reportedly has 19 cm. While Marc has, well, we actually don’t know. But you have seen his other photos, right?