How beautiful is this guy? We agree with our friend Deena that he is the total embodiment of a man’s man. Manu as Crixus in Spartacus. 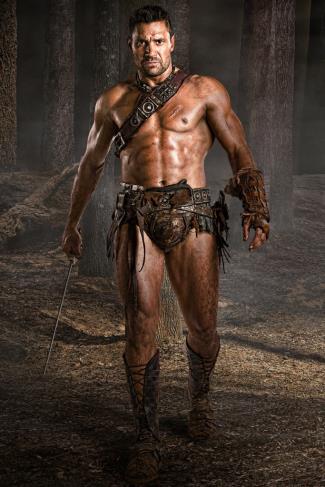 The beautiful Manu as cover boy for Men’s Health Magazine. 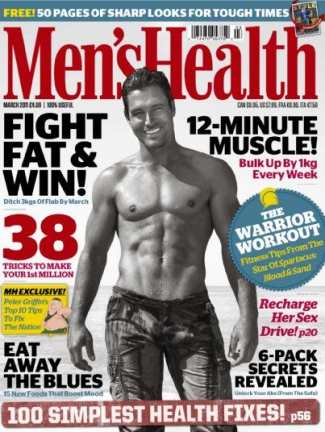 A man and his horse. Manu as Sinbad in the 2011 TV-movie Sinbad and the Minotaur. [Want some shirtless guys riding horses?] 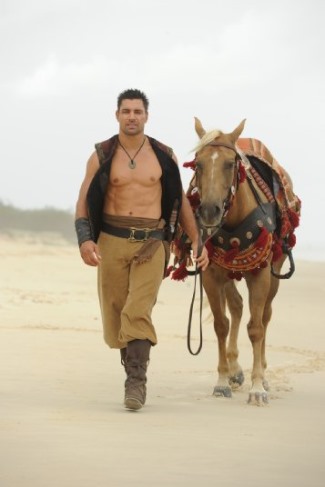 A shirtless Manu as Slade Wilson or Deathstroke on The CW series Arrow. 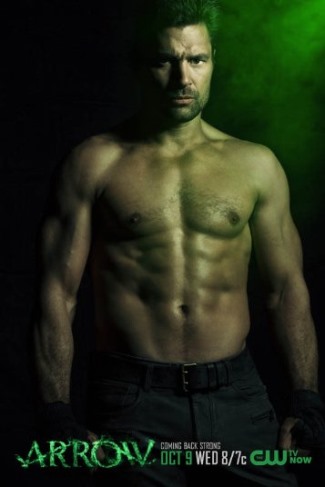 And we are gonna end this post on Manu with this photo of a younger version of the actor wearing a pair of Speedo swimsuit. This one’s from an Aussie TV show called Paradise Beach which was aired back in 1993/94. Back then, Manu went by the name Jon Bennett. We’re glad he eventually opted for “Manu” because it is unique and more badass. 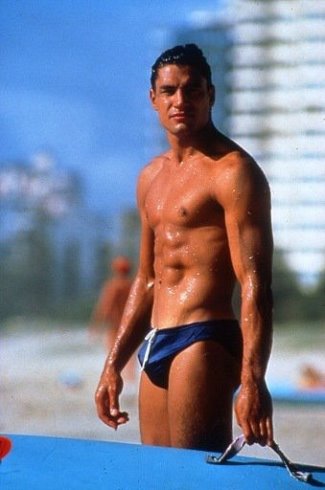 So that’s it for now, Famewatchers! Now you have an answer to your “is Manu Bennett gay” question with an added bonus pics of our guy in Speedo. Yay!