Manti Teo Shirtless Photos: San Diego Chargers Linebacker. It’s been nearly a year since footballer Manti Te’o made it to the top of newspaper headlines and the lead story of the evening news. What is the biggest catfish story of the century doing now and how is he doing? He’s doing pretty well, actually. For those of you who have not been following this young guy’s career, Manti was drafted by San Diego Chargers and he signed a four-year contract with the team. According to Yahoo Sports, “Te’o’s contract will include a $2,141,768 signing bonus and will be worth just over $5 million with over $3.1 million in guaranteed money”. 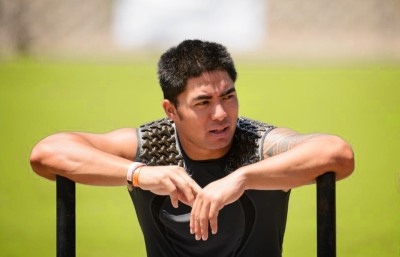 Pretty cool, huh? In an interview with chargers.com, here’s what Manti says about playing for San Diego:

This is the perfect place for me. It truly is. It’s because we have an organization here that really, truly believes in people. And (there) are good people. It starts at the top and it’s reciprocated all the way down to the bottom. We have great people on this team that lead this team, and have great players. So for me to be a part of this, I couldn’t be in a more perfect situation and a more perfect place.

He recognizes that he has a lot of things to learn before he reaches his full potential as a pro-footballer:

I see myself evolving into the best player I can be. I’m going to be me. I’m going to continue to be me. The first thing I have to do is learn where I have to be on certain plays. I can’t be a leader if I don’t know where I’m going. So first I have to learn where I’ve got to be, and pretty much I’m getting more comfortable with that. And then you’ve got to take it step by step. I’m going to continue to do what I did in college, which is learn what I’ve got to do first, then learn what other guys are doing. Then I can become a leader. But it’s all a process.

Now, we know most of you Famewatchers are less interested in twenty-something guys with millions in their bank accounts and are more interested in shirtless hunks so let’s have a shirtless Manti Te’o, shall we? Here you go, Betcheez!

Does his tattoo mean anything? Here’s his answer to your question (via ndsmcobserver.com):

“It is very special to me, because it represents everything that I stand for: my culture, my home and my family,” the junior linebacker said. “Everything that is important to me I have here on my arm.”

Te’o speaks of his culture and family as often as he does football. Not only does the tattoo represent the Samoan culture, but he also sought permission from his parents before putting the ink to skin.

“Whenever you put something on yourself that is permanent, you want to ask your parents, especially if your parents are Samoan,” he said. “My dad is the Samoan patriarch of our family, and he has one. … They were very supportive of it.”

Once his teammates saw the “tatau” — Samoan for tattoo — they quickly deemed it the “tightest” tattoo on the team, and some even considered getting a similar one. But to Te’o, while he does consider some of his teammates to be as close as brothers, the tattoo is not for just anyone.

“Sure, it’s a very nice tattoo, but it represents more than just some body art. It represents a whole culture, a whole group of people,” said Te’o, a nominee for the 2010 Rotary Lombardi Trophy. “For somebody to get this, and not be Samoan, makes me wonder, ‘Why are you getting it?'” 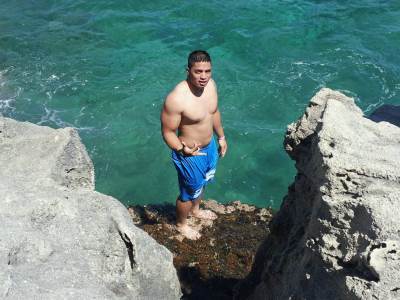