Male Models in Overalls: Designer Coveralls For Men. Are overalls or coveralls fashionable enough for designers to present them on their runway shows? You bet they are! In fact, two designer labels – Dutch fashion house G-Star and the New York-based Buckler – included overalls in their menswear collections.

First, here’s the Filipino-Canadian model Paolo Roldan ruling the runway in his G-Star overalls. We’d like to think that this outfit is inspired by the astronauts who flew to the moon because that’s what it reminded us of.

In fact Deena went, “Whoa! Did Paolo did just come from the moon?” Too bad, the United States stopped its “moon program” because it would be cool if the men they’re sending there will be wearing this G-Star overalls, no? 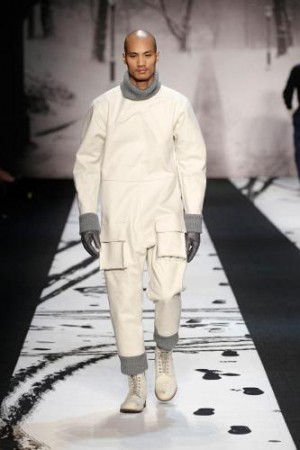 For more of Paolo Roldan’s runway gigs, check out our post on Givenchy Men’s Leather Jackets.

And here’s a more traditional overall from the house of Buckler’s Autumn/Winter Menswear Collection seen in last July’s New York Fashion Week. What do you think of this work outfit? Cool enough for ya? Or do you go, “Eh. Nothing spectacular there” like our friend Deena? 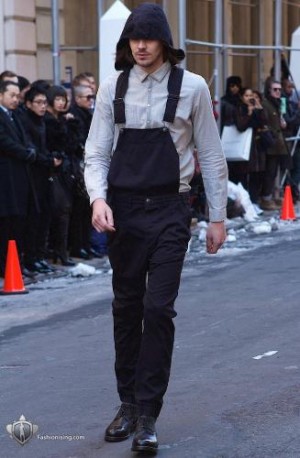 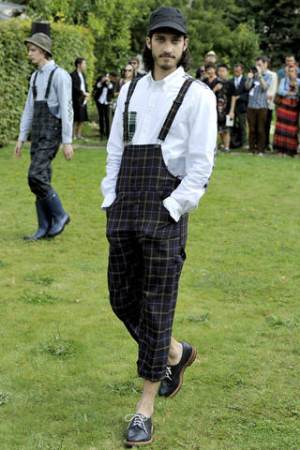 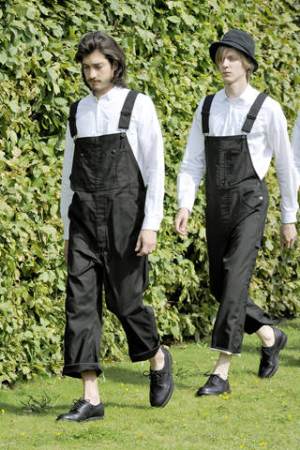 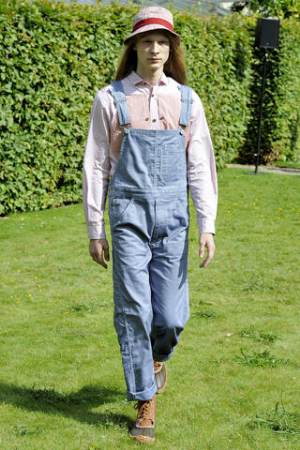 For more Junya Watanabe menswear, check out our post on Double Breasted Coats for Men, it’s the very first coat in the list. So which of the above designer overalls is your fav – G-Star, Buckler, or Junya Watanabe? We like the last one the best because they’re more wearable and not too out there as the others (especially G-Star’s astro overalls).

…..
Male Models in Overalls: Coveralls in the Fashion World (27 January 2010). We’ve already looked at overalls as worn by men in the real world as opposed to the fancy designer ones (see Work Overalls for Men). Now let’s have the the fashion world’s and male modeling world’s versions of men’s overalls. 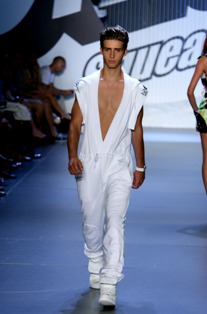 Apparently, in the fashion and modeling world, coveralls are not meant to cover all of your body. You gotta leave your coverall partially unbuttoned or unzipped. Why? Aren’t coveralls precisely designed to protect our bodies in workplaces with higher than normal accident risks? 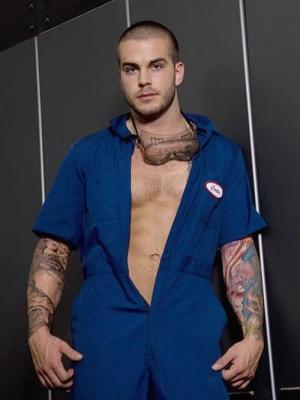 Why are these guys partially exposing themselves? Maybe they are hoping for an accident to happen so they can sue their employer or something? What do you think?

Our friend Kevin like the bald guy below. But we are creeped out by his stare. Hehe.

Who does not want to get their drainage fixed by a hot guy in overall?