Ryan as a shirtless god in leather pants. What’s not to like? Okay, we’re loving the big classic hairstyle, the leather trousers is gorgeous, the shirtlessness is awesome but we are not liking that soda/beer can. It looks out of place. Hehe. We’re obviously making a mountain out of a molehill, aren’t we? 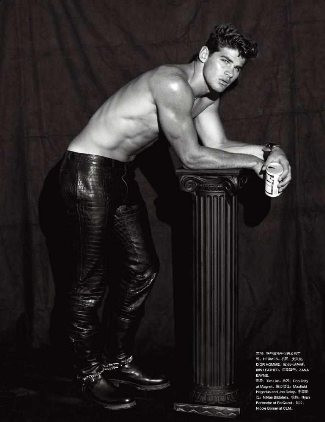 Looks like Ryan just really freed himself from really a really big chain which looks like . Looks like this photoshoot was inspired by the legend of Prometheus, the Titan who was chained by Zeus to a rock for his “sin” of giving fire to humans. 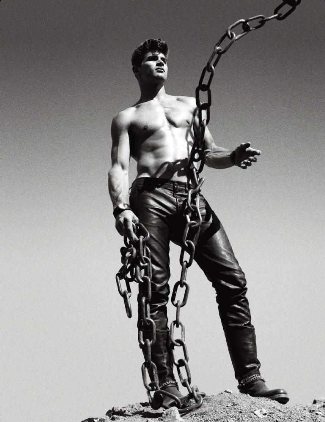 Oh wait maybe this photoshoot, with its bondage hints, was inspired by that fan-fiction-turned-controversial-novel Fifty Shades of Grey which is reportedly going to be made into film that may or may not star Ryan Gosling. 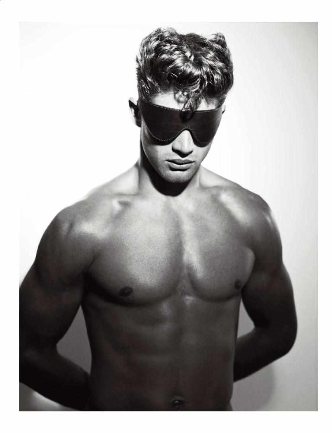 It doesn’t look like our Ryan has a Robert Kardashian-like bubble butt but he’s still rocking his leather trousers, doesn’t he? 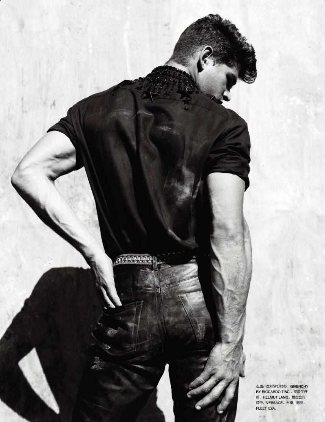 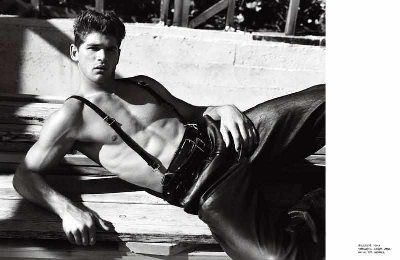 That’s it for now fellow LeatherWatchers. Ooops, we almost forgot. We gotta include this photo of our Ryan in his leather briefs underwear too. 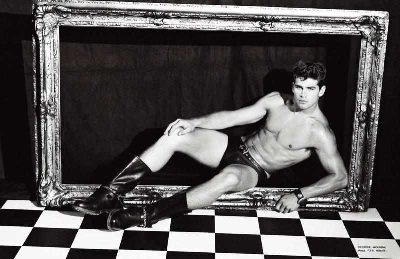