Male Celebrity Singlets and Unitards: Actors, Athletes, Models. Look who’s wearing a wrestling singlet? It’s Irish male model Colin Farrell. Male model? Isn’t he a multi-awarded actor? He is now but he apparently started his showbiz career as a unitard-wearing runway model. His model pose above is not bad, huh? 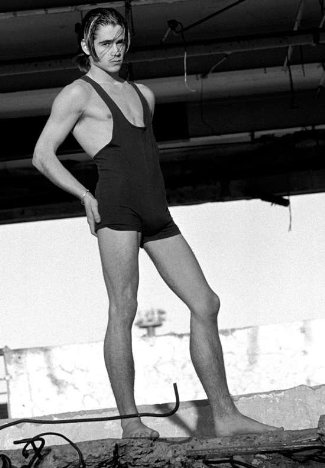 He revealed in this video clip from the Tonight Show with Jay Leno that he did this when he was 17 years old and was paid $20 for his efforts.

Aside from Colin Farrell, another famous male celebrity spotted in a unitard or singlet (can someone please tell us the difference between the two) is Academy Award-nominated actor Mark Ruffalo aka Dr. Bruce Banner. 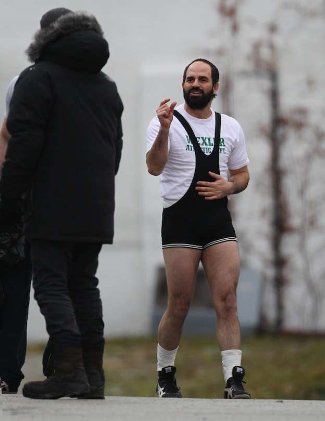 Wazzup with the crazy unitard, Mark? He’s wearing it for his role in the upcoming movie Foxcatcher which is based on the lives of Olympic Wrestling Champions, brothers Mark and Dave Schultz. Here’s a pic of the wrestling brothers. 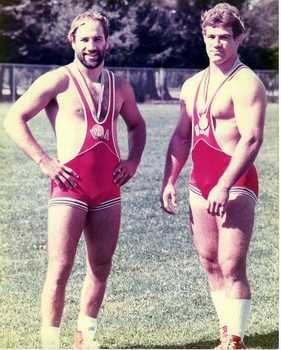 Dave (left) is played by Ruffalo while Mark (right) will be played in the movie by Channing Tatum. 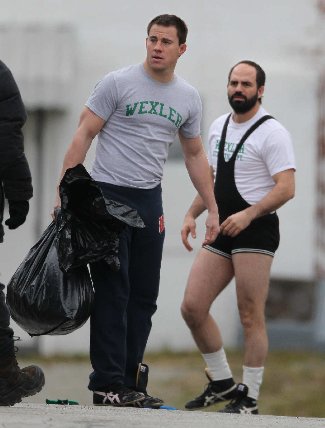 Does this mean Channing will also be wearing a wrestling singlet in the movie? Maybe he’ll decide to wear this Emporio Armani unitard? 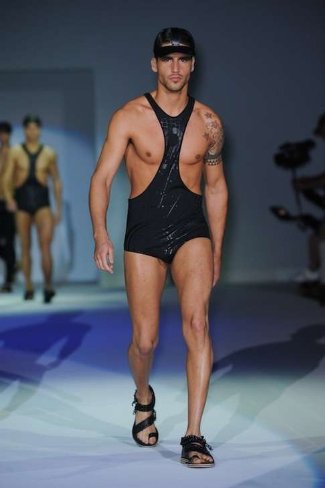 Aside from Ruffalo and Farrell, another famous celebrity spotted wearing a tight unitard is our imaginary boyfriend Josh Duhamel who scandalized our grandmama Ally when he reportedly inexplicably wore this outfit at the 2013 Nickelodeon’s Kid’s Choice Awards. Viewers were like, “WTF, Duhamel?” while we here at Famewatcher were like, “That’s our Josh!” 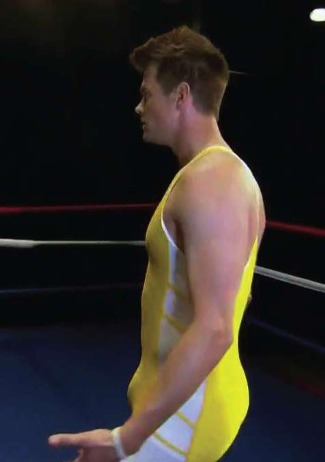 That’s it for now. We will update the post once we come across more celebrities wearing singlets or unitards. 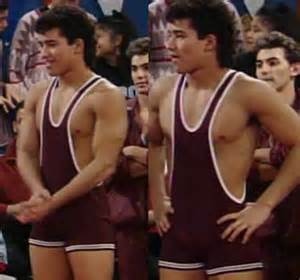 Who doesn’t want to wrestle with Mario/Slater?