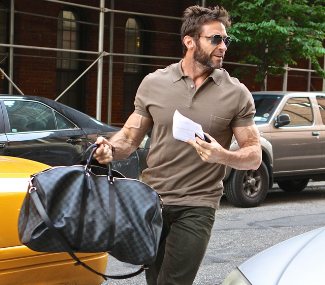 What kind of Louis Vuitton bag does Captain America actor Dominic Cooper have in that airport trolley? That’s a Damier Graphite Keepall, honey! 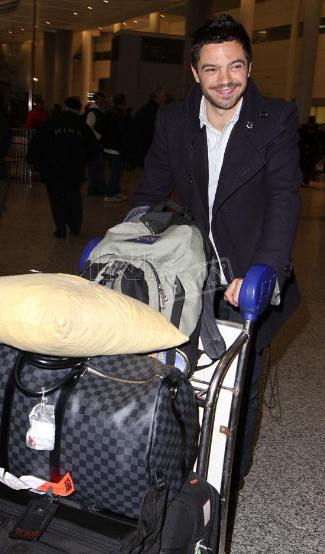 For his part, Kanye West aka Kim Kardashian’s baby daddy appears to be partial to the Louis Vuitton Monogramouflage Keepall 55. Well, at least that’s what we see him carrying below. 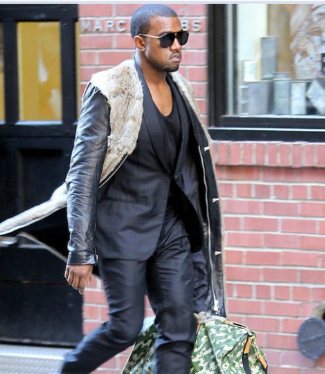 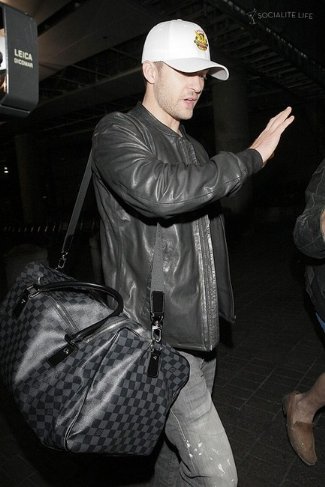 Famous Justins sure love them their LV Keepalls. Check out Justin Bieber and his Louis Vuitton Damier Graphite Roadster. Pic taken two years ago at the Los Angeles airport. 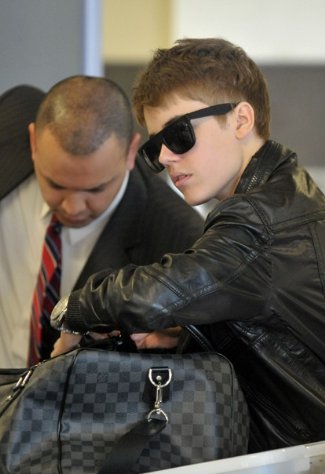 David Beckham, the most famous football/soccer player in the internet age, is busy talking to someone on the phone while carrying his Louis Vuitton Waterproof Keepall 55. 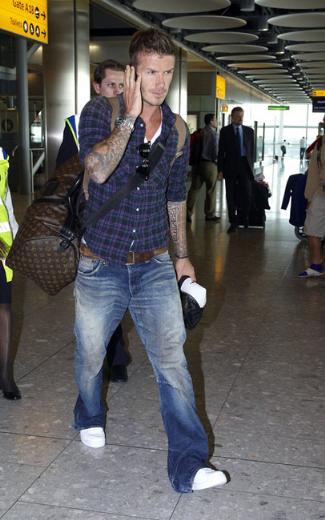 Like their Hollywood counterparts, Korean celebrities love them their LV bags too. Here’s singer/dancer Jang Hyunseung, lead vocalist of the boyband Beast, and his Louis Vuitton Monogram Canvas Keepall 60. 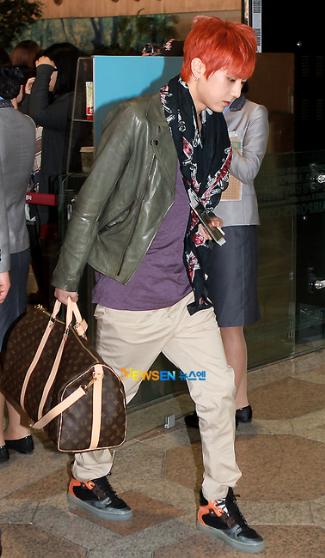 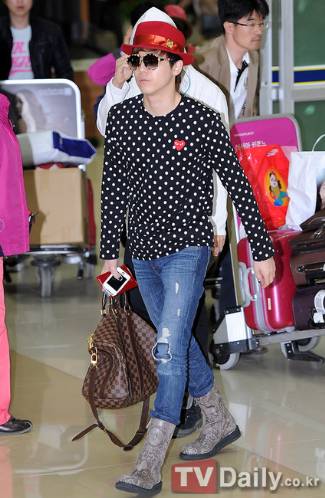 What is Kevin Jonas doing these days? Traveling with his Louis Vuittons of course. Okay, this pic may have been taken years ago when the papz were still interested in the Jonas Brothers. Hehe. 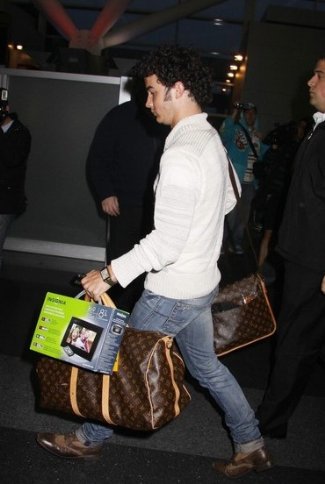 Next up in our group of male celebrities with LV Keepalls is Mikhail Gorbachev, one of the most powerful men in the world when he was the head of the Soviet Union (look it up in wikipedia, hehe). Shot by noted photographer Annie Leibovitz, the pic is actually part of LV advertising campaign on “personal journeys”. 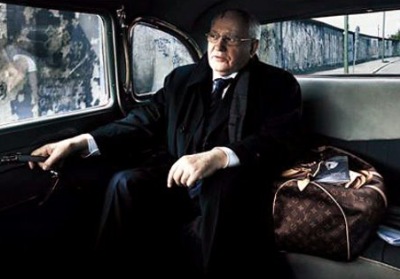 Another world-famous man who starred in a Louis Vuitton ad is boxing champion Muhammad Ali. Taken by Annie Leibovitz as part of the brand’s “Core Values” campaign, the pic features one of the most respected men in the world with a Louis Vuitton Keepall bag and his grandson Curtis Muhammad Conway Jr. Beautiful image, no? 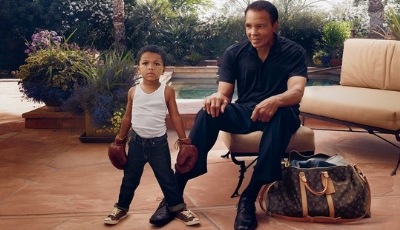 Is it a downer to have a truly great man like Muhammad Ali be followed in our group of “men with LV bags” by a fameho like Spencer Pratt? The less said about Pratt, the better. Hehe. 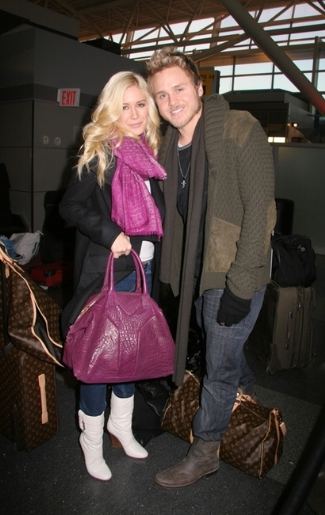 How cute is this picture of director Scott Speer and Ashley Tisdale? Are these two still dating? What, you don’t care? You are more interested in that bag he is carrying? That bag, fellow Famewatcher is a Louis Vuitton Keepall 45 Luggage Bag. 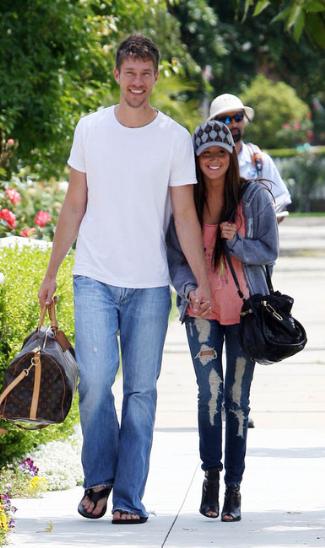 Meanwhile in Spain (or wherever he is) our imaginary football boyfriend Iker Casillas was spotted carrying a Louis Vuitton Keepall 60. Don’t you just love sporty guys like our Iker who are fashion-aware? 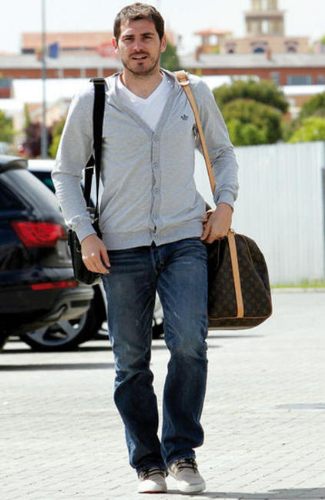 Also seen traveling with a Louis Vuitton Keepall 60 is Dr. McSteamy himself, Greys Anatomy’s Eric Dane. Where are you heading off to, Eric? 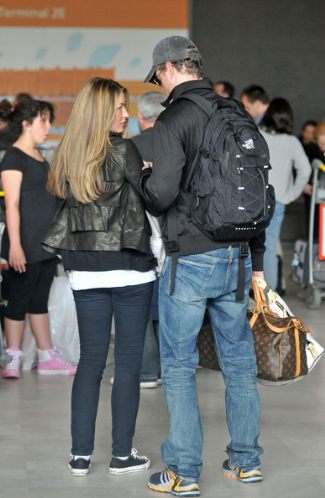 Finally, last but not the least in our group of LV-toting male celebrities is the beautiful hunk Zac Efron who, unlike Kevin above and the rest of the Jonas Brothers, appears to have successfully graduated from teen stardom to adult stardom. What kind of LV bag is Zac carrying? That’s a Louis Vuitton Keepall 45 Naxos, baby. 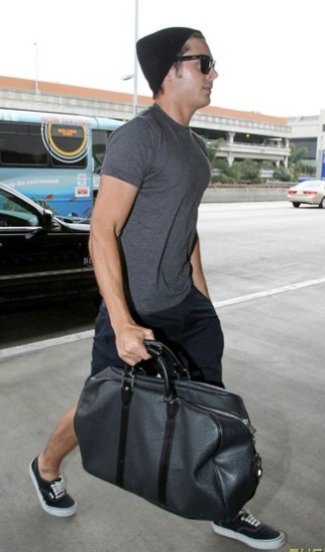 Question: How much do LV bags cost? We’re told the selling price could be anywhere from US$500 to US$5,000. The Keepall seen on the Muhammad Ali advert costs US$1,525 according to the Wall Street Journal.