Does Jonathan Cooper, a male bodybuilder who’s also into modeling, have the world’s best washboard abs or what? Now, those are serious eight-pack abs he’s managed to build. He’s looking good too in that black square cut Cin2 boxer briefs. 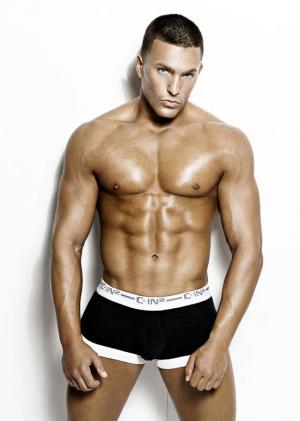 More on Jonathan from his model page:

About me
Just starting out in the business as a fitness model. Just got in with Silver Models in NYC!! I wanna use this site to get further exposure and make plenty of $$$! Only serious job offers please, absolutely no nudes… only professional high end work thanks… If your interested in shooting please go through Silver thanks… This is only a stepping stone to the next game…!

Made the top 5 for the bodybuilding.com spokesmodel contest going to LA to compete onstage at the LA expo!!!! jan 20-24th its onnnnnnnnnnnnnnn

Visit his model page here. Or you might want to check out these men in C-in2 underwear. Or these guys in square cut trunks.

UPDATE: Bodybuilder’s underwear. We are updating this post to give you more pictures of male bodybuilders posing in their underwear. Well, let’s actually have more photos of Jonathan Cooper doing his weightlifting routine. 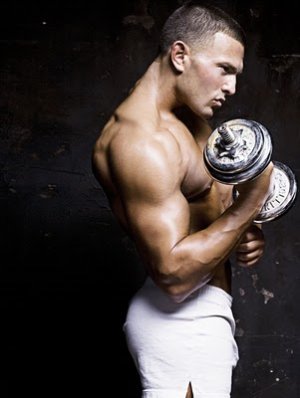 Now, since we are talking about bodybuilder’s posing in there underwear, here’s the gorgeous muscle boy that is Jessie Godderz posing in his Calvin Klein briefs.

And here’s another muscle man, Zeb Atlas showing off his bulging biceps. And more…

By the way, some of you may already know this, but did you know that bodybuilders use a different kind of “underwear” when they’re posing? We thought they can just buy a Speedo or any swimsuit but, apparently, there’s a suit specially designed for bodybuilders. They call it the bodybuilder posing suit or posing trunks.

So what these guys are wearing are no ordinary Speedo.

That’s it for now, bodybuilding-watchers. Hope you enjoyed our post.

Note: Some photos referred to in this post have been moved to our men’s underwear gallery. Check them out at: Male Bodybuilders Underwear.