Male Body Shaping Underwear Update. Apparently, Spanx or the company which started the shapewear trend for modern times but which specifically focused on women has now expanded its product offerings to include Spanx for men.

A writer for GQ Magazine UK tried an ultra sculpt T-shirt to see how it works and discovered that “the intense restriction meant it wasn’t comfortable for long periods of time”. However, the effect was impressive — it took four centimetres off his waistline — and he does see himself using Spanx Sculpt shirts in the future. 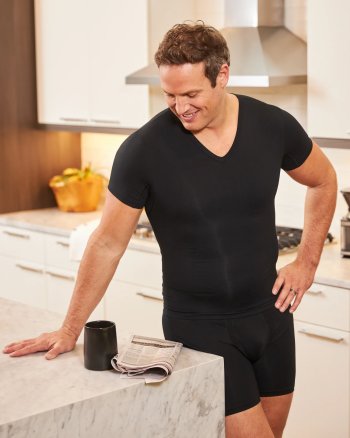 …..
Male Body Shaping Underwear: Waist Eliminator and Magic Shirts (24 February 2017). Turns out that the men’s body shaping underwear isn’t a trend only in Japan but in other parts of the world as well. According to the Wall Street Journal more and more American guys are wearing male body shaping underwear which are being marketed as “shapewear,” “bodywear,” “support boxers”, and other cute names other than girdle. Why are men turning to body shapers? Well, the answer is obvious but let’s quote 26-year-old events coordinator Jeff Lewis: “It took an inch-and-a-half off my waist. It gave me an instant ego boost.” 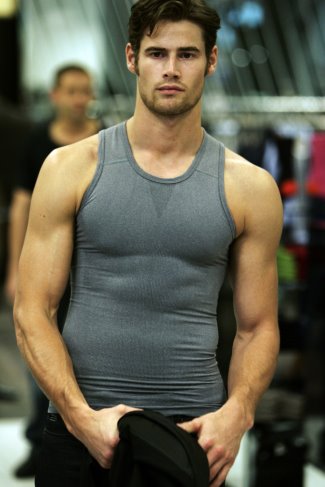 Ego boost and a “thinner” waist line? Those are good enough reasons to get yourself a body-shaping garment, no?

Some male underwear companies which are coming up with body-shapers include 2(X)ist which has a new line of spandex briefs and tank tops designed to have a trimming effect.

Another brand, Go Softwear, has its “Waist Eliminator” underwear which features a waistband that goes up to the mid-torso and slims down your curvy midsection. Here’s what this underwear looks like: 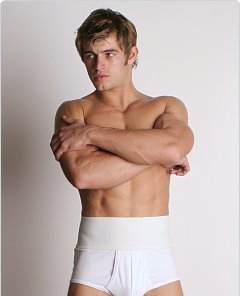 Is the Waist Eliminator cool enough for you? It’s apparently made of cotton and lycra. It has a double fly front that gives you easy access and 4 inch wide nylon/spandex waistband for a comfortable stretch fit.

For his part, designer Andrew Christian has a male body shaping underwear line called Flashback B*tt Lifting Technology Boxer which is described by the WaPo as “a stretchy bodyshaping brief with a built-in elastic sling to lift and perk up the back side by ‘up to an inch’.”

Here’s Andrew Christian’s b*tt lifting technology boxer which, according to the designer himself, has the following features:

What do you think of this Andrew Christian underwear lift? 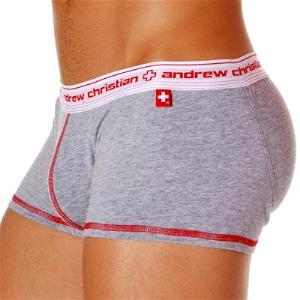 Meanwhile in New Zealand, retailer Hallensteins has a “Magic Shirt” which miraculously solves your beer belly problem turning you from a fattie to a hot hunky dude. Check out the funny advert below: