Maksim Chmerkovskiy Shirtless DWTS Dancer and Workout Photos. What kind of underwear does Ukrainian dancer Maksim Chmerkovskiy wear? Briefs or boxers? Or maybe longjohns? Well, we don’t have a definitive answer to that underwear question yet but check out these photos which shows that, when it comes to brands, it seems like our Maksim favors Calvin Klein underwear. 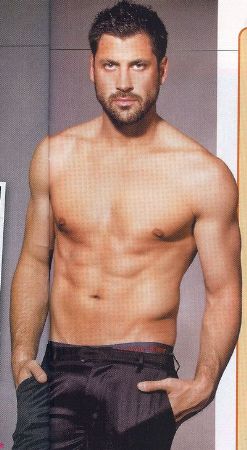 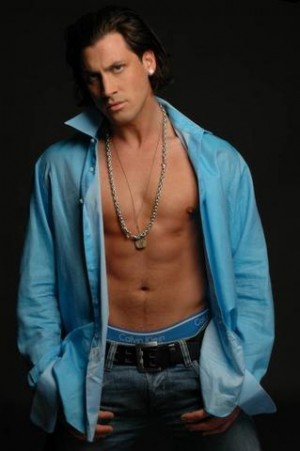 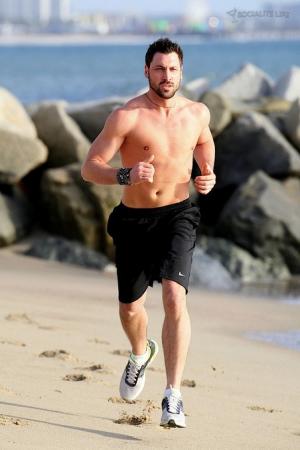 Is there a contract for the male professionals of Dancing With the Stars which requires them to go running shirtless? Because after we blogged about the awesome running workout of a shirtless Derek Hough, we came across these photos of the equally awesome Maksim Chmerkovskiy.

By the by, Deena says that if Derek is Zac Efron then Maksim, with his bulging muscles and all, is the DWTS version of Hugh Jackman. Deena’s got a point, no?

Oh, we should also add that Maksim’s got one of the most awesome male buttocks in the business. He sure knows how to build it: 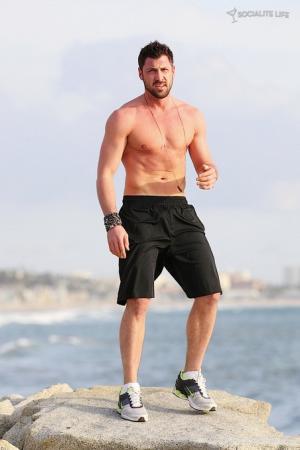 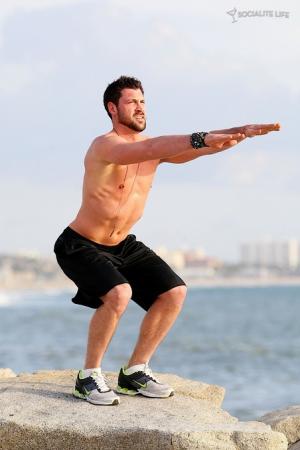 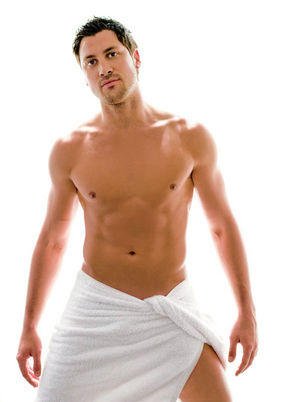 Woof, woof. Whattahunk. That Karina Smirnoff girl is sooo lucky. Seriously, don’t male dancers make the best lovers? They got the moves and they got the body. And their rating goes way up the stratosphere if they’re cute and hunky like Maksim Chmerkovskiy.

By the way, watch out Karina, its rumored in the blogs that Denise Richards is out to get your man in this season’s Dancing With the Stars. Can’t say we blame her.

Denise Richards pairs up with hot dancer Maksim Chmerkovskiy. What are their chances of winning? We would think that there chances are pretty good. Denise looks like she’ll pick up the dance moves easily. Here’s hoping that they’ll do great in the competition.