Lumberjack Hunks: Shirtless Calendar Models and Real Forest Jocks (posted 22 November 2009, updated). Who wants to ogle at manly men showing off their manliness every day for the rest of the year? Well, if there is a queue for that kind of thing, we can assure you that our friend Kevin will be the first in line.

Good thing you don’t need to fall in line because, well, we are creating an imaginary calendar with some lumberjack hunks who, in whatever metric, should be considered the manliest of men. After all, they’ve got themselves some ax, cut tall huge trees, and battle the elements while doing their job. 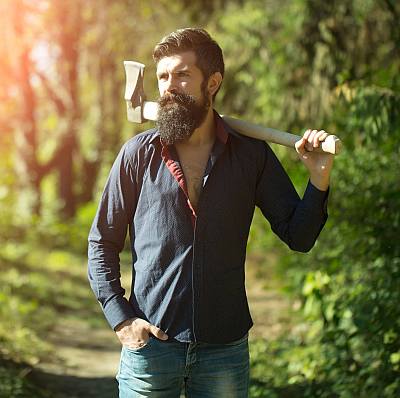 Would you want your lumberjack with a beard like the hottie above? Or would you rather they are shaved barefaced like the one below? Well, we kinda like them both in their respective looks so do we really have to pick. By the way, we are calling the bearded guy Mr. January while the one below is Mr. February. 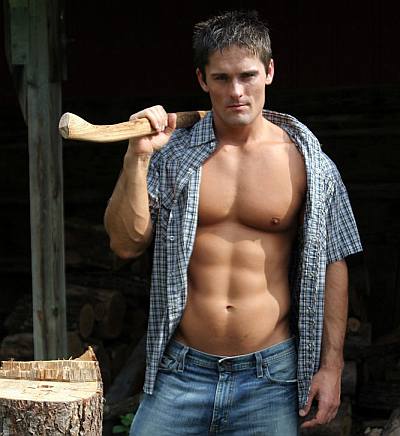 Next up is Mr. March who, truth be told, ain’t really a lumberjack. But then again, we gotta admit that these dudes ain’t also IRL lumberjacks. Anyhoo, Mr. March who sure knows how to pose like the real deal is male model Jimmy Fanz. 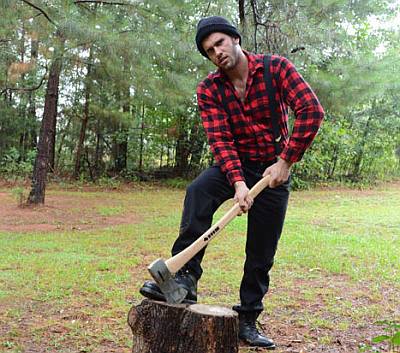 Speaking of models posing as lumberjack hunks, check out our favorite rugby player turned underwear model lumberjacking in the wilds of, we’d like to say, Australia. Why did he leave his jeans unbuttoned though? 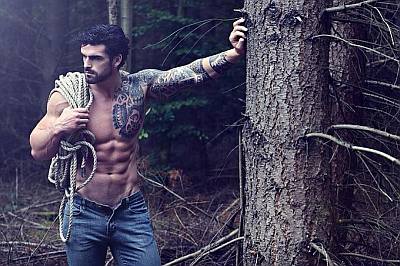 Another photo of Stuart for the thirsty hos and THOTs among us Famewatchers who can’t get enough of this English hottie. If we do make a lumberjack hunks calendar, we’d feature him for two months — April and May. 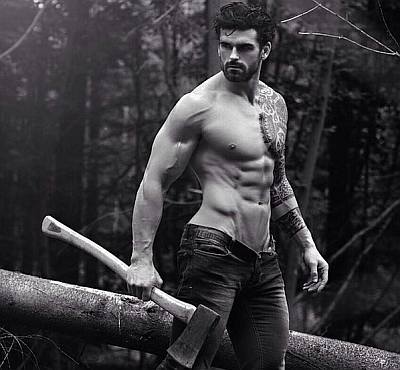 Who says we can’t have two guys in one calendar month? These Ergo Underwear models would fit right in the month of June when people are thinking of dropping their trousers to cool their sweaty bodies down. 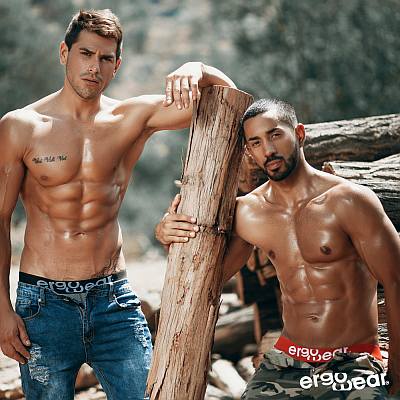 Oh wait, we gotta bring back Mr. February and feature him again as Mr. July because why not. Hehe. 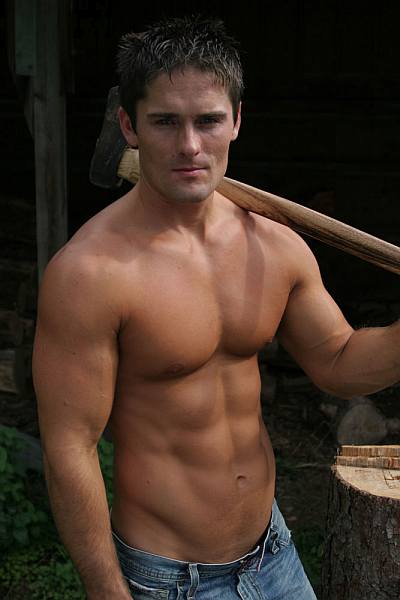 Caveat: We wrote this silly, idiotic post with a gun pointed at our head. Well, not really, but Kevin keeps whining that we don’t blog about his imaginary boyfriend Stuart Reardon anymore and we thought this is the best way for us to get him off our back. 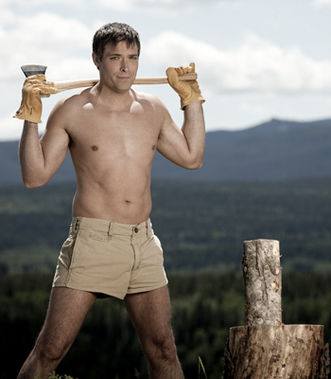 Finally, here’s a photo of a two real lumberjack hunks who can outmodel any of the above male models. 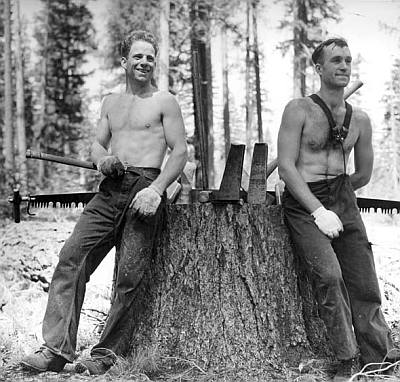 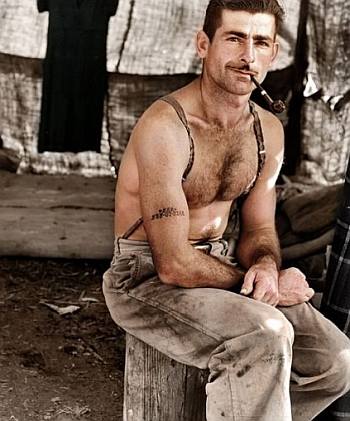