Luke Verge Update: Shirtless, Gay, Brody Jenner Bromance Still On? If you are like us, you would be sitting at home and going, “Hmmm. I wonder what happened to Luke Verge after he won Bromance. Is he really best friends with Brody? Or did Brody turn him into his pool boy?” Unfortunately, we don’t have the answer. But he has a Twitter account which you can follow. Maybe you can even tweet and ask him whether he’s still bromancing Brody Jenner.

Some wacky photographs of Luke we grabbed from his MTV page. 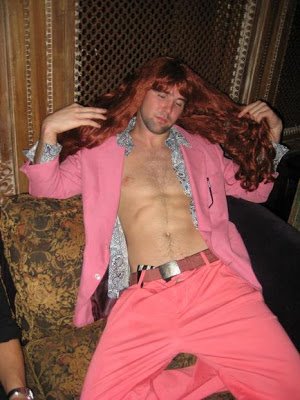 The above pic is kind of gay, huh? The next one is too. 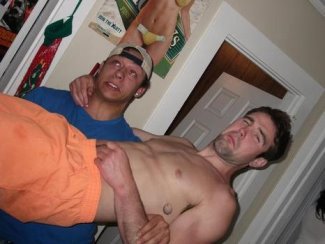 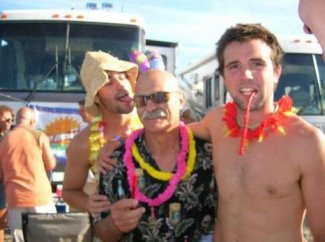 Truth be told, we find Luke Verge to be the most interesting of all the dudes who want to have a bromance with Brody Jenner. Why do women call him “hey you in the bushes”? Was he spying on them? How does a shrimp’s hand job feel? Better than using one’s own hand? Does he TALK like he WRITES? And where in hell did he buy this plaid coat which, sorry, looks like it was made from someone’s leftover drapes. His mom made it for him perhaps?

From Luke’s MTV page:
My name is Luke or as the ladies like to call me, “Hey you in the bushes”… I’d like to start by saying Im a ginormous GEEK. A few important facts about me, I cry after ***, I wear a bathing suit in the shower, I enjoy hand-jobs from lobsters. I’ve only seen 3 female b**bs in my entire life… and that was from watching the movie TOTAL RECALL… Im 24 i have the mind set of a 12 year old… and the kanish of a 6 year old. I was a college student for the better part of a decade.

MY PARENTS, DOCTORS, FRIENDS, AND EVEN TOTAL STRANGERS SAY TO ME I DRINK TOO MUCH. my favorite food is speghetti and meatballs. when i was 5 i took a dump in a gopher hole. One time a girl kicked me in the p***s wicked hard and told me to realize one thing, “im not funny and no one likes me”… I said but that’s 2 things and she kicked me again…

MY SOCIAL LIFE IS SIMILAR TO THAT OF A BABY SEAL… NOT A BIG FAN OF THE CLUB SCENE. I like going to Bars getting wasted.. I love to play Beirut (hence my drunken tattoo) for the record it’s called Beirut because at the end of the game no matter what happens everyone gets bombed. 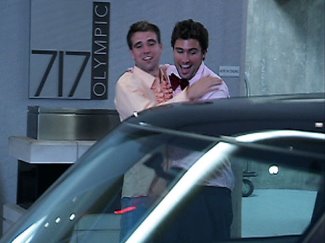 Aha. Do we have good taste or what? It turns out that the guy in Bromance that we’d like to bromance the most is also Brody Jenner’s pick. Congratulations, Luke. Now, since you are on the road to celebrity-hood, may we suggest that you give up those lobster handjobs you’ve been enjoying. Otherwise, we will report you to PETA for animal abuse. 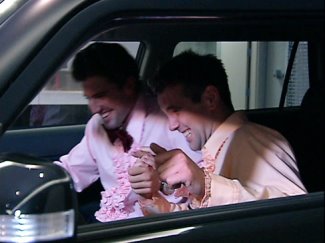