Luke Pasqualino Shirtless, Underwear, Gay or Straight? We are updating this post to bring you some Luke Pasqualino shirtless photos. Here’s one from a magazine which honored him as the Torso of the Week. 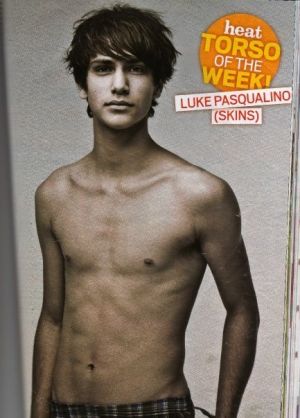 He ain’t gay, for those of you wondering, but he did share a gay kiss with Skins co-star with Jack O’Connell. 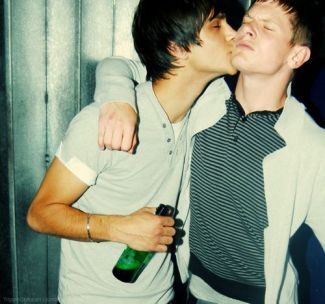 Back in 2014, it was announced that he’ll be starring in a gay film, Retake, where he’ll be playing a male prostitute. We’re not sure what happened to the project.

Does he have a girlfriend at the moment? According to whosdatedwho.com, he dated Perrie Edwards (2016), Jessica Szohr (2011 – 2012) and Klariza Clayton. Meanwhile, The Sun reports that he was spotted with a mystery brunette in January 2017.


Let us end this update with these Luke Pasqualino shirtless and underwear photos: 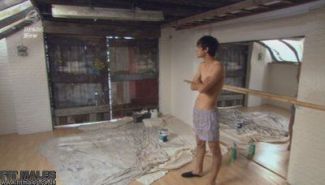 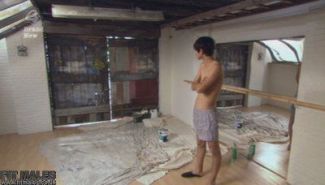 Luke Pasqualino: The Next Big Star? (posted 28 February 2009). Is Luke Pasqualino, of the cult drama Skins, the next big star? Looks like he’s got the chops to make it, no? Here’s some of this lad’s thoughts from an interview with The Sun:

On Skin alumni Dev Patel’s success:
“We are all benefitting from Dev’s success in the USA. When you tell people you are in Skins, they literally think the sun shines out of your proverbial. All of the cast were treated really well out there and we met hundreds of important people.”


On Skin’s popularity:
“It’s a popular show because it’s real. It’s not polished or preachy and its post-watershed timing means the storylines can reflect the real lives of teens – the ones which happen in every town, in every school.”

“I don’t think the themes encourage drug taking or underage sex – they just throw in something new to a TV show – ideas that really challenge our acting skills and gain us our cult following.”

On being bullied as a young lad:
“It sounds ridiculous, but a group of lads bullied me for years literally because my mum used to make me wear really polished and shiny shoes.

“It might seem crazy but I was 13 and looking back it really affected me – I used to dread coming into school and would clam up when my mum asked me what was wrong.”

On his support for Txt StandUp, an online anti-bullying initiative:
“It’s a website created for young people that can be used almost like a social networking site. You can get advice from a third party, or chat to other people that have been through the same bullying experience – it’s a great place for young people to go when they feel like they can’t speak to their parents or a teacher.”