Luke Hemmings Shirtless. Here’s a shirtless photo of the fourth (and last) member of the up-and-coming Aussie boyband, 5 Seconds of Summer, the band who may be on its way to replacing One Direction in the hearts and minds of teens and tweens across the world. Other members of the band who we already blogged about include: Calum Hood, Ashton Irwin, and Michael Clifford. 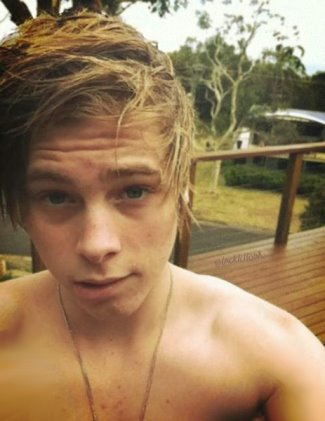 To avoid confusing Luke with the other three, just remember him as the boy with a lip piercing. 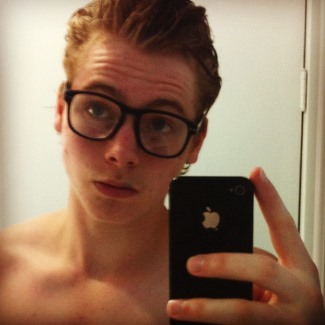 Luke Hemmings Girlfriend. Is the Aussie singer dating anyone at the moment? Apparently, he is single and very much available. He dated Aleisha McDonalds but the two broke up after a year of seeing each other. 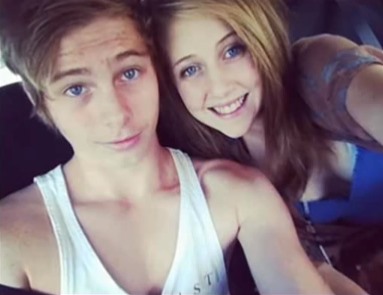 Luke Hemmings Underwear. Does he wear boxers or briefs? Based on the video below, where a French reporter asks them to strip to their underwear, Luke likes him his boxer briefs. And, incidentally, so does Michael Clifford.

Luke Hemmings Random Trivia. Michael Clifford says he would go gay for Pete Wentz, Ashton says he will do the same for John Mayer, and Calum Hood he will go gay for Kellin Quinn. What about Luke? Who will he go gay for? Well, it looks like he doesn’t have to travel far because the next video tells us that he will go gay for his own bandmate, Michael. See them make out:

Is that cool or what? Methinks this band and their shenanigans will not be a hit in the Bible belt. On the other hand, the younger generation are really more open minded than the previous ones so we won’t be surprised if girl teens from Oklahoma won’t mind if Luke and Michael kiss each other like they do in the vid.