Luke Guldan Shirtless Photos Update. We are updating this post to happily note that our Luke has successfully transitioned from being a fitness model to a true-blue actor with, to date, 31 acting credits to his name. One of his more recent acting gigs would be The Good Place where he played the role of the occasionally shirtless Chris Baker aka Chris the Mailman. 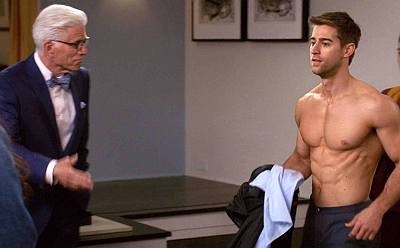 The hunky actor also starred as Billy on the first season of the CBS All Access TV series, Tell Me a Story, which re-imagines fairy tales as grounded in reality in present-day New York. Here’s a screencap from the show where our Luke is rockin’ a pair of briefs undies. 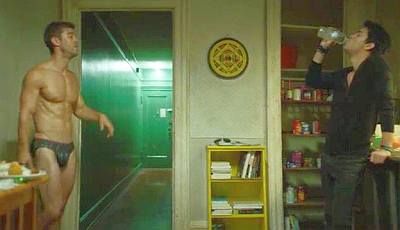 How do we know when a male model like Luke is famous? When you have fans drawing cartoon versions of the model, that’s how. Update: Oops, sorry, we had to delete Luke’s 2xist photos. But here are other — equally fantabulous — Luke Guldan pics. 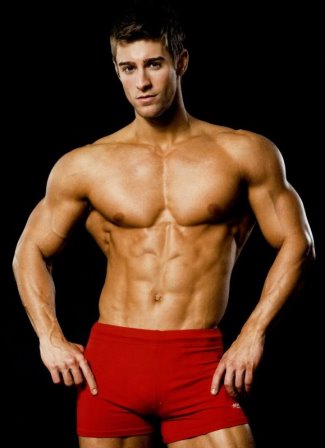 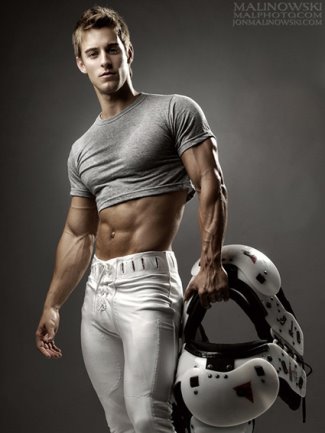 Luke Guldan Gay or Straight? (posted 26 January 2009). You loved our previous post on Luke Guldan so we decided to have another delicious serving of this truly beautiful man. Great body you’ve got there, Luke. 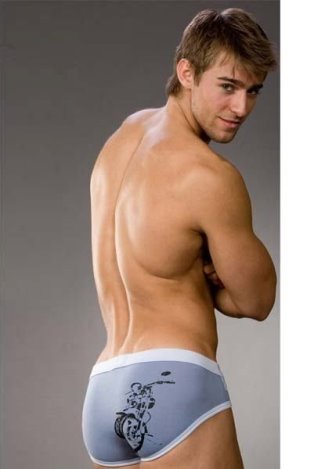 Is Luke Guldan gay? Well, we do not know. So we consulted our friends at gay-or-straight.com and, according to the voters of said site, our Luke is “quite straight”.

Here’s their gaydar score for Luke: “According to 46 visitors Luke Guldan is 65% gay. However, the average gay-rating on gay-or-straight.com is 69%, which means Luke Guldan is quite straight in comparison to other celebrities on this website.”

So there. Now you have the answer to your question. 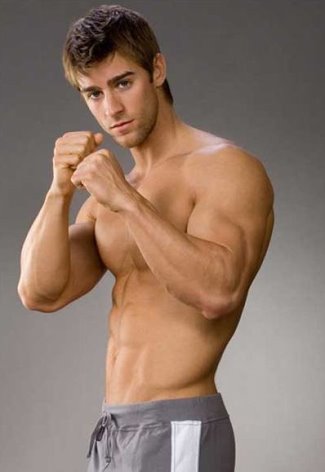 So that’s all the Luke Guldan photos we have for you today. If you wanna check out our other posts about other hot guys named Luke then continue reading. Hehe.