Luke Grimes Shirtless Hottie in Sweatpants. Wow! Our Luke has grown up and has managed to build a career in Hollywood! We are so happy for him. Back when we wrote the post below in 2009, he barely had any acting credit to his name on IMDB.

Now, he’s appeared in 24 movies and TV shows and is currently one of the lead characters on the TV drama Yellowstone. He was starred in other established TV shows like Brothers and Sisters as well as the HBO hit series True Blood. Oh, you might have seen him too in Fifty Shades of Grey. 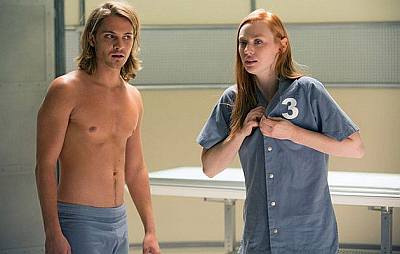 Initially, we thought he’s wearing underwear in the pic above but he’s actually in sweatpants. 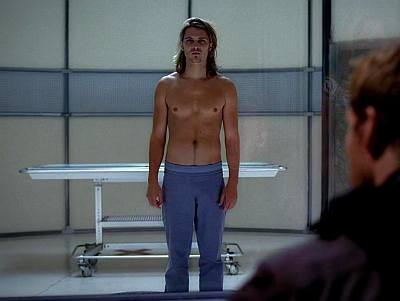 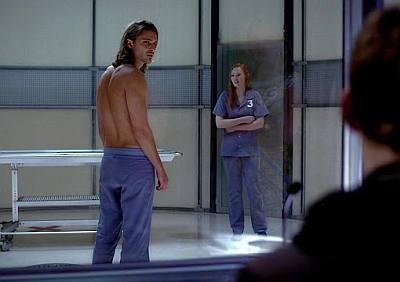 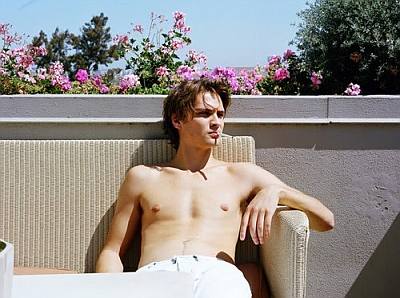 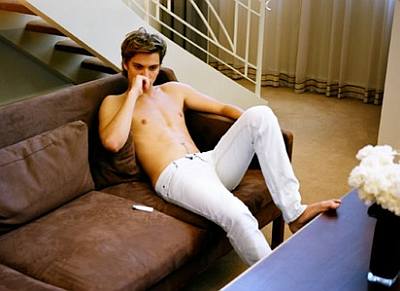 Here’s another shirtless Luke photo screencapped by auscaps.me from an episode of Yellowstone. 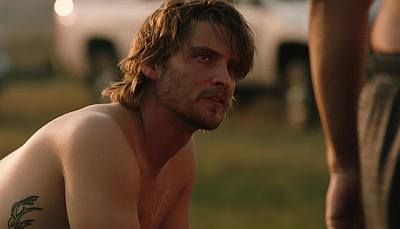 And this ones from Fifty Shades of Grey where he played the role of Elliot Grey. 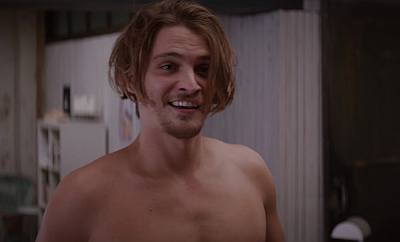 Luke Grimes Underwear. Luke is looking great in his boxer briefs underwear in this still photo from the 2006 horror movie All the Boys Love Mandy Lane. Why is he walking around in his undies? 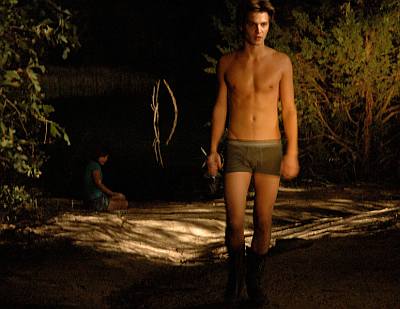 Luke Grimes Gay or Straight? He is straight and is dating actress girlfriend Gillian Zinser who starred on 90210. The two have been in a relationship since 2012. Here’s a lovely photo of the lovebirds. 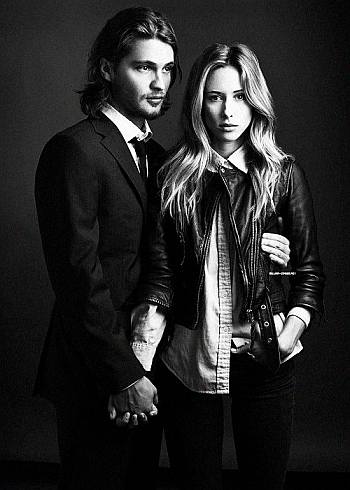 …..
Luke Grimes Denim Jacket (posted 12 February 2009). Luke Grimes is da hawtness, isn’t he? He looks ruggedly cute in his denim jacket. Or is that a shirt? It’s hard to tell from the photo itself. 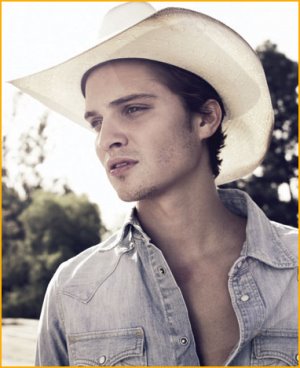 Anyhoo, our good friend Deena actually said, “Woof, woof” when she saw Luke’s photos and called him, “Da Hunky Dude”. Anyways, for those of you who are fans of Brothers and Sisters, we’re sure you already know that Da Hunky Dude is the newest member of the Walker clan. Congratulations Luke on getting your biggest break thus far. 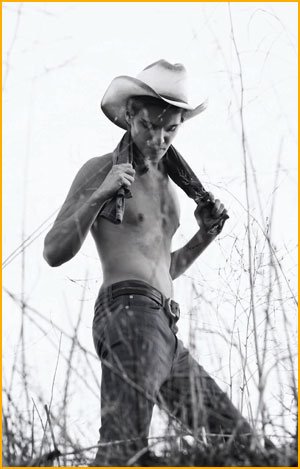