Luke Bryan Shirtless Photos. Since when did Luke Bryan become the Matthew McConaughey of the country music world? He has totally embraced the idea of going shirtless and and we are love, love, loving him for it.

Anyhoo, here are some shirtless photos of Luke Bryan. Which of these is your favorite? 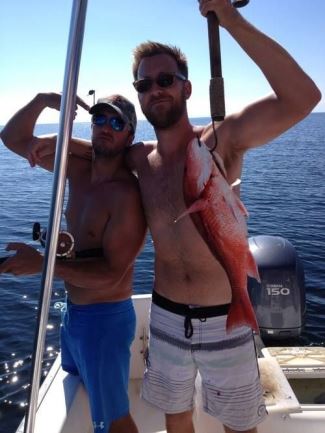 Luke Bryan shirtless while signing an autograph (we think). 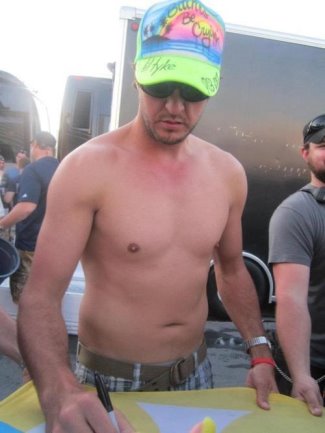 Luke Bryan shirtless with a horse. Reminds us of that stage play Equus. 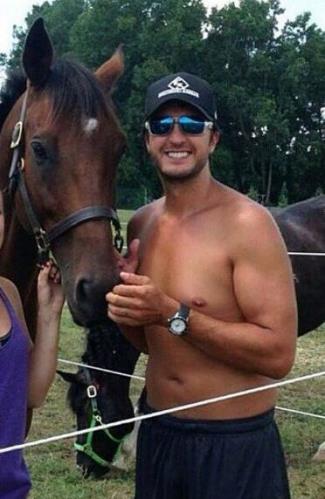 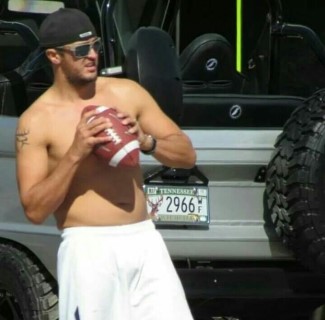 Is he a catcher or a pitcher? 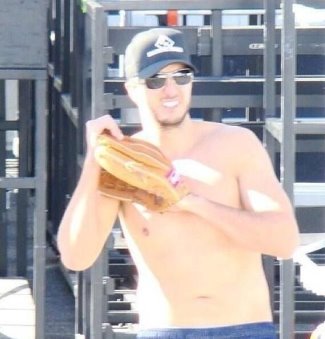 Luke Bryan shirtless with the bros. 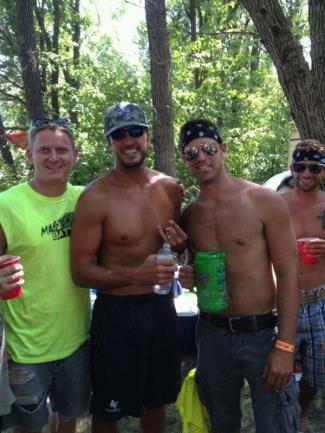 You know what’s missing that we’d pay a thousand bucks to pay? A Luke Bryan underwear photo. Hehe. Who wouldn’t want to see that? Let’s keep our fingers crossed that someday, he’ll be posing in his underwear a-la Darryl Worley. Or maybe he’d go swimming one day in his Speedo a-la Keith Urban (see these photos in our post on shirtless country singers).

Anyhoo, although we don’t have a Luke Bryan underwear photo, here’s a story about him and his underwear from cbs.com:

Singer Luke Bryan added a little sizzle to the Country Music Television Awards in Nashville Wednesday night when he tossed a pair of camouflage boxers into the audience.

Bryan, who pulled off the surprise of the night, taking male video of the year for “I Don’t Want This Night to End,” reminded fans that he had tossed his jacket into the audience when he won his first belt buckle two years ago.

“I threw my jacket off the stage and it was really expensive,” Bryan said. “I think it cost something like $4,000, and a lot of people were like, ‘Why did you that?'”

This year, he went for something cheaper but no less startling. He asked presenter Tom Arnold to pull a pair of camouflage boxers, wedgie-style, out of his pants and tossed them into the crowd. He called them his “lucky charm.” 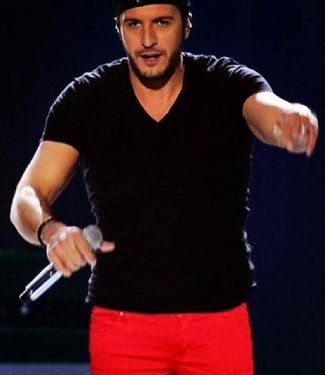 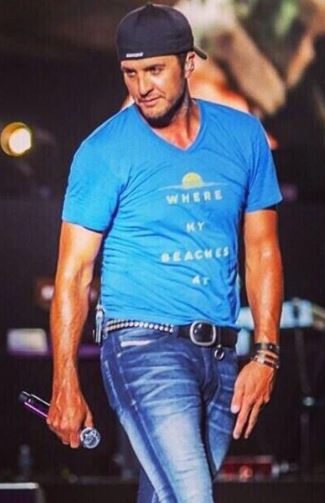 Whoa! Does he really wear leotards? Yes he did. But to be fair to him, he only did it to campaign for votes. Hehe. 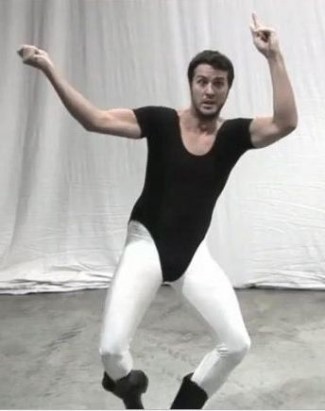 The leotard photo is our favorite. It says fun, fun, fun and makes us want to dump Blake Shelton (Luke’s gay-kissin’ buddy, btw) and, instead, pick Luke as our imaginary country singer boyfriend. But then again, in our imaginary world, its possible to have them both, right? Oh to be sandwiched between these two! 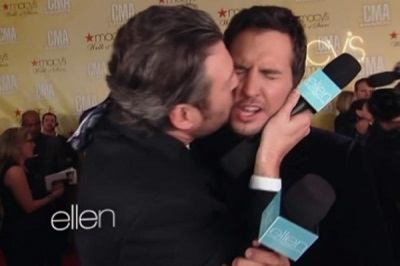