Low Rise Underwear for Men: Good for Slim Guys, Bad for Tall Boys? We’ve been blogging about men’s underwear for some time now but we’ve mostly focused on male celebrities and the brand of underwear they are wearing or whether they prefer boxers or briefs. This time we decided to be a little technical. [Want more men in briefs?]

We hear you going, “Duh! What’s technical about men’s underwear? They’re just underwear, silly!” To which we answer, “Heh! Do you know exactly what a low-rise underwear is? How do you differentiate it from a high-rise or a high-rise? More importantly, how do you know whether the low-rise briefs you buy is really suited for the kind of body that you have?”

Now, we must admit that we only have a vague and general idea about what a low rise underwear is, i.e., its that kind which should not be peeking out of your trousers when you go shirtless. Thankfully, the guys at askmen.com are more technically informed when it comes to what is low rise. They tell us that the waistband of low-rise underwear rests about three inches below the waist, mid-rise briefs sit two inches below the waist, while traditional briefs sits at the waist.

Now, should you or should you not wear low-rise underwear? As with all fashion choices, it all depends on your body type. The Underwear Expert (underwearexpert.com) tells us that if you are pear-shaped (i.e. your upper body is disproportionately slimmer than your lower body, resulting in a thicker waistline, wide thighs and ample butt), you should not wear low-rise briefs. Ditto if you are a tall dude (i.e., you stand at or above 6’2″/188cm).

On the other hand, if you are shortish (below 5’8″/173cm) or slim/slender/skinny, then low rise underwear is appropriate for you.

So now you know! Ain’t you glad we are taking a break from our usual male celebrity underwear stuff and going technical? 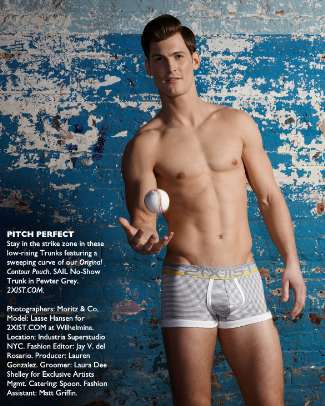 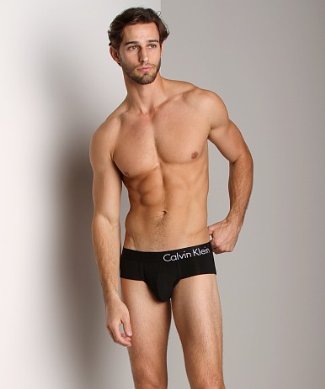 And last but not the least, from Dolce and Gabbana. 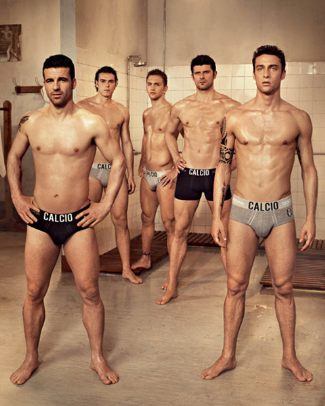