Louis Vuitton Mens Tuxedo Suits and Dress Shirts: Celebrity Style Watch. American male model Ben Hill in Louis Vuitton tuxedo suit for men. You could wear something like this to your prom, or wedding, or formal events that call for tuxedo suits. 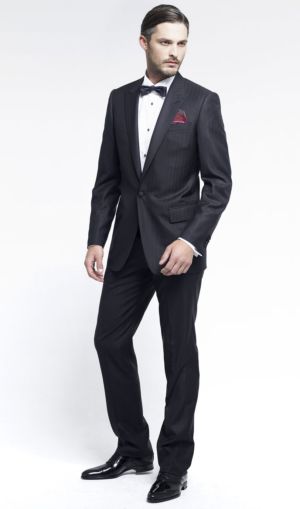 If you are going to a gay prom, you might want to go the unconventional route with this. Rebellious but still classy, huh? 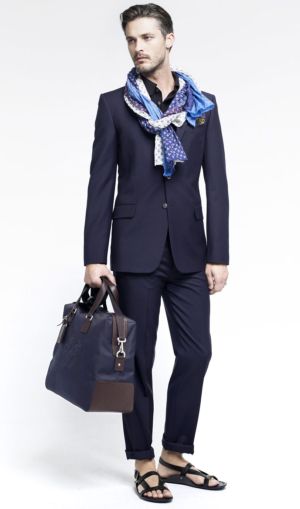 First up in our list is the sexy English actor that is Dominic Cooper who we last saw as Captain America’s best friend. We must admit that we cried when his character was made to fall from a train down to a deep icy ravine. Damn the Captain America script writer! Bring back Dominic in Captain America, please. 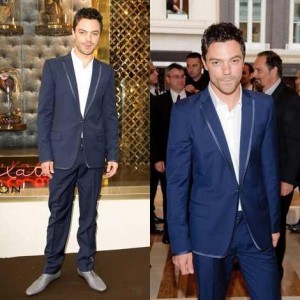 Anyhoo, our English stud is wearing a Louis Vuitton Dark Blue Wool and Mohair Suit above. Here’s what the suit looks like on male runway models wearing the LV suit from the brand’s Spring/Summer 2010 collection. We must say that suit fits on Dominic pretty well. 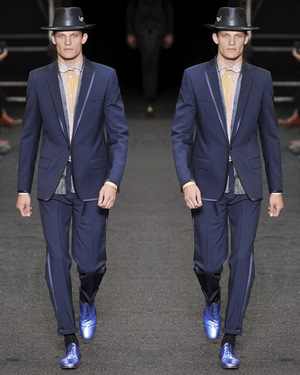 Freddie Fox, another actor from Merry Olde England, is wearing a burgundy wool tuxedo which is also from the Louis Vuitton Spring/Summer 2010 Menswear Collection. 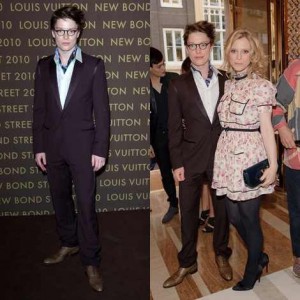 Finally, we have one of the most famous English hunks these days, Robert Pattinson, in another LV tuxedo suit. 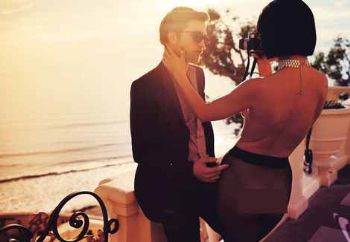 Let’s have a closer look at the suit since its hard to focus on in that RPattz picture. 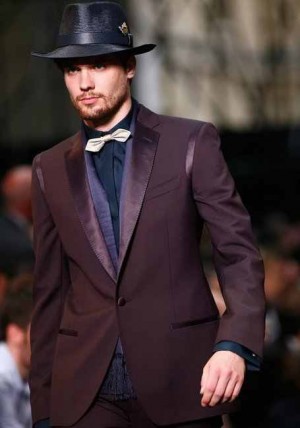 Louis Vuitton Spring/Summer Suits. Okay Famewatchers, which of the following suits from the LV suits is your favorite? 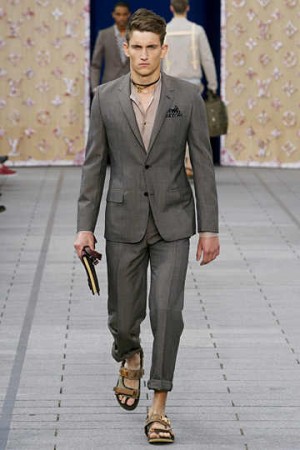 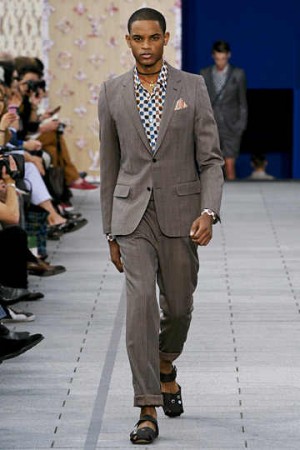 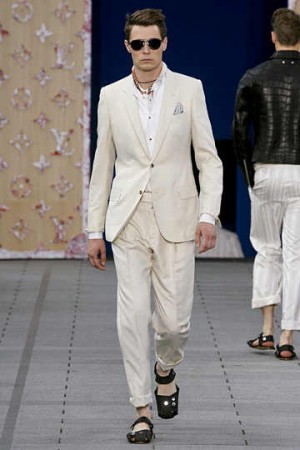 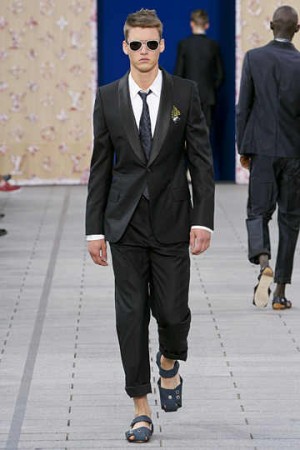 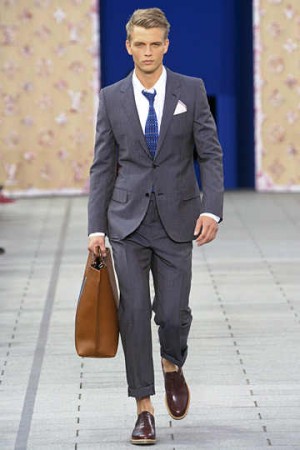 We’d still go for the classic black but we won’t be surprised if you pick one of the lighter colors which are actually appropriate for the Spring/Summer seasons. 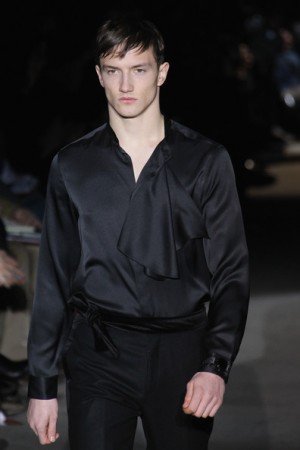 And kinda sexy too. 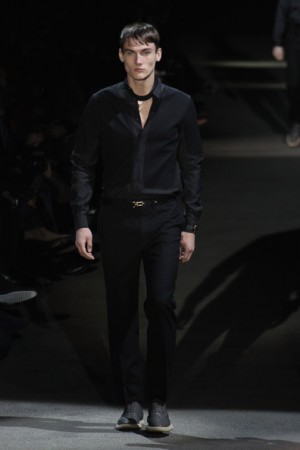 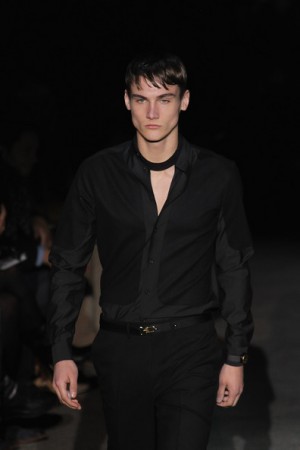 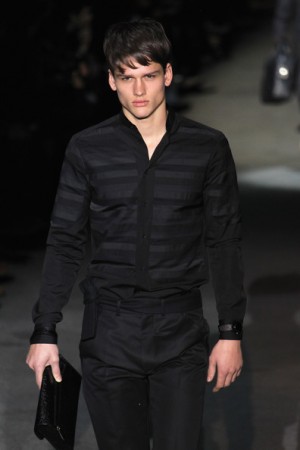