Louis Vuitton Mens Jacket or Coat. If you want proof that men’s fashion really don’t change that much, check out these photos of men’s outfits from the Louis Vuitton menswear collection from nearly a decade ago. Not much has changed. Same-O, same-O as Kevin would say. Want more mens winter coats?

Of course, you do! Who says you can’t look chic and fashionable even while bundled up? Certainly not these model guys and certainly not us Famewatchers. 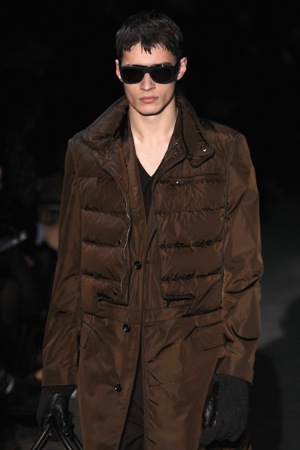 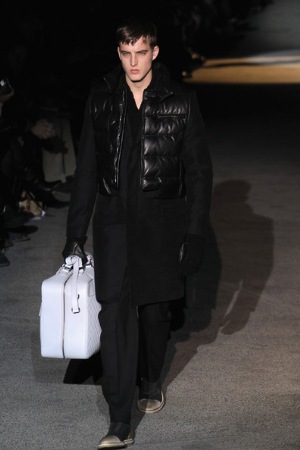 This hunk is cute and his bubble jacket is stylish but we can’t get over his vampiric whiteness. Twilight fans will, on the other hand, love him for sure. 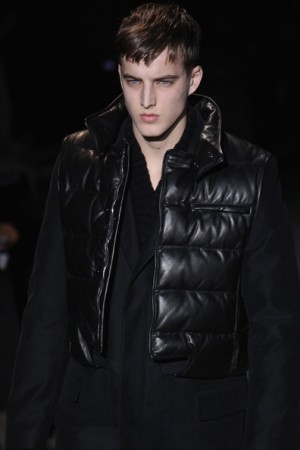 …..
Louis Vuitton Men’s Coats: 2011-2012 Collection (01 February 2011). Here’s more Louis Vuitton winter coats for the likes of our friend Steve who’s a Louis Vuitton fanatic (if there’s such a thing as a fashion fanatic). 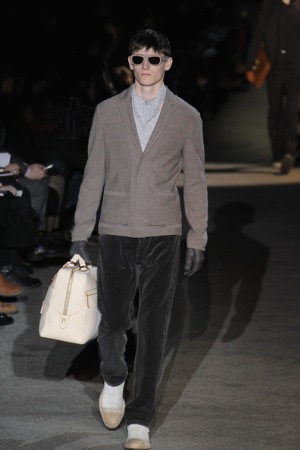 Does Steve like these three coats seen during the recent Paris Fashion Week? Ugh, that’s like asking whether camels like water or whether George Clooney is a hottie? The answer, of course, is “Yes! Yes! And a Big Fat Yes!” 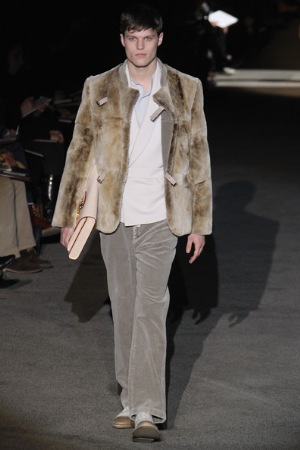 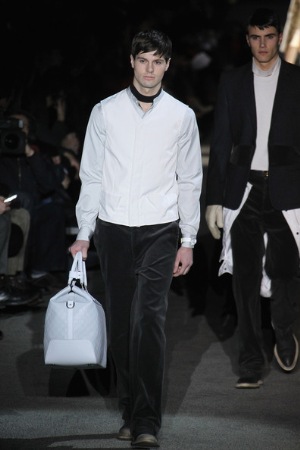 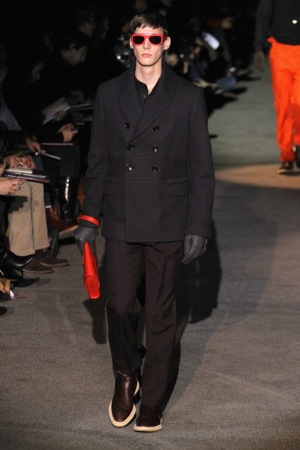 These ones are from the LV Fall-Winter 2011-2012 menswear collection featured during the recent Paris Fashion Week. 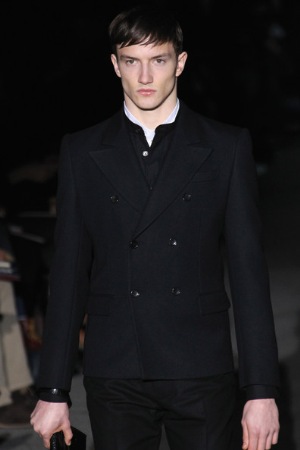 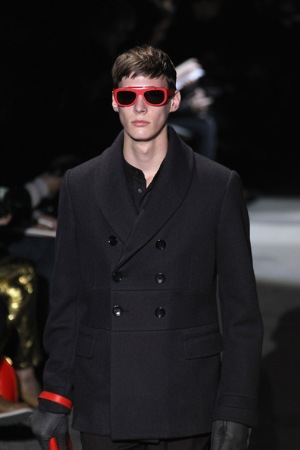