Louis Smith Girlfriend: Chantelle Hole – Modeling Photos. Sorry girls and hopeful gays. Louis Smith is off the market. The hunky British gymnast reportedly met his new beau – model Chantelle Hole – during a vacation in Spain and the two have been inseparable since then. Looks like they were made for each other, don’t they? 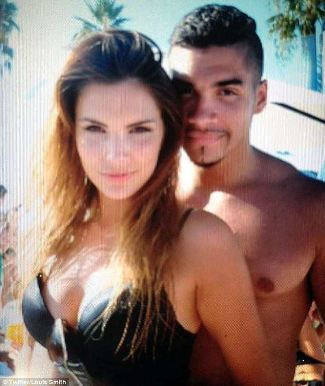 Want to see more of Louis? Check out his iPhone pics in an earlier post we wrote about him, Louis Smith: Black Male Olympic Gymnast is a Sexy Brit. 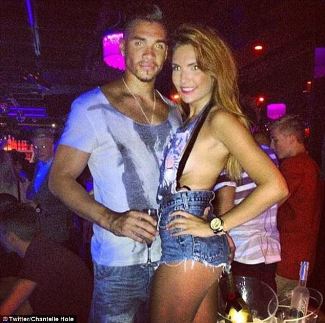 Want more details on how these two lovebirds hooked up? Let’s have an unnamed source, quoted by The People (via The Daily Mail), give us some details:

Since the Olympics, girls have been throwing themselves at Louis. Most just want their picture taken with him and he wasn’t interested in anyone else. But when he met Chantelle she didn’t even know who he was and Louis was completely infatuated with her. As soon as they spoke they just clicked and they have been inseparable ever since. They spent most of the holiday on nights out together.

So who is this Chantelle Hole and what kind of modeling has she done exactly? For those of you who are wondering whether she is really a model and not a “model”, be assured that she is a legitimate model who’s represented by the Base Models in London.

Her modeling profile tells us that she stands at 172cm, that her hair and eyes are brown, that her bust is 32B, that her dress is 8, that her waist is 26, that her hips is 31/79, and that her shoes is 4. Oh wait, we would have saved ourselves the trouble by simply sharing with you this video of Chantelle during a casting call:

We may not have heard of her in the past but she’s actually more of a model than those tons of girls that Tyra Banks picks for her modeling show, America’s Next Top Model. Here are some modeling photos of Chantelle which we grabbed from basemodels.co.uk 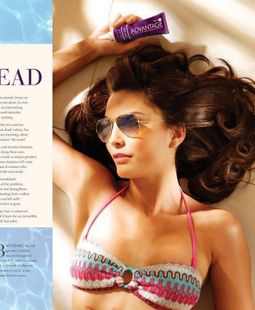