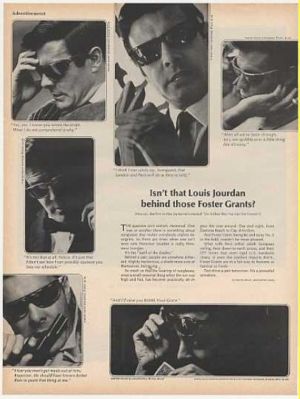 Also, as you can see in the next photo below. He looks really good in tank top shirts. Hehe. 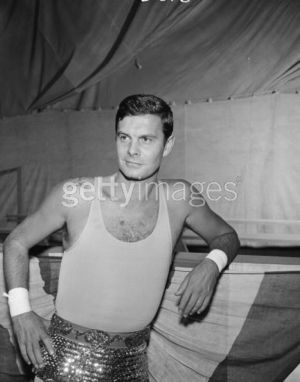 Seriously, Louis has 88 movies or TV projects to his name dating back from 1939 up to 1992. For American and other non-French movie watchers, his most prominent movie would be the James Bond movie Octopussy where he played the role of Prince Kamal Khan. According to wikipedia, Louis “Jourdan has two stars on the Hollywood Walk of Fame at 6153 and 6445 Hollywood Boulevard”.

Louis Jourdan Models For Christian Dior Suits: Here are two vintage print ads featuring our French hunk in Christian Dior suits. The first one’s from a 1972 advertising campaign. The suit, from the label’s Montaigne Collection, is reportedly made of pure wool and it makes our Louis “au courant wherever he travels”. 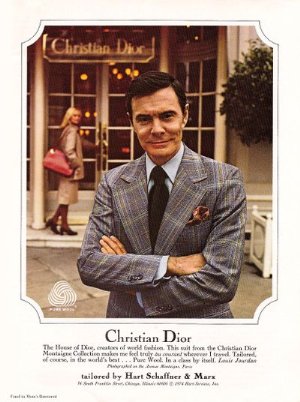 What the hell does “au courant” mean? According to answers.com it means “informed of current affairs” or up-to-date. [French : au, in the + courant, current.] Apparently, if you wear a Christian Dior classic suit, you’d appear very much informed. Or maybe the ad is saying that men who wear Christian Dior will be “in fashion” wherever they go.

Now, the next pic is from a 1976 Christian Dior magazine advertisement. In case you are wondering, that’s a sculpture by Edgar Degas our Louis is looking at. 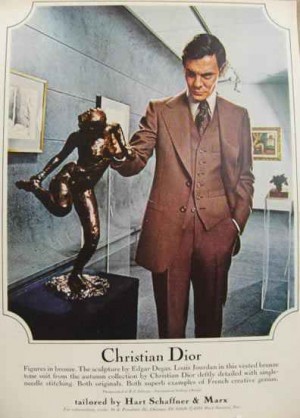 Louis Jourdan Shirtless Photos: Aha, the next photos are for those of you who are looking for shirtless pics of the French movie star/male model. He was a beautiful young man, wasn’t he? 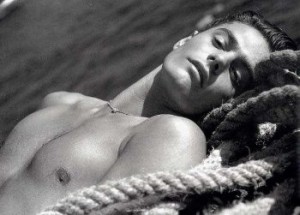 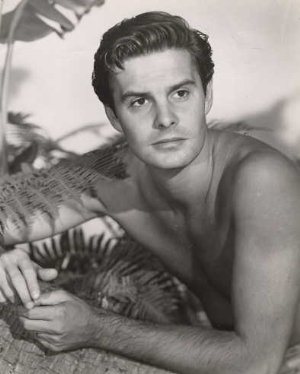 So sexy. So innocent. So shaggable.